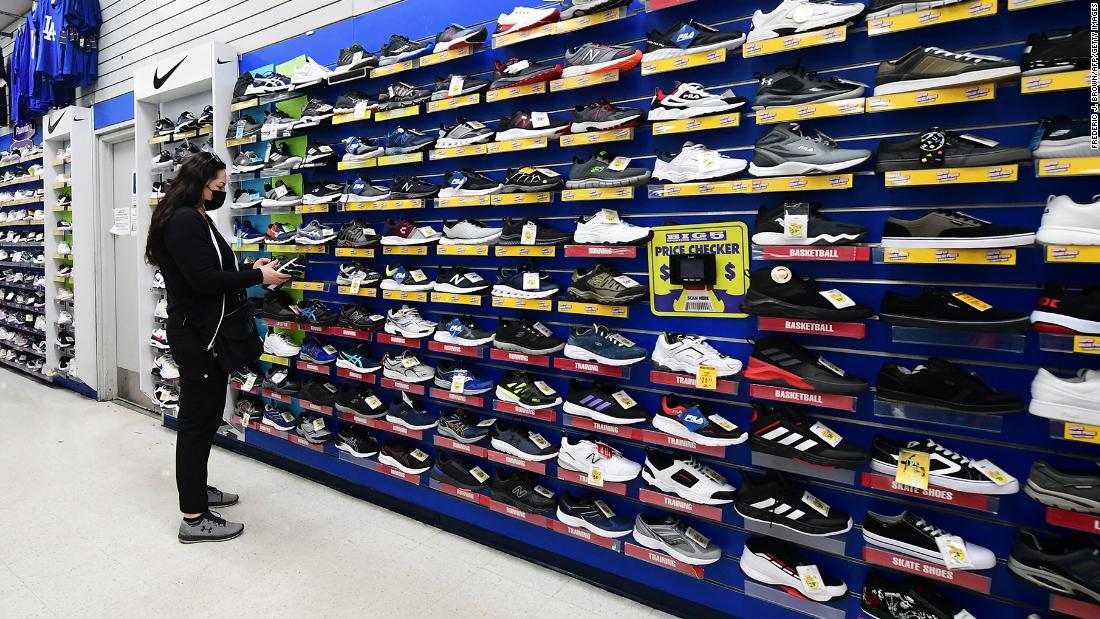 US retail sales rose by 3.8% in January from the month prior, adjusted for seasonal swings — more than the 2% increase economists had predicted. That puts the sales total at $649.8 billion for the first month of 2022, the Census Bureau reported Wednesday.
It was also a reversal of the decline reported in December, when earlier than usual holiday shopping left little for the last month of the year. The December drop was revised even lower in Wednesday’s report.

US retail sales have been on a roller coaster over the past few months due to the unusual shopping patterns of this most recent holiday season and headwinds from the Omicron wave, said economists at Action Economics in a note to clients.

The categories that registered stark declines at the end of last year posted strong gains in January. Online sales were particularly strong in January — rising 14.5% after posting an 11.4% drop in December. Home furnishing stores and department stores also posted sizable gains at 7.2% and 9.2%, respectively.

Sales at gas stations dropped 1.3% even as gas prices also fell by 0.8% in January, according to data released last week by the Labor Department. Americans may have been driving less in January as the Omicron wave prompted many to stay home and work remotely when possible.

Retail therapy in the face of inflation

Consumer prices nearly rose to a 40-year high in January. Economists anticipate prices will peak in the early months of the year and are hopeful inflation will begin to fall after that.

In the meantime, wages are rising for many Americans. And even though salary increases in many cases aren’t keeping up with inflation, additional cash in people’s wallets helps to drive spending.

“Consumers say they are worried about inflation, but they continue to spend,” said PNC chief economist Gus Faucher. “Even taking into account the December decline, retail sales in recent months have been increasing much faster than prices, so households are purchasing larger volumes of goods and services, not just paying higher prices.”
That’s good news for the recovery because the US economy needs consumer spending to grow.

That said, higher prices do affect people’s shopping choices: Consumers may not accept higher prices for much longer and will look to trade down to cheaper products or buy less altogether, say companies and analysts.

“Eventually, it moves to another phase where there’s inflation and a squeeze on the income,” Coca-Cola (COKE) CEO James Quincey told analysts last week. “It’s easier to do pricing in a stimulus environment where everyone else is going up. It’s much harder when there’s a real squeeze on income.”