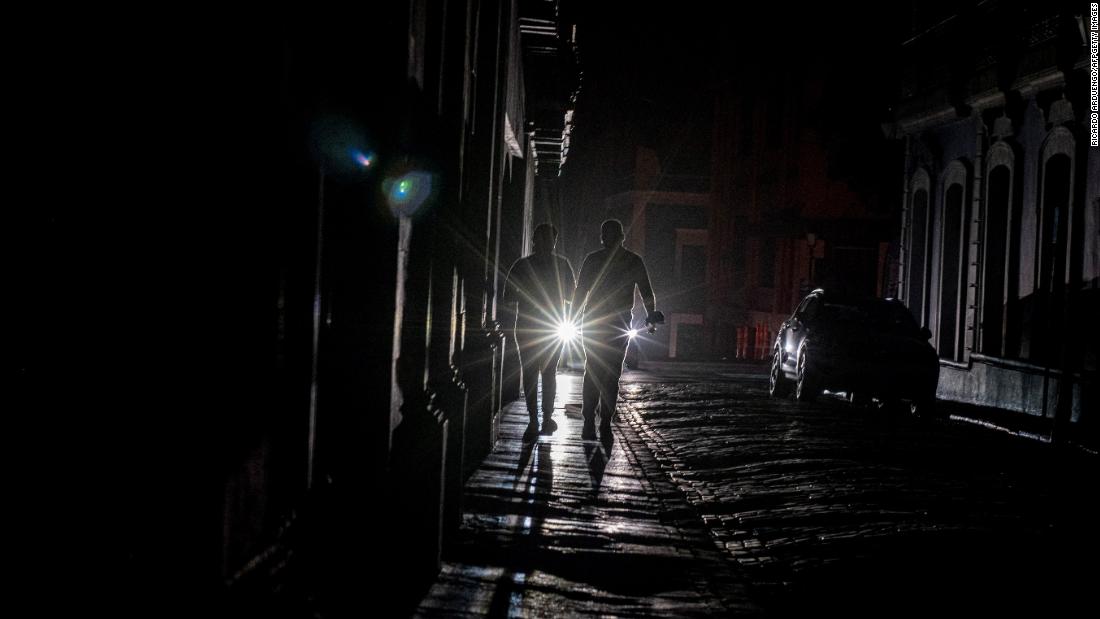 Most customers on the island of about 3.2 million residents still were without power Thursday morning, officials said.

An unspecified failure led to a fire at the Costa Sur power plant outside the town of Guayanilla on the southwest coast around 8:45 p.m. Wednesday, cutting power across the island, Kevin Acevedo, vice president of the Puerto Rican utility company LUMA Energy, said at a news conference. Firefighters have since extinguished the flames.

The exact cause wasn’t immediately known, the utility has said.

LUMA Energy expects power to be restored within 24 hours of the incident, Acevedo said at the news conference.

The power outage also has interrupted water service to about 100,000 homes and businesses, Gov. Pedro Pierluisi said, citing the island’s aqueducts and sewers authority.
Pierluisi suspended school classes across the island Thursday and told nonessential government workers to stay home. Only government workers “with essential and emergency functions will have to report to work,” Pierluisi said in a news release.

The intensive care floor at Mayagüez Medical Center, on the island’s west coast, temporarily was without power because of backup generator issues, prompting LUMA to especially focus on restoring power there, officials said.

Four patients on that floor were intubated, and would have been moved to a floor with electricity had service not been restored quickly, officials said earlier.

Puerto Rico’s airports were operational, and no flight cancellations were reported due to the outage, according to officials.

Police have a plan to help circulate traffic with the lights out, but “we ask for cooperation from drivers on the roads,” Pierluisi said.

Replacement parts at plant have been ordered, official says

Early Thursday, the utility said the “massive island-wide blackout” might have been “caused by a circuit breaker failure” at the Costa Sur plant.

Firefighters extinguished flames that affected two substations at the plant, the Bureau of Puerto Rico Fire Departments said on Facebook on Wednesday.

The cause of the fire is being investigated, Acevedo said Thursday morning, adding that the equipment was up to date on maintenance inspections.

Cleanup at the plant is underway, and replacement parts have been identified and ordered, Acevedo said.