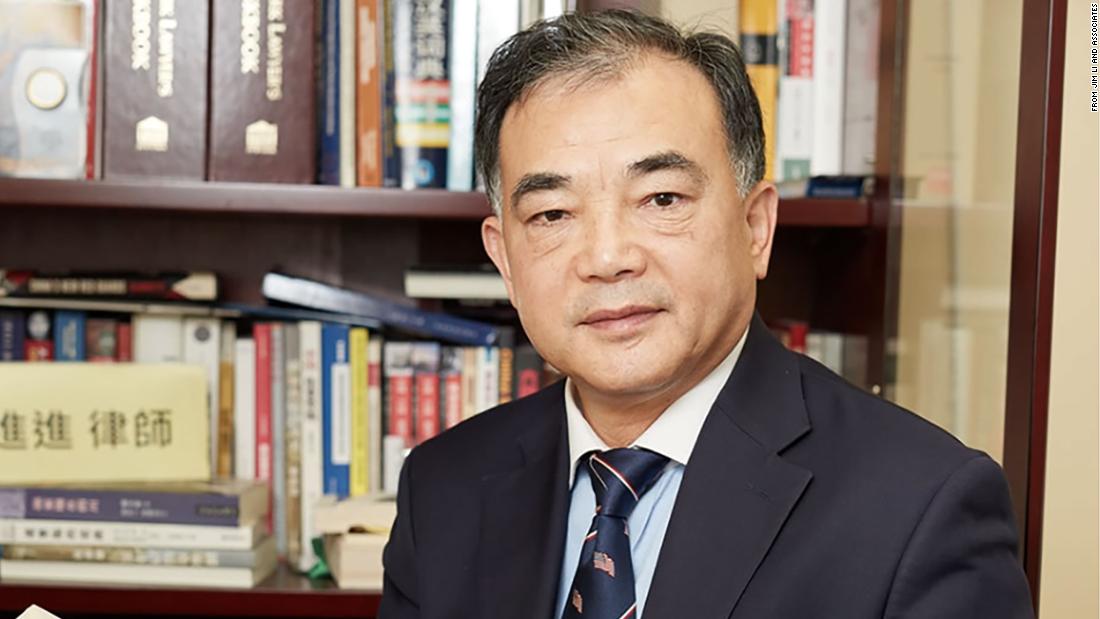 Jim Li, 66, moved to the United States in the early ’90s after being incarcerated for a year and eight months in Qincheng Prison, a maximum-security prison in Beijing, China. He became an immigration lawyer, often serving members of the community with pro bono services, Li’s friend Wayne Zhu told CNN.

On Monday, Li was allegedly stabbed four times in the neck and body by 25-year-old Xiaoning Zhang, according to the New York Police Department. He was transported to Elmhurst Hospital where he was pronounced dead.

Zhang has been charged with murder in the second degree and two counts of criminal possession of a weapon in the fourth degree, according to a criminal complaint. Zhang’s attorney did not immediately respond to CNN’s request for comment.

Li had been Zhang’s attorney for about two months, police say. What led to the attack is still under investigation, Detective Adam Navarro said. Police recovered two knives at the scene of the incident.

Zhu, Li’s friend, said Zhang and Li had a verbal altercation on March 11 about her asylum case, which resulted in a police response. Li did not want Zhang to be arrested and urged the police to “let her go,” Zhu said.

New York City has seen an uptick in violent crime in recent weeks, with the NYPD recording increases in every major crime category last month, compared to the same period in 2021.

In February 2022, murders increased by 10.3%, felony assaults increased by 22.3%, and overall crime increased by nearly 59% when compared to one year ago, according to the latest NYPD Crime Statistics report.

On Wednesday, a man was arrested in connection with the shooting of five homeless men in New York City and Washington, DC. Another man was arrested in Philadelphia after allegedly stabbing two staffers at the Museum of Modern Art in midtown Manhattan. And last week, an Asian man was hit with a hammer during a dispute. Hate crime charges have been filed against the individual involved.
To address the rise in crime, New York City Mayor Eric Adams has unveiled a Subway Safety Plan to respond to crime in the city’s transit system, and on Monday, the NYPD rolled out its Neighborhood Safety Teams initiative to battle an increase in gun violence.

Public safety begins with the right leadership, Adams said Tuesday, explaining that there shouldn’t be a “trade-off” with safety and justice.

“I am not going to allow the numerical minority that are the loudest to dictate how we’re going to keep my city safe now and what are we going to do in the long term,” Adams said during an episode of the “You and Me Both” podcast. “I tell people all the time, it is not what happens in tweets, it is what happens on our streets.”

Li is among at least 27 people who have been murdered in New York City this year, statistics show. Zhu said Li’s loss will be felt throughout the community, particularly for his assistance to recent immigrants from China.

“He’s a great man. He helped many people. Many people, they came from China and could not attain a lawyer. He offered pro bono service (to those) he did not know before,” Zhu said.