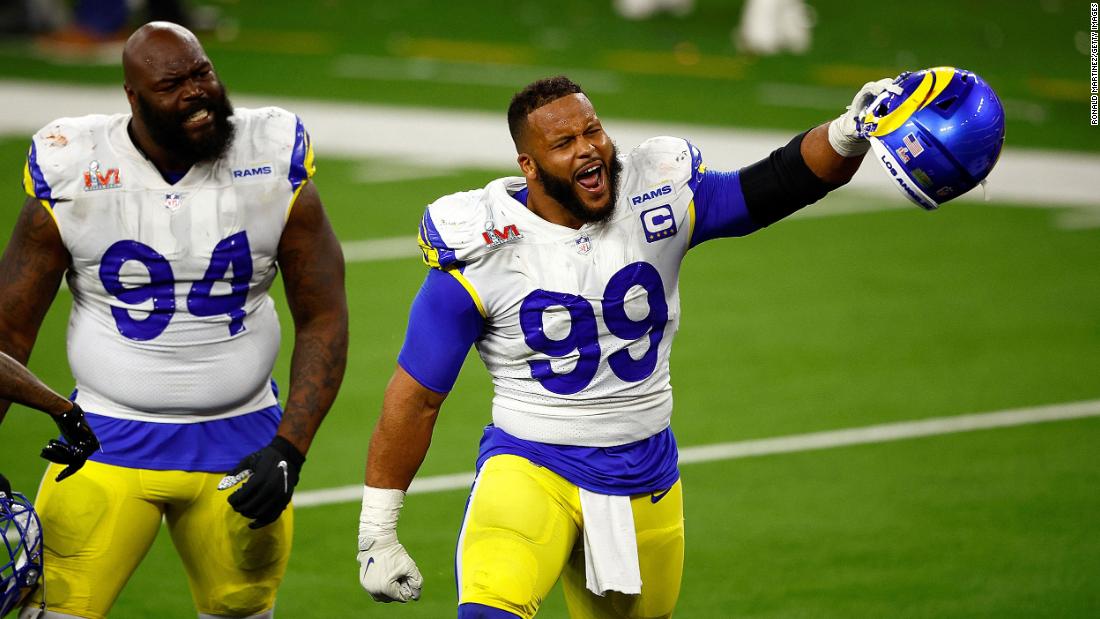 The suspenseful game ended with a fourth-down stop by Rams defensive tackle Aaron Donald to win it all. The big game took place at SoFi Stadium in Inglewood, California, and it was the second time in Super Bowl history a team played on its home field. The Tampa Bay Buccaneers were the first team to do so, last year at Raymond James Stadium.
“I’m just so happy, I wanted this so bad. I dreamed this, man. I dreamed this and it’s, like, surreal,” Donald said with tears in his eyes after winning. “It’s the best feeling in the world. God is great.”

Quarterback Matthew Stafford said he was proud of the team.

“There’s so many guys on our team that deserve this,” Stafford said.

The Rams controlled much of the first half, with receivers Odell Beckham Jr. and Cooper Kupp scoring the first two touchdowns of the day. The Bengals answered late in the second quarter with a trick play that led to a touchdown and an interception by safety Jessie Bates III.
Beckham — one of the premiere Rams receivers — left the game in the second quarter with a knee injury, according to the Rams’ official Twitter account.
A Bengals touchdown and interception within the first 22 seconds of the second half changed the tempo. Receiver Tee Higgins caught a 75-yard touchdown in the first 12 seconds of the half and 10 seconds later, cornerback Chidobe Awuzie picked off a pass from Stafford.
The fourth quarter began with uncertainty as to who would leave the game victorious, but it all came down to the last two minutes. After a long drive that included 15 plays — four runs and 10 passes — Kupp scored a crucial touchdown, giving the Rams a three-point lead. The Bengals had an opportunity to answer back, but were unable to convert on fourth down, ending the game.

Kupp — who had eight receptions for 92 yards and two touchdowns — was named Super Bowl MVP on Sunday. Kupp was also named NFL’s offensive player of the year Thursday.

The Rams came to the Super Bowl looking to redeem themselves after losing the big game in 2019 against the New England Patriots. That game saw head coach Sean McVay making his Super Bowl debut as the youngest ever to coach a team in the Super Bowl, according to the NFL.

Stafford also had something to prove. This was his first season with the Rams after playing his first 12 seasons in the NFL with the Detroit Lions. McVay said a few weeks ago the team wouldn’t be where it is today without Stafford’s leadership.

The Rams solidified themselves as “Hollywood’s Team” after returning to the City of Angels in 2016 from St. Louis. Between Los Angeles and St. Louis, the Rams have made five Super Bowl appearances, with their only other championship win in 2000, in Super Bowl XXXIV.

CNN’s David Close and Claire Colbert contributed to this report.