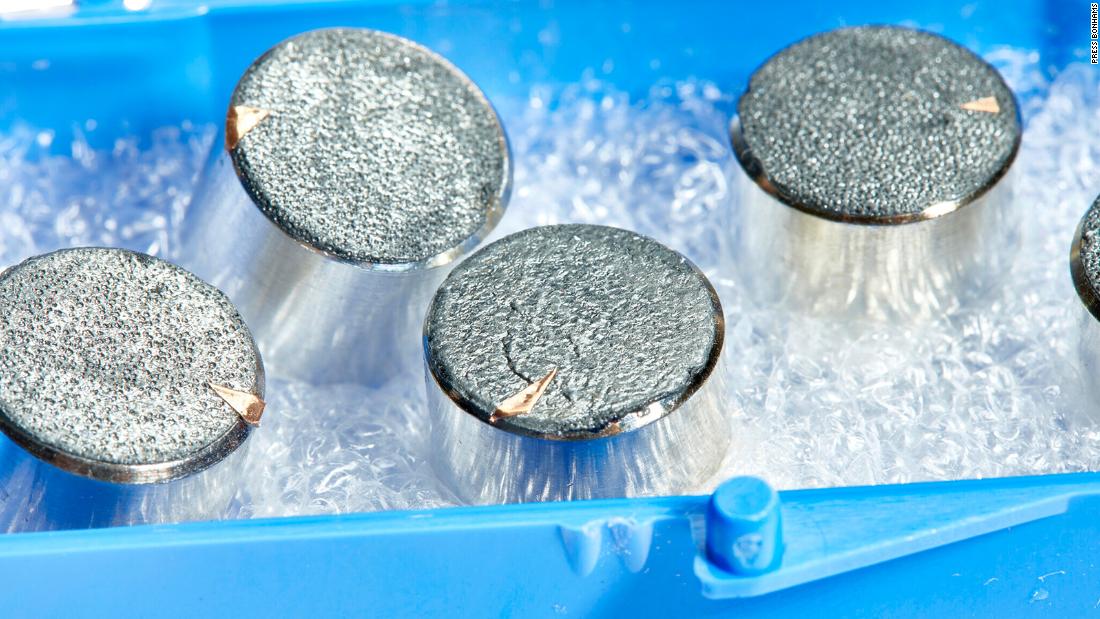 Bonhams, the auction company in charge of the sale, estimated the sample to be worth between $800,000 and $1.2 million.

It’s the only known lunar dust sample from Apollo 11 that can legally be sold, making it difficult for the auction house to estimate its value, according to Bonhams specialist Adam Stackhouse.

To determine the price range, Stackhouse looked at the other few lunar dust samples that have been sold as well as the significance of the historic event from which it originated.

“I think this estimate gives it a sense of importance,” he said, “but it’s really difficult to say where it will sell.”

The auction is not until mid-April, but people are already expressing interest, according to Stackhouse.

This particular Apollo 11 relic created some bad blood between its owner and NASA.

Armstrong brought the bag of lunar dust back to Earth, but NASA lost the bag after a loan-out to a museum. It became part of seized property when a space museum director was convicted of fraud and theft.

It ended up being auctioned off by the US Marshalls Service to Illinois resident Nancy Lee Carlson in 2015 for $995.

She sent the bag to NASA for help identifying where it came from, Stackhouse said. Once NASA realized the significance of the bag, the space agency refused to return it to Carlson, he said.

Auctioneer Sotheby’s sold the bag separately for $1.8 million in 2017.

Carlson is now looking to sell five metal pieces with lunar dust on top that are still in a container from NASA, Stackhouse said.

The auction company independently tested the material to confirm it indeed came from the moon, Stackhouse said.

Bonhams is selling the piece of space history on Carlson’s behalf, but she didn’t share with Stackhouse why she was interested in offering it for auction.

Officials at NASA did not immediately respond to a request for comment.

Other items up for sale

If you don’t have $1 million lying around, the auction house will be selling other space memorabilia — albeit still expensive.

Bonhams will also be selling a map of the moon signed by 15 Apollo astronauts, including Armstrong and Buzz Aldrin. It’s valued at $20,000 to $30,000.

If you’re interested in attending the auction, it will be held April 13 at Bonhams New York gallery.