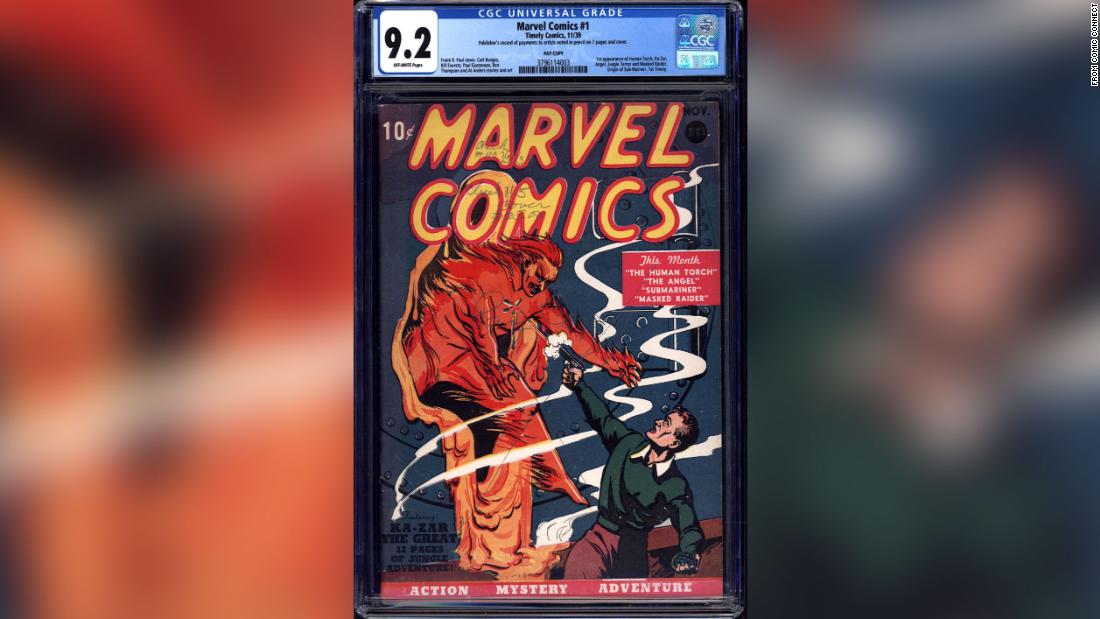 Marvel Comics No. 1 was published in 1939 and features such characters as The Human Torch, The Angel, Submariner and Masked Raider.

“This is the beginning. Without this, there would be no Marvel Universe, no Captain America punching Hitler, no Marvel movies, no Spider-Man, not even today’s superhero mythology as we know it,” says ComicConnect, the online marketplace that hosted the auction.

The comic book is a “pay copy,” meaning it includes the publisher’s handwritten notes on the payments owed to artists. Publisher Lloyd Jacquet used a pencil to record the amounts due to artists like Frank Paul, who worked on the cover. These notations add unique historical value to the comic.

Historical editions of Marvel Comics have fetched eye-popping amounts at auction, particularly when they feature iconic characters like Spider-Man or Captain America. Earlier this year, just one page of a comic book showing Spider-Man donning his all-black suit for the first time sold for $3.36 million.
Another copy of Marvel Comics No. 1, although lacking the notations that make the “pay copy” so valuable, sold for $1.26 million in 2019. At the time, the sale was the highest anyone had ever paid for a Marvel comic, according to the auctioneer, Heritage Auctions. In 2021, that record was seemingly broken when Heritage Auctions sold another Marvel comic, this one featuring Spider-Man’s origin, for $3.6 million.