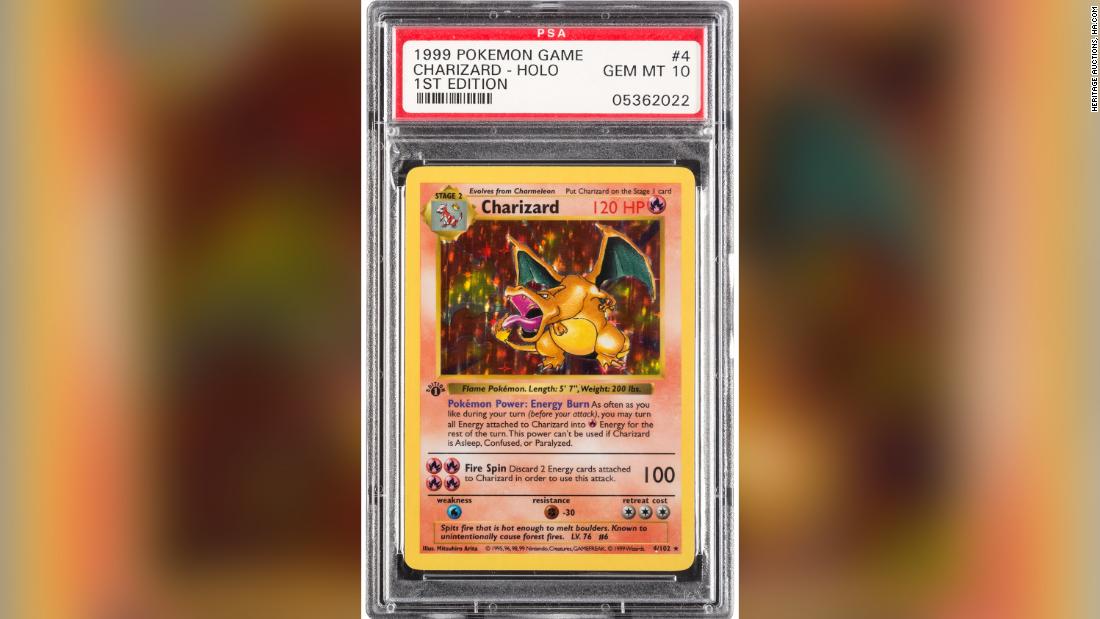 The Charizard card, sold by Heritage Auctions, drew widespread attention because it’s from the game’s first English print run and had been given a perfect PSA GEM-MT 10 grading. It’s one of only 121 to be given that rating, according to the auction house.

The sale was part of a larger trading card games auction, which included Magic: The Gathering and Yu-Gi-Oh! cards. In total, the auction netted more than $3.7 million.

“This sale reinforced the fact that demand for Pokémon cards continues its climb. We fully expected Pokémon and Magic: The Gathering to fare well, and they did.”

Since their introduction in the 1990’s, Pokémon cards have made a comeback and have even sparked a sales frenzy.

Last week, a Georgia man was sentenced to prison for using Covid-19 relief funds to buy a Pokémon Charizard card, the US Department of Justice said in a release. He purchased the card for $57,789.
In February, Goldin Auctions sold a rare 1998 Pocket Monsters Japanese Promo Illustrator Holographic Pikachu card for $900,000. Goldin says it was an “all-time record public sale for any Pokémon card.”