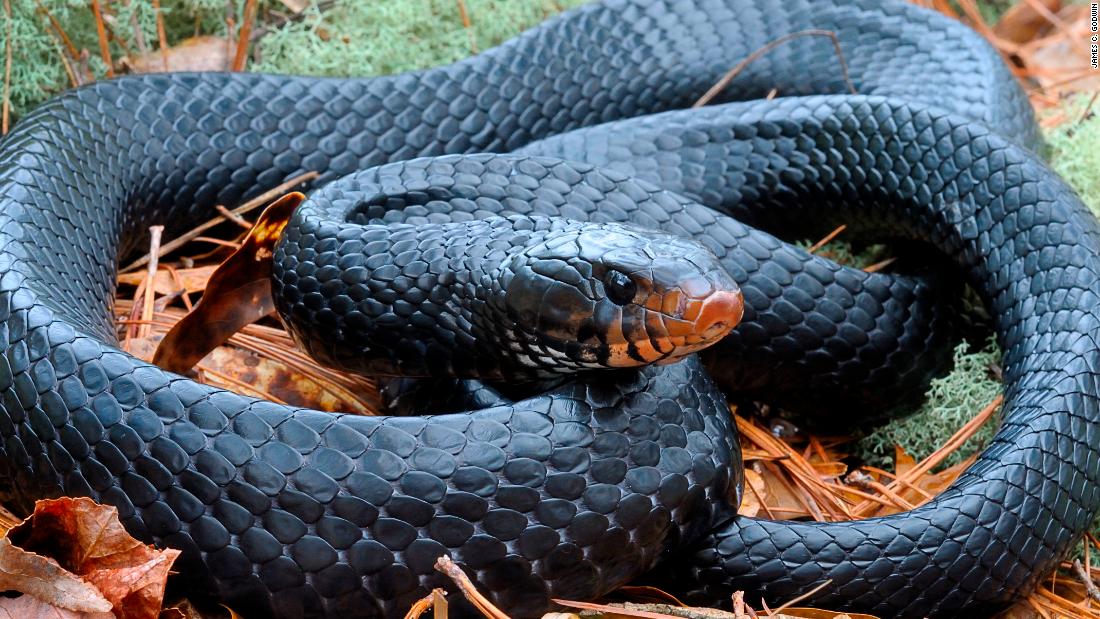 The discovery of a wild-born Eastern indigo snake marks the success of an intensive program to reintroduce the reptiles to the state.

“The snake found yesterday indicates the project is resulting in some thriving and reproducing indigos, just what we wanted!” the Alabama Wildlife and Freshwater Fisheries Division said Thursday on Facebook. “Reintroducing a species to its native range is a daunting task, and we celebrate each step of its success!”

The snakes, however, are a crucial element of the ecosystem. Jim Godwin, an animal biologist with the Alabama Natural Heritage Program administered by the Auburn University Museum of Natural History, told CNN that Eastern indigo snakes were historically the “apex predator” in the longleaf pine forests where they live. A decline in the snake’s population, therefore, has a “domino effect” on other species in the ecosystem.

So in 2006, a team of Alabama conservationists launched a project to reintroduce the Eastern indigo snake to the state. Starting with wild-captured individuals from Georgia, where the snakes are also found, they began to breed a captive population. In 2010, the first snakes from the captive population were released into Conecuh National Forest. The goal is to eventually introduce a total of 300 snakes to create a healthy and viable population in Alabama.

The discovery of wild-born Eastern indigo snakes means the released snakes survived and had offspring, providing a glimpse of hope for the species’ success in Alabama. “It is an excellent indicator that the snakes that we have released, which were born into captivity, have been able to adapt to the wild, are functioning as wild snakes, and are reproducing,” said Godwin.

The snake discovered was clearly wild-born due to two factors, according to Godwin: its small size and its lack of a PIT (or passive integrated transponder) tag. The hatchling was clearly smaller than those released from captivity, which were usually at least two feet long; the snakes can grow up to eight feet long in adulthood. And the released snakes are tagged with PIT tags, which have small microchips allowing researchers to identify each animal by its unique code.

The first wild-born Eastern indigo snake was discovered in Alabama in 2020, according to the Alabama Department of Conservation and Natural Resources. Both snakes were actually found by accident, according to Godwin, who explained “it’s difficult to just go out and do a search for them, because they’re small, and they can hide very easily.” During the winter, the project team monitors the burrows of gopher tortoises, where the adult Eastern indigo snakes breed in the colder months, in hopes of identifying the animals.

The reintroduction project has been an ongoing collaboration between Auburn University, the Alabama Department of Conservation and Natural Resources, the US Forest Service, the US Fish and Wildlife Service, and other partners, Godwin said.