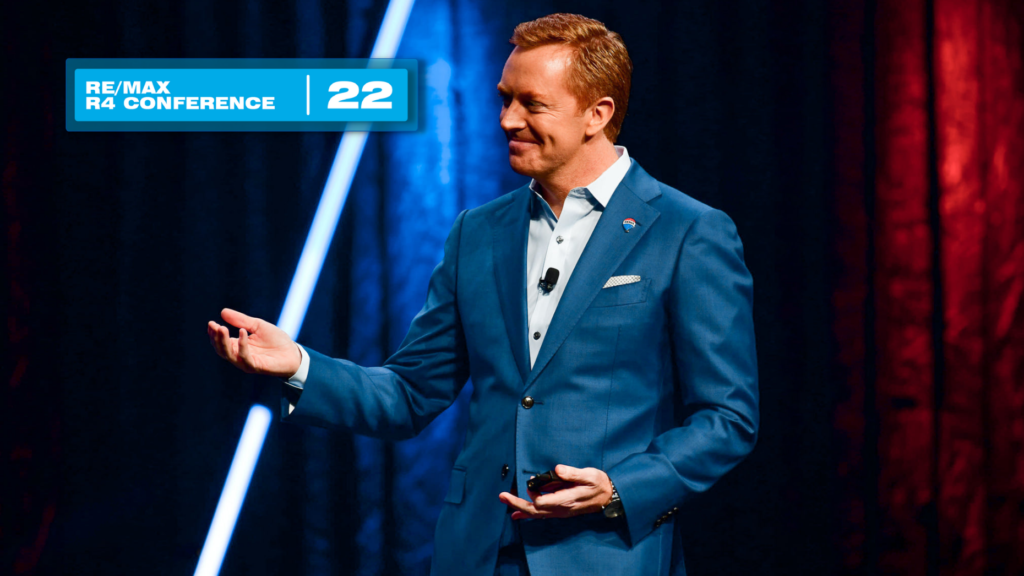 RE/MAX is one of the industry’s most recognizable and longstanding brands, with co-founders Dave and Gail Liniger being among the first pioneers of the franchise and teams model that many brokerages thrive on today. However, the 49-year-old franchisor has hit a plateau as the industry blazes toward a digitized future where innovation happens faster than ever.

At its annual conference this week, RE/MAX President and CEO Nick Bailey delivered an impassioned keynote speech that recognized areas for growth while lauding the company’s core strengths, which led its agents to close a record-breaking 2 million transaction sides in 2021. The franchisor’s Canadian agents led the way with an average of 20.4 sides per agent, followed by U.S. (16.3 sides) and international (9.9 sides) agents.

“We’re a company of firsts,” Bailey told the live audience of more than 7,000. “And now we’re the first (network) in the history of real estate to close 2 million sides in a year.”

He added, “Brand gives you a major competitive advantage. When you put on this [RE/MAX balloon] pin, it doesn’t just signal to buyers and sellers that you’re in real estate. Do you know what it says? You’re really good at it. People know and trust the brand. It’s working for you every day.”

Bailey went on to liken RE/MAX to his childhood home, which started as a one-story, one-bedroom home in 1911. Over the years, homeowners added their touches to the home that lovingly became known as “The Witch’s House,” thanks to the exterior’s dramatic spindles and fence. By the time Bailey’s parents finished their renovations in 1991, the home had expanded to a four-story estate that became the crowning jewel of his neighborhood’s annual Christmas tour.

“[The HOA] went to different houses every year except for one. Which one? The witch’s house, because it was always expanding. It was always changing. It was always fresh and it was super unique,” he said. “That house was on the tour every single year [and] raised the most money for the chamber out of any other house.”

“Now why am I telling you this story about my childhood home? There’s one thing in 80 years from 1911 that didn’t change about that house. The foundation. It was strong,” he added. “Our foundation is solid. Dave and Gail built this awesome foundation, and it just continues to expand and evolve, like getting fresh and new paint and new countertops. We continue to evolve.”

Bailey said RE/MAX’s future depends on strengthening its foundation, which includes tuning out unnecessary noise, properly contextualizing market trends and economic events — “Interest rates are going up. How many of you sold houses when interest was 18 percent? So are we really worried about four?” he quipped — and focusing on guiding consumers through shifts.

“We’re going to have good business, ladies and gentlemen, without a doubt,” he said. “Interest rates and economic inflation — we can’t control those things now, so we’re not going to worry about them. We’re going to get prepared for the market.”

“It’s like a storm. Some people get ready once the storm is coming,” he added. “There’s a difference between getting ready for a storm and preparing for a storm. We are preparing for what 2022 and 2023 will look like.”

From there, Bailey said RE/MAX will be “renovating” its technology for a more seamless agent experience. “We’ve done some major key acquisitions in the last few years of technology,” he said. “It’s had bumps along the way, and I know we’ve had some. You know how I know? Because you’re not afraid to tell us. But we love it.”

The first change is a streamlined MAX/Center experience, with agents being able to track their key performance indicators easier than before. The next big change will come at the end of 2022, with RE/MAX integrating agents’ customer relationship management database and First database. Now, Bailey said, agents will be able to access their database from one place.

“We have a lot of great tech and we’ve heard you you want it simple, and you want it easy to use and easy to access,” he said. “We’re on that mission [and that] doesn’t mean it’s all done today. But you can see the progress that’s made for the foundation that’s laid in front of us to continue on the path of one ecosystem, personalization and simplification.”

Beyond a revamped technology strategy, Bailey highlighted changes coming at the leadership level as RE/MAX Holdings CEO Adam Contos transitions out and interim CEO Stephen Joyce comes in. “He’s been with the organization 18 years, and he’s been an amazing leader and CEO for the organization,” he said.

Liniger, Contos and Joyce joined Bailey on stage to honor Contos’ contributions to the company and give him one more chance to address RE/MAX’s agents and brokers. “I want to say just a huge thank you. Thank you to all of you the agents, the broker-owners, the managers, the office staff, the regional owners and regional staff, the staff at RE/MAX headquarters, and Motto Mortgage and our incredible team,” he said. “This is an amazing organization and everybody’s here for the same reason. We help people realize their dreams and have a fundamental human need of shelter, a place to be happy and raise their families.”

He added, “Remember this every day, when you get dressed, start hitting the phone or get out to be with clients or get on video or emails or whatever. Hold up the mirror, and remind yourself of something, you are the best at what you do in this industry, you are truly the best, nobody in the world sells more real estate than RE/MAX, and it’s true. Be the best with your values, with kindness, with doing the right thing.”

Liniger said Contos has been one of the most solid CEOs RE/MAX Holdings has ever had, and their relationship will continue after Contos officially departs from the company in the coming months. “He wants to continue the incredible friendships that he has made with all the people at RE/MAX on this incredible journey, and we will continue to be best friends as long as I’m alive,” he said.

The trio assured RE/MAX Holdings will be in good hands with Joyce as the company kicks off the search for a permanent replacement, which is slated to take anywhere between six to 18 months. In the meantime, Joyce said he’s focused on helping RE/MAX expand into adjacent businesses and revitalize its franchise and teams model.

“Adam has started this great movement of expanding the growth trajectory of the company, and so part of my role is to help continue that and expand on that,” Joyce said. “What it means for the folks here, most of that expansion is around sort of adjacent businesses, that will make it better to be a RE/MAX broker or agent, that will provide more incentive and more monies to be part of the system, to join the system or to grow into a bigger company within the system.”

“As I look towards the future … I don’t need to come in and change the culture to be successful, I just need to help everyone around us on the board, identify the right opportunities that will enable this crowd to make more money and to be more stuck to RE/MAX and have others want to be part of this exclusive club.”