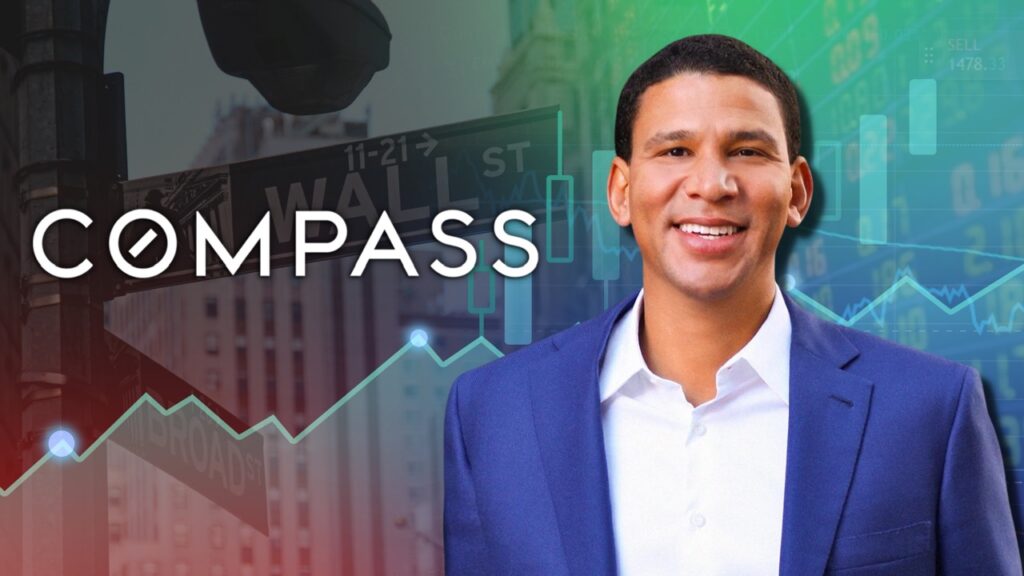 In a heartfelt letter posted on LinkedIn, Compass founder and CEO Robert Reffkin addressed his company’s stock market troubles and cast his vision for the future.

Although the tech-forward brokerage experienced a promising first-day pop that boosted its valuation to $7.3 billion, its first year as a publicly traded company has been a mixed bag of tremendous highs fueled by record revenues and rapid market growth, and troublesome lows on the stock market and in the courtroom.

Despite the challenges and added scrutiny that come with an IPO, Compass founder and CEO Robert Reffkin wrote in an impassioned letter on Friday he’s confident in his company’s path, which includes creating the best one-stop-shop transaction experience while dethroning the industry’s incumbents from their decades-long reigns.

“One year ago today, Compass became a publicly-traded company,” Reffkin said in the letter, which he posted on Linkedin. “Today, I’m proud to say that by every business metric, we’re in the strongest position we’ve ever been as a company.”

“The big exception is our stock price, which is down significantly largely due to many factors that are outside of our control like inflation, fear of low housing inventory, market turbulence caused by a war in Ukraine, and rising interest rates,” he added. “In 2001, after Amazon’s stock price had dropped 80 percent due to market-wide trends, Jeff Bezos reminded his team that the stock is not the company and the company is not the stock. Given how well our company is performing financially and operationally, that’s true for us, as well.”

Reffkin said despite Compass’ stock market woes that have razored its valuation to $3.17 billion, the company has plenty of headwinds to celebrate including $254.2 billion in 2021 annual sales volume, 169 percent revenue growth since 2019, a 5.6 percent national market share, robust transaction growth more than double the industry average in 2021, and the launch of several new platform updates at the end of last year.

“As you can see, we have many more tailwinds than headwinds,” he wrote. “But even more importantly, I believe the headwinds are temporary while the tailwinds are permanent. Once the markets have stabilized, we’ll still have all of these amazing tailwinds pushing us forward.”

“I have more conviction than ever before that we are going to build the future of real estate,” he added. “And these tough economic times actually make our success more likely, not less, because of how much we’ve invested and accomplished over the past 9+ years and how difficult it will be for others to raise capital to compete in this environment.”

Looking forward, Reffkin said Compass will continue to invest in ancillary services and bolster its technology experience for agents and consumers so neither party has to look outside of the company for their transaction needs. Reffkin also pointed to cementing Compass’ dominance outside of the industry by transforming it “into [a] trusted luxury brand on par with Mercedes Benz, American Express, and Apple.”

“We are so busy with the day-to-day that I’m not sure that many people can fully envision what Compass could look like in the years ahead,” he said. “Can you imagine when mortgage, title, escrow, home insurance and all the other valuable services that help home buyers, sellers, and homeowners are built naturally into the workflow and deliver immense value to you and your clients?”

He added, “[Can you imagine] when the majority of homeowners, buyers and sellers in the country have a Client Dashboard that encompasses all their real estate needs and they recognize that Compass is the only company that can provide them with it? [Can you imagine] when potential clients universally believe it would be irresponsible to not work with a Compass agent?”

Reffkin didn’t share specific plans for what may be coming down the pipeline at Compass in 2022; however, his top c-suite members told Inman in December Compass is out to play “the long game” as they push the pedal to the metal with market expansions, get OriginPoint off the ground through additional acquisitions, and perfect its growing tech stack.

“We’re focusing on the long game. It all comes back to the strategy of making sure that being able to buy and sell a home is as simple and pleasant of an experience as possible for the agent, and for the buyer and seller on the other end of the transaction,” Compass East President Neda Navab told Inman in December. “We’re staying focused on that [goal] through whatever 2022 may bring us.”

As the company heads into its second year on the stock market, Reffkin encouraged his agents and staff to stay focused realizing their “entrepreneurial potential.”

“At Compass, we’re driven by our commitment to empower agents like you to realize your entrepreneurial potential and deliver an exceptional experience to every buyer and seller,” he said. “You deserve the absolute best, but agents have been undersupported and underinvested in for far too long.”

“The work you do — helping people find their place in the world — matters,” he added. “It’s incredibly meaningful to every client you serve and to all of us.”