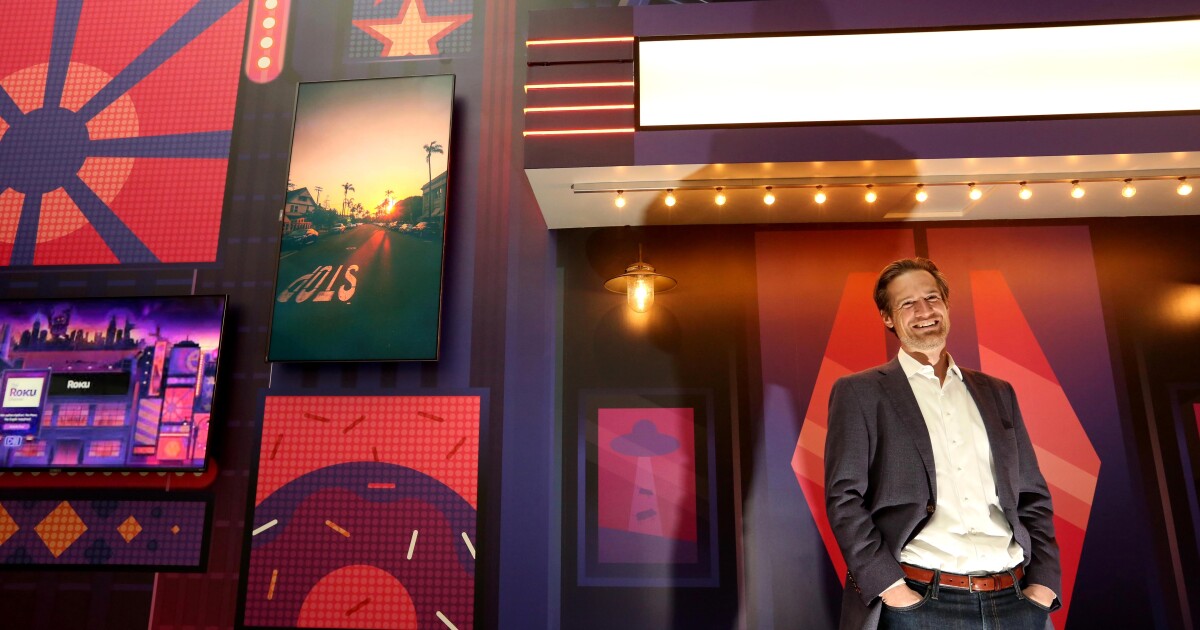 When the Roku Channel launched five years ago, it was a minnow in a sea of streaming giants.

The streaming channel mostly seemed like a footnote to the San Jose firm known for supplying software and devices that help consumers navigate Netflix, YouTube and other streaming services.

No more. Roku Channel is now the industry’s fifth most popular streaming service, according to Activate Consulting, with 80,000 on-demand shows and movies, more than 200 live TV channels and an estimated audience of 70 million viewers in the United States. And, in a bid to attract more eyeballs, the channel is making a big push into original programming, with plans to develop more than 50 original scripted and nonscripted shows over the next two years.

Roku’s deeper investment in original programming follows the playbook of Netflix, which began as a distributor for older, licensed movies and TV shows. Then it evolved to build a large library of its own original, award-winning content.

As it moves to become a content producer, the Roku Channel has expanded its presence in the Los Angeles area. Roku’s Santa Monica team doubled to more than 200 employees in 2021.

To accommodate its larger workforce, the Roku Channel is moving into larger digs early this year. The company, which previously had an office at the Water Garden in Santa Monica, has leased 72,019 square feet at the Colorado Center, according to L.A. Realty Partners.

“We actually outgrew the office that we left before the pandemic and have to open a new office,” said Rob Holmes, Roku’s vice president of programming. “It just reflects the size of Roku’s resources and the kind of investment in the L.A. area.”

Roku ventured into original programming when it acquired a library of more than 75 programs from Quibi. The now-defunct Hollywood streamer led by studio mogul Jeffrey Katzenberg and tech veteran Meg Whitman aimed to revolutionize entertainment with videos that were 10 minutes or less and featured A-list celebrities. The start-up threw a lot of money at its productions, spending as much as $100,000 per minute. But its app failed to garner a large enough audience and shut down in December 2020.

Many analysts believe Roku snapped up the Quibi library at a major discount — one person who was familiar with the deal who declined to be named said the rights were sold for less than $100 million.

Roku’s large distribution network helped some former Quibi shows — now billed as Roku Originals — thrive on the new platform. Among them is “Die Hart,” an action comedy featuring Kevin Hart going through action hero training school, that was quickly renewed for a second season on the Roku Channel. Also renewed was thriller “Most Dangerous Game,” with Academy Award-winning actor Christoph Waltz signing on for a second season.

“To be able to tell producers, talent and creators that you will get an audience at the size and scale that Roku can offer is such a joy because one of the most important things that anyone wants [to know] when they’re making a show is ‘who’s gonna see it and how do I make sure a lot of people see it,’” said Colin Davis, head of original scripted programming and a former senior content executive at Quibi.

Roku also is developing unscripted shows in categories such as competitions, lifestyle, travel, food and pop culture, adventure and exploration, as well as scripted dramas and comedies. Estimated budgets for scripted shows range from $500,000 to $2.5 million for half-hour episodes and $2 million to $4 million for hourlong episodes, according to one person familiar with the Roku Channel’s business who was not authorized to comment.

“We have platform-wide data that shows us the types of content that people that we’re targeting are watching, and from using that first-party data we’re able to develop sort of a sandbox for us to plan for where we should be developing and commissioning,” said Brian Tannenbaum, head of original alternative programming for the Roku Channel.

Last year, Roku bought “This Old House,” including its home improvement programs and television studio, and landed a deal with Saban Films to stream its movies to the Roku Channel after they appear in theaters.

The company already has development deals in place with production companies Hello Sunshine and Westbrook.

The Roku Channel is just one piece of Roku’s overall business. Since its founding, Roku has sold TV devices — hardware that users plug into their TVs to access Roku’s software, which connects them to various streaming services in one place. Roku also licenses its software to smart TV manufacturers and is the most popular television operating system in the U.S.

Roku gets a cut of subscriptions or programs sold through its service and also makes money selling ads across its platform and on its free streaming channel.

“The reality is you cannot be a successful streaming service in the United States today if you’re not on Roku,” said Jason Helfstein, an analyst with Oppenheimer & Co., who has an “outperform” rating on the stock. “That gives them power to make sure that they’re getting kind of fair economics from all of their content providers.”

Indeed, Roku’s profits jumped to $68.9 million in the third quarter, up from $12.9 million a year earlier, on revenues of $680 million. Revenues grew 51% over last year, driven in part by higher advertising sales.

Nonetheless, Roku’s stock price has taken a hit in the last year, which analysts attribute to the global shipping challenges facing manufacturers. Roku’s share price, which closed Tuesday at $185.70 a share, is down 54% from a year ago.

The channel’s rapid growth made it an attractive option for the producers of a Christmas movie based on the canceled NBC TV series “Zoey’s Extraordinary Playlist,” a comedy about a tech employee who can hear people sing their innermost feelings.

The new movie, called “Zoey’s Extraordinary Christmas,” premiered last month and was the most-watched film on the Roku Channel on opening weekend.

“It has done incredibly well,” said Jim Packer, president of worldwide TV and digital distribution for Lionsgate, which produced the film. “I feel like it was a very good move for both companies.”