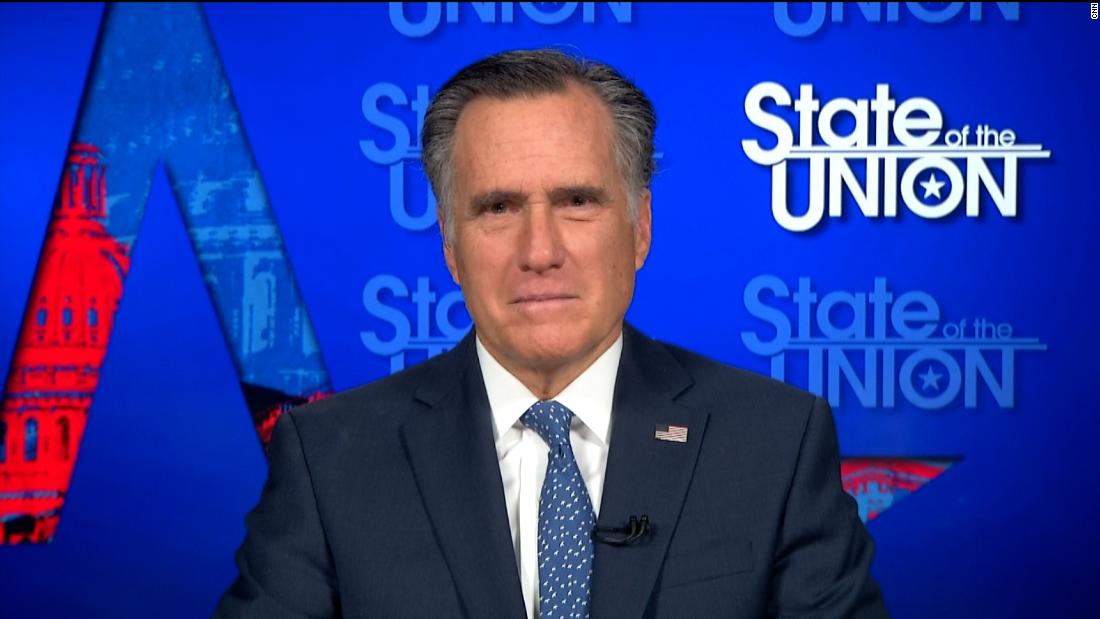 “The world is behind the people of Ukraine. … The Russian government is a pariah and the entire world should be protesting and letting Russia know how badly they’re seen on the world stage,” Romney told CNN’s Dana Bash on “State of the Union.”

The comments from Romney, who in 2012 while running for president called Russia “our No. 1 geopolitical foe,” come as Moscow has unleashed military and cyber attacks against Ukraine. In response, the US and Western countries have imposed several sanctions on Russia, targeting its banking, aerospace and technology sectors.

Asked by Bash on Sunday if the sanctions were the right move and what additional steps the US could take, Romney, a member of the Senate Foreign Relations Committee, said Washington should “keep cranking that up.”

“As (Senate Minority Leader) Mitch McConnell said, you can’t get the sanctions too high. At the same time, recognize that for the sanctions to be most effective, you want them to be shared with our allies around the world. We want to all be together on this. So, we can only go as fast as everybody wants to move together. So that’s critical. But those sanctions will have an impact,” he said. “Let’s keep on cranking up the sanctions against what is an evil regime.”

And while Romney and other Republicans have called for more sanctions against Russia and denounced Putin, some GOP members, including former President Donald Trump, have praised him and blamed President Joe Biden for the invasion. Romney criticized some of the pro-Putin rhetoric coming from corners of his own party, saying Putin “has been an adversary of America at every chance he’s had.”

“It’s unthinkable to me, it’s almost treasonous and it just makes me ill to see some of these people do that,” he told Bash. “But, of course, they do it because if they get shock value and it’s good to get the more eyeballs and maybe make a little more money for them or their network. It’s disgusting.”