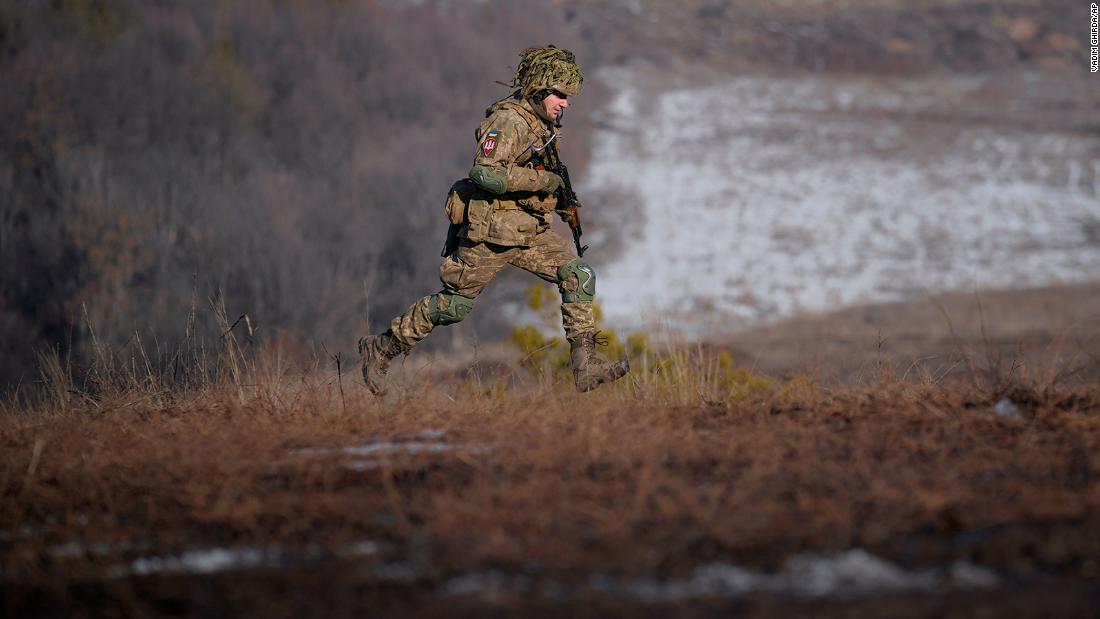 The total number of Russian troops at the border has increased in recent days to more than 148,000, including more than 126,000 ground troops, the report says, echoing US intelligence about the build-up. A Ukrainian presidential spokesperson affirmed the reporting in comments to CNN ahead of an address by Ukrainian President Volodymyr Zelensky.

On Tuesday, Russian President Vladimir Putin said Moscow was sending some of its troops at the border back to base after completing exercises. On Wednesday, NATO Secretary General Jens Stoltenberg rejected Putin’s claim and said the military buildup was continuing, describing it as “the most serious crisis in decades.”

A statement by NATO later on Wednesday said the buildup was “very large scale, unprovoked and unjustified.” NATO also said it was deploying additional land forces in the eastern part of the alliance, in addition to maritime and air assets. The measures, the statement said, remained “proportionate” and “non-escalatory,” in response to the “serious threat” of the Russian troop buildup.

“Unfortunately there’s a difference between what Russia says and what it does. And what we’re seeing is no meaningful pullback,” Blinken said on ABC’s Good Morning America.

“On the contrary, we continue to see forces, especially forces that would be in the vanguard of any renewed aggression against Ukraine, continuing to be at the border, to mass at the border,” he said.

According to the new Ukrainian intelligence report, 87 Russian Battalion Tactical Groups (BTGs) are on constant alert around Ukraine, up from 53 which are usually based in the area. BTGs are formations that consist of 800 to 1,000 Russian troops.

The numbers are consistent with the latest US assessment of the Russian troop buildup, but deviates from Western statements by playing down the threat of a full-scale invasion.

“The Russian military contingent near the Ukrainian border is insufficient to carry out a successful large-scale armed aggression against Ukraine,” the report said.

Instead, Ukrainian intelligence believes that Russia has focused its efforts on “destabilizing Ukraine’s internal situation” using punitive economic and energy-related tactics, as well as cyberattacks.

Dozens of Ukrainian websites belonging to government agencies and banks have been targeted by cyberattacks in recent days. It is not clear who was responsible for the hacking incidents, but Ukrainian authorities have blamed Russia.

The Ukrainian intelligence report also accuses Moscow of carrying out a “creeping Russian occupation of Belarus,” suggesting that Russia continues to bolster its air and missile forces in the country, which borders both Russia and Ukraine.

The report describes Belarus as a “full-fledged theater of operations” that Russia can “use to expand its aggression in Eastern Europe.”