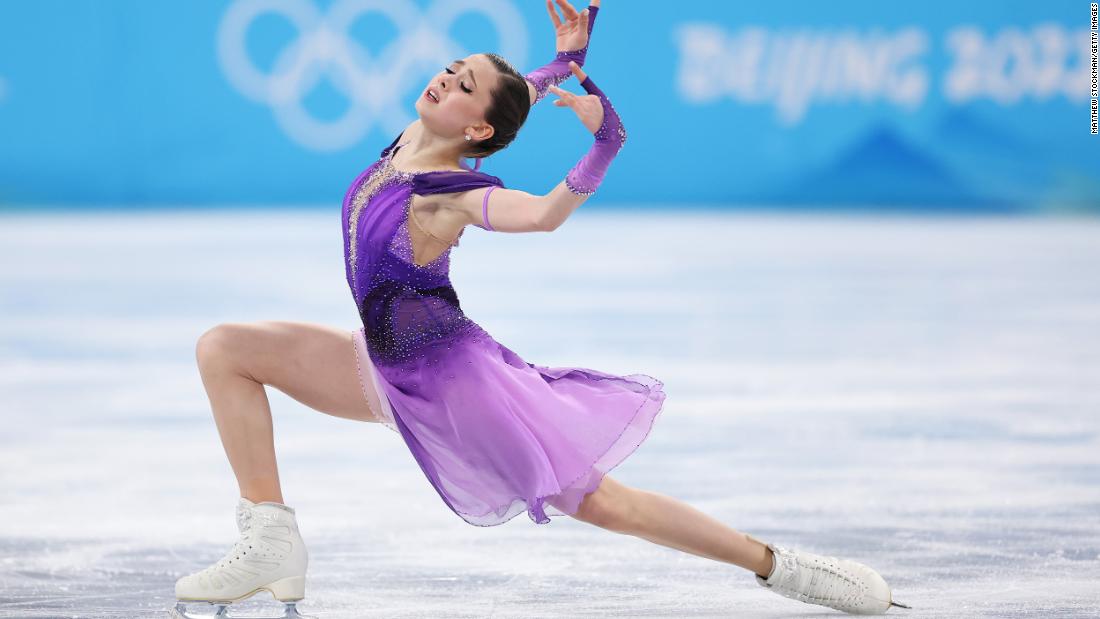 Two of those substances, Hypoxen and the supplement L-carnitine, are not banned by the World Anti-Doping Agency (WADA), which regulates the use of drugs in international sport. Valieva declared both of these on a doping control form, according to a court application allegedly filed by the World Anti-Doping Agency (WADA) in a case raised after it came to light that Valieva tested positive for a banned substance in December.

The London-based Dossier Center, an investigative website run by an exiled Russian businessman, published part of the WADA court application online and it was reviewed for CNN by Travis Tygart, head of the United States Anti-Doping Agency (USADA). The Dossier Center did not publish the doping control form or the test report exhibited in the case, and CNN has not reviewed them.

CNN has reached out to the CAS and the parties involved in Valieva’s arbitration hearing to confirm the validity of the court application published by the Dossier Center and has yet to hear back. CNN has also reached out to the WADA accredited lab in Sweden which tested Valieva’s sample from December for comment. Tygart, who is not involved in the investigation into the Russian skater, described the application published by the Dossier Center as “accurate and legitimate.”

The 15-year-old skater has been in the spotlight since it emerged days into the Olympics that she tested positive for the banned heart drug trimetazidine, which experts say can enhance endurance. Valieva has sought to blame the positive test on contamination from medication taken by her grandfather, an IOC official familiar with the CAS hearing said on Tuesday.

The presence of the additional substances raises further questions about the skater’s drug use, according to Tygart. USADA tried to ban Hypoxen in 2017 due to its performance-enhancing capabilities, but that ban was not implemented, Tygart told CNN.

“It raises a whole host of questions that have yet to be determined and what appears to be the case of a pretty deliberate attempt to use substances in order to enhance performance,” Tygart said.

“The picture it paints is, you’ve got a ​15-year-old. Does she have the wherewithal and the knowledge and the financial resources to find and use two drugs, one of which is prohibited TMZ (Trimetazidine) and another one Hypoxen, [along with] L-carnitine (a supplement) — to increase endurance and reduce fatigue?,” he said.

According to the application published by the Dossier Center, Valieva’s mother testified in a provisional hearing that the athlete took one of the substances, Hypoxen, “to treat ‘heart variations.'”

Supradyn, which can be used as an immunity boosting supplement, was also listed on Valieva’s doping control form, according to the application.

Valieva’s positive test for trimetazidine, though taken in December, was only analyzed and reported to Russia’s anti-doping agency in February, resulting in Valieva’s suspension on February 8 — a day after she helped propel the Russian Olympic Committee (ROC) to a gold-medal finish in the figure skating team event.

But the skater was reinstated after an appeal, and the CAS on Monday allowed her to compete in the Olympics, citing specific provisions related to her protected status as minor, while investigations into any doping violations by Valieva and the adults responsible for her training continue.

An emotional Valieva came out at the top after the short program of the women’s singles competition on Tuesday. She will compete in the second portion of the event — where she is the favorite for gold — on Thursday.

Russian athletes competing at the Olympics are already under the shadow of a history of illegal doping: WADA barred Russia from international competitions in 2019 over doping violations. Under the ban set to expire later this year, they’ve only been able to participate as neutrals in the Games.