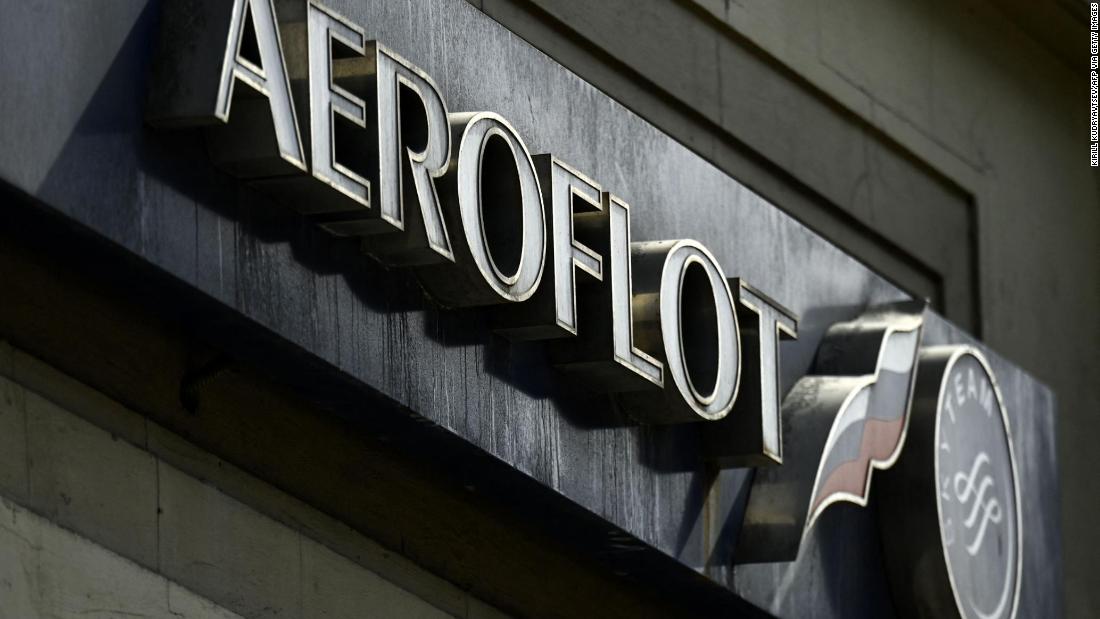 (CNN) — The reservation system that is the backbone of airlines around the world has terminated its agreement with Russian government-owned carrier Aeroflot, crippling its ability to sell seats.

The technology company Sabre says Aeroflot has been removed from its global distribution system, meaning Russia’s largest airline will not be shown in its “marketplace used by travel agencies, travel websites and corporations around the world to shop, book and service flight reservations.”

“Sabre has been monitoring the evolving situation in Ukraine with increasing concern,” said Sabre CEO Sean Menke in a statement. “We are taking a stand against this military conflict.”

Earlier this week, Boeing and Airbus said they would no longer do business with Russian customers.

Boeing has suspended major operations in Moscow and temporarily closed its office in Kyiv and has suspended “parts, maintenance and technical support services for Russian airlines,” the company said in a statement.

“Airbus has suspended support services to Russian airlines, as well as the supply of spare parts to the country,” Airbus said in a statement.

The travel sector is among many industries suspending ties with Russia over its invasion of Ukraine. In addition to impacts in aviation, tour companies and cruise lines have halted and rerouted operations involving Russia.

Top image: The logo of Russian airline Aeroflot is pictured on its ticket office in central Moscow on April 12, 2021. (Photo by Kirill Kudryavtsev/AFP via Getty Images)