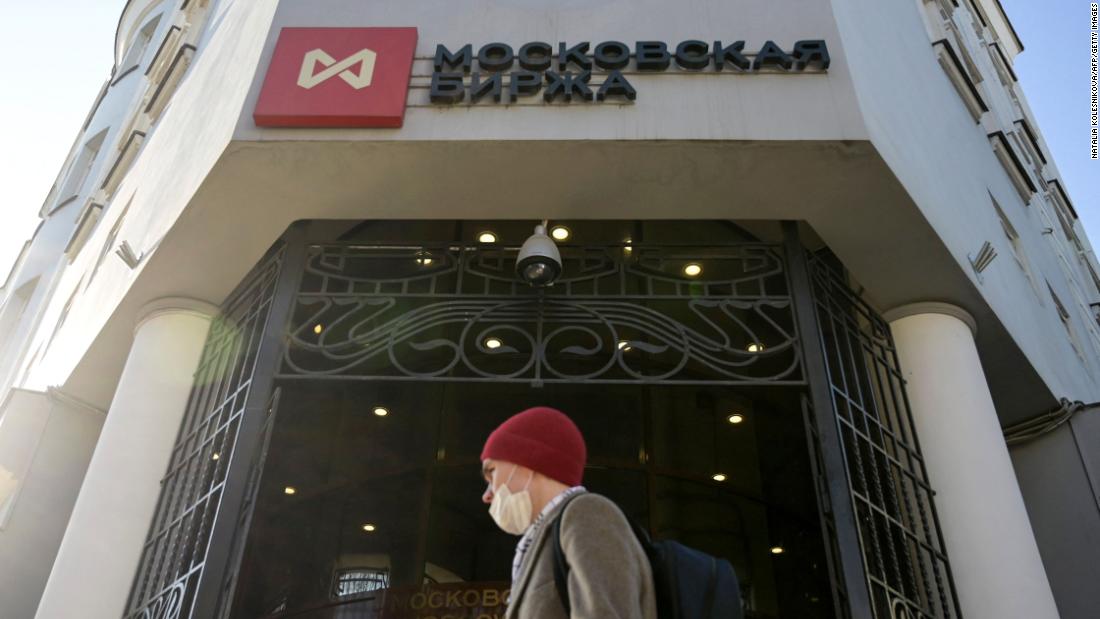 The benchmark MOEX index gained as much as 10% in early trade in Moscow. Russia’s central bank has banned short sales, and foreign investors are not allowed to dump shares, prohibitions that could help support stocks.

Investors are able to trade 33 stocks during the limited session from 9:50 a.m. to 2:00 p.m. in Moscow. Blue chip stocks Gazprom, Lukoil, VTB Bank, Sberbank, Rusal and Rosneft are among the equities that are trading.

Russian stocks last traded on February 25 after President Vladimir Putin’s invasion of Ukraine caused shares to plummet. The MOEX index had lost roughly 35% of its value this year, while the RTS index — which is denominated in dollars — had plunged 42%.

In the weeks since Russian stocks stopped trading, sanctions imposed by the West have crushed the ruble and put the country’s economy into a tailspin. President Joe Biden is expected to announce additional sanctions during a trip to Europe this week.

Foreign investors are not allowed to sell shares on Thursday under new rules that ban brokers from executing sales on their behalf.

Foreign funds held more than 80% of all shares trading on the Moscow Exchange in the first half of 2021, according to Reuters. The United States and Canada accounted for 54% of the total, with 22% from the United Kingdom and 21% from the rest of Europe.

The Biden administration described the reopening as a “charade.”

“Russia has made clear they are going to pour government resources into artificially propping up the shares of companies that are trading,” deputy national security adviser Daleep Singh said in a statement. “This is not a real market and not a sustainable model — which only underscores Russia’s isolation from the global financial system.”