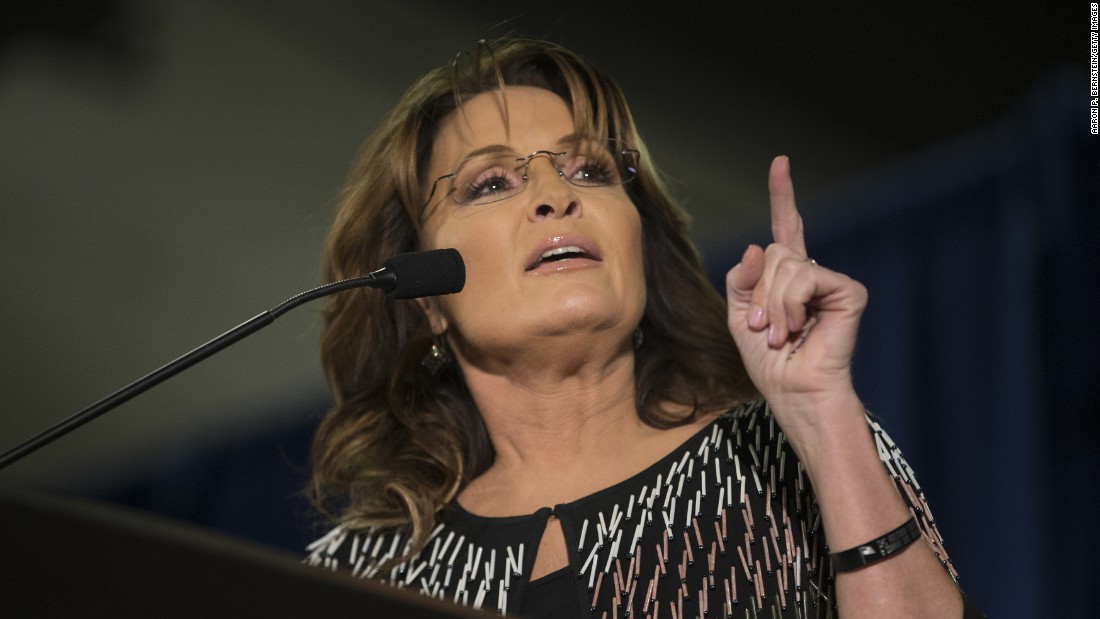 Was a runner-up in the 1984 Miss Alaska pageant.

Her fifth child, Trig, was born with Down syndrome.

August 6, 2008 – A former state employee files an ethics complaint against Palin, accusing her of using her position to get a supporter a government position.

September 1, 2008 – Announces her 17-year-old daughter, Bristol, is five months pregnant, and the McCain campaign releases a statement that McCain knew about the pregnancy when he selected her as his running mate.

October 10, 2008 – State investigator Stephen Branchflower releases a report that Palin abused her power as Alaska’s governor and violated state ethics law by trying to get her ex-brother-in-law fired.

November 3, 2008 – Alaska’s Personnel Board releases a report concluding that Palin did not violate ethics law in relation to her ex-brother-in-law.

July 3, 2009 – Announces that she will be stepping down as governor of Alaska.

June 10, 2011 – The state of Alaska releases roughly 24,000 pages of emails from Palin’s governorship that had been requested in 2008 under the Freedom of Information Act.

October 5, 2011 – Announces she is not running for president.

January 19, 2016 – Endorses Republican presidential candidate Donald Trump at an Iowa campaign stop.
March 13, 2016 – Palin’s husband, Todd, is seriously injured in a snow machine crash in Alaska and is in intensive care. He is hospitalized for two weeks.
June 27, 2017 – Files a lawsuit against the New York Times alleging that a recent editorial falsely portrayed her as responsible for inciting the 2011 shooting of Democratic Rep. Gabby Giffords.
August 29, 2017 – A federal judge dismisses Palin’s defamation lawsuit against the New York Times, declaring that he sees no evidence of malicious intent.
August 6, 2019 – A federal appeals court reverses a lower court’s decision to dismiss Palin’s defamation lawsuit, giving her another chance to square off with the New York Times.
September 6, 2019 – Todd Palin files for divorce from Sarah Palin, after 31 years of marriage. The divorce filing and court records use only initials to refer to the pair, with Todd Mitchell Palin listed as TMP and Sarah Louise Palin only identified as SLP.

January 24, 2022 – Palin’s defamation trial against the New York Times is delayed to February 3, after Palin tests positive for the coronavirus.
February 15, 2022 – A jury finds the New York Times not liable for defamation against Palin. After the jury delivers its unanimous verdict, Judge Jed Rakoff dismisses the case, citing that Palin has not met the standard for “actual malice.” The landmark 1964 New York Times vs. Sullivan case specifies that public figures who sue for defamation must prove that the offender knew the claim was false or showed “reckless disregard” for the truth.
April 1, 2022 – Palin announces that she is running for Congress, seeking to fill Alaska’s lone US House seat after the death of longtime Rep. Don Young.