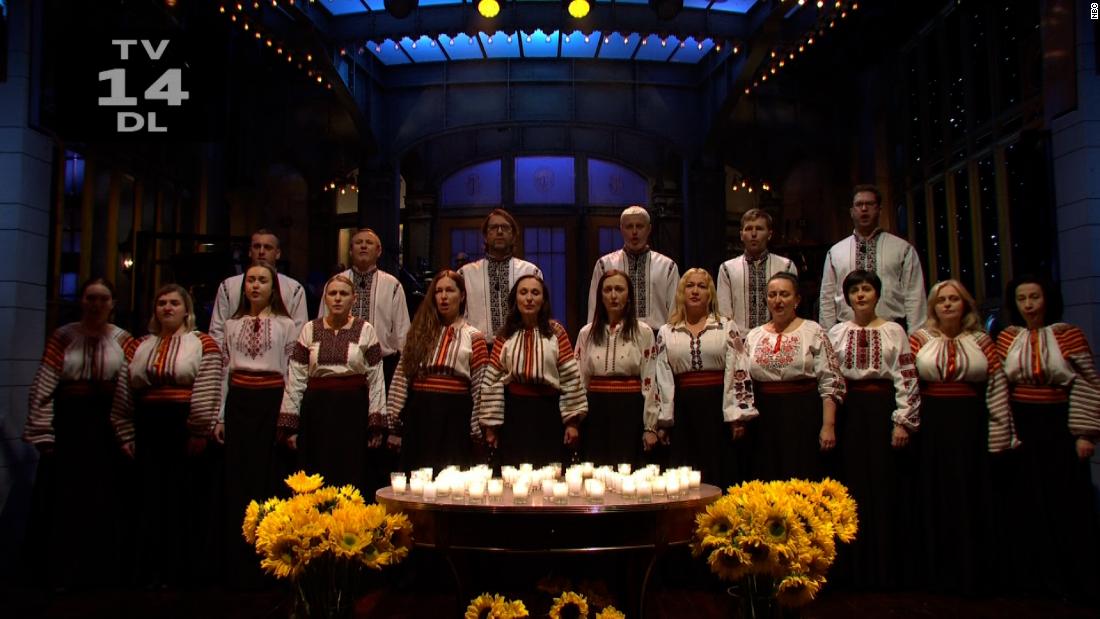 The tribute follows Russia launching an unprecedented military assault on the country earlier this week. The invasion has caused bloodshed, forced more than 120,000 people to flee the country and has been condemned by many nations around the world.

The choir then sang “Prayer for Ukraine” as the live audience sat silently.

McKinnon and Strong then returned to the stage and said the show’s signature catch phrase, “Live… From New York. It’s Saturday night.”

But instead of immediately cutting to the show’s opening credits, the camera panned to candles that were sitting in front of McKinnon and Strong on a table.

The candles were positioned to spell out “Kyiv,” the Ukrainian capital.