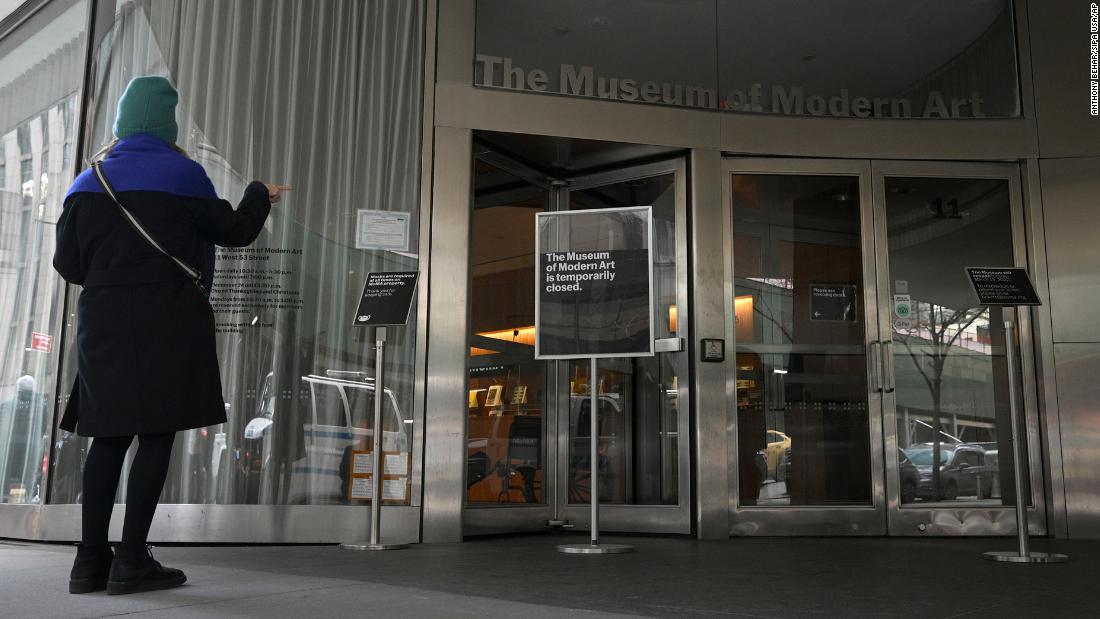 The two injured employees were both 24-years-old, police said. One, a woman, suffered two stab wounds to the lower back and one stab wound to the back of her neck. The other, a man, was stabbed once in the left collar bone, officials said.

Both were rushed to Bellevue Hospital and are expected to survive, police said at a news conference Saturday evening.

Police on Sunday identified the suspect as 60-year-old Gary Cabana, a regular visitor to MoMA.

Authorities initially described him as wearing a black jacket and surgical mask.

That description was released immediately over division radio units in the area and a search was initiated by police responding to the scene, according to NYPD Deputy Commissioner of Intelligence and Counterterrorism John Miller.

He was caught on video leaving the museum so police knew which direction he went.

Cabana is known to the NYPD, Miller said, and is wanted by the department in connection with two incidents that occurred in Midtown Manhattan, where the museum is located, prior to Saturday’s double stabbing.

New York Mayor Eric Adams said he was briefed on the incident on Saturday and his press secretary tweeted it “appears to be an isolated, criminal incident.”

Cabana entered the museum with the intention of attending a film, police said.

Upon being denied entrance to the museum, the suspect became angry, jumped over the reception desk and attacked the two employees, police said.

There was ample security in the area at the time of the incident, but Miller described it as a “rapidly unfolding spontaneous incident.”

Patrons evacuated the museum in a panic

In videos shared on social media, dozens of people are seen leaving the museum in a large crowd.

“We weren’t told what was going on, just that they had to close the exhibits immediately,” MoMA patron Tina Rook told CNN. “A woman did say it was an emergency,” Rook said, adding the whole incident was handled very well by police and museum officials.

In a series of tweets, MoMA patron Yuichi Shimada described a chaotic scene, saying there were “many police vehicle and ambulances.”

“It seemed that everyone had been ordered to evacuate, and the other guests came out one after another,” Shimada tweeted.

“It was chaotic, partly because it was snowing, with a group of young women in a panic and crying, and partly because people were taking pictures on their cell phones and playing live on their phones too,” Shimada said.

The museum was closed for the rest of the weekend and on Sunday, said it would reopen Tuesday. “Thank you for your incredible support,” a tweet from the museum said.
The facility was due to screen the films “Paper Moon,” “Wattstax,” “Bringing Up Baby,” and “Cutting Horse” Saturday. On its website Monday, MoMA showed all film showings at the venue canceled until Thursday.