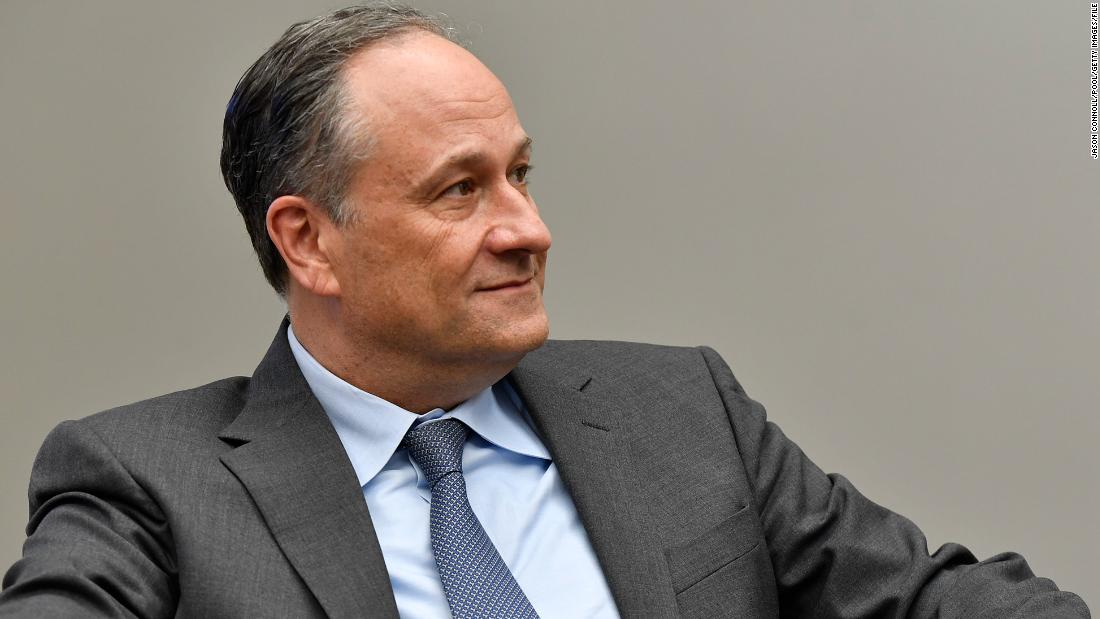 Emhoff’s positive test is the first known case of Covid-19 among the first or second families since President Joe Biden and Harris took office in January 2021.

Harris was set to participate in an Equal Pay Day event at the White House Tuesday evening that began just as Emhoff’s test results were released. In a potential sign of how last minute the vice president was pulled out of the event, there was an empty chair for her on stage for the Equal Pay Day event. The White House Twitter account had also advertised upcoming remarks from Harris in a message posted at 6 p.m. ET, just before the event was to begin.

Biden addressed Harris’ absence at the event, saying, “Kamala chose not to take a chance since he tested positive — by the way, he’s fine, but out of an abundance of caution, she decided not to join.”

The vice president attended an event with Biden at the White House earlier Tuesday as he signed a $1.5 trillion government funding bill into law. Harris stood by Biden’s side as the President gave remarks, and later stood in the crowd of lawmakers who attended the signing ceremony.

Earlier Tuesday, Emhoff visited a communal garden in the nation’s capital for an event. The second gentleman gardened outside during the event.

CNN has asked the White House for comment on when the last time Emhoff was in contact with Biden and for more information on his test. A White House official said Biden is not considered a close contact to the second gentleman.

Harris has previously had a close brush with Covid-19. The vice president tested negative last summer after a meeting with Texas House Democrats, several of whom later tested positive for the coronavirus.

According to US Centers for Disease Control and Prevention guidelines, fully vaccinated people can “refrain from quarantine following a known exposure if asymptomatic.” Harris is fully vaccinated and boosted, as is her husband.