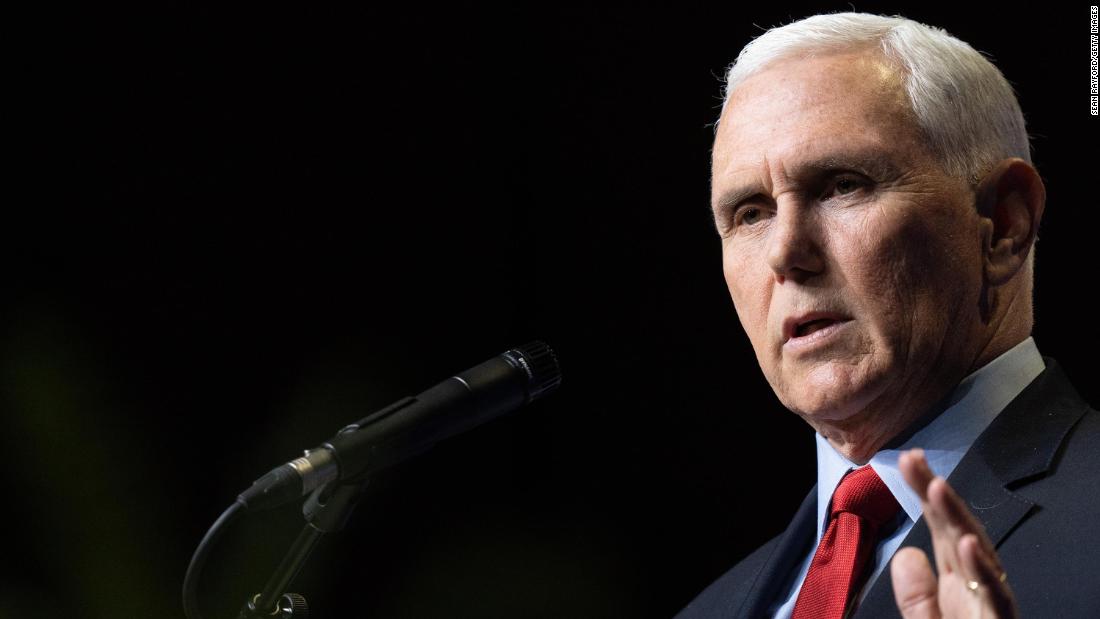 The revelation — during the second trial for a defendant charged in the Capitol attack — is the first time that federal law enforcement has confirmed where Pence went after he was evacuated from the Senate chamber on January 6.

The defendant in this case, Couy Griffin, is charged with two misdemeanor offenses for his alleged actions during the riot and chose to go to a bench trial before Judge Trevor McFadden instead of appearing before a jury.

One key point prosecutors worked to prove during the trial on Monday was how rioters jeopardized the security perimeter around Pence, who was in Congress to certify the results of the 2020 presidential election on January 6.

“We took him to a secure location … underground,” Secret Service inspector Lanelle Hawa testified. “It was in the loading dock,” which is located underneath the plaza on the Senate side of the building, she said.

Hawa said the loading dock counted as a restricted area, established for the Electoral College certification, as did the Capitol grounds. When asked by prosecutors whether Pence ever left that restricted area, Hawa said, “No.”

It’s an important distinction for the prosecution because Griffin, who joined the mob on the Capitol terrace, is charged with entering and remaining in a restricted area as well as disorderly and disruptive conduct.

Griffin’s legal defense team made it clear before the trial that they wanted to ask about Pence’s location during the riot and about the restricted area established for his visit — appearing to set up the argument that the area was no longer restricted because Pence left.

Days before the trial, McFadden allowed Griffin’s attorneys to cross examine the Secret Service inspector on Pence’s location during the riot, writing that “Griffin must be allowed to test the veracity of the Government’s contention that Vice President Pence was on the Capitol grounds during the relevant period.”

After a half an hour of Griffin’s attorney, Nicholas Smith, questioning the inspector, McFadden told Smith that he had not established that Pence had left the restricted area.