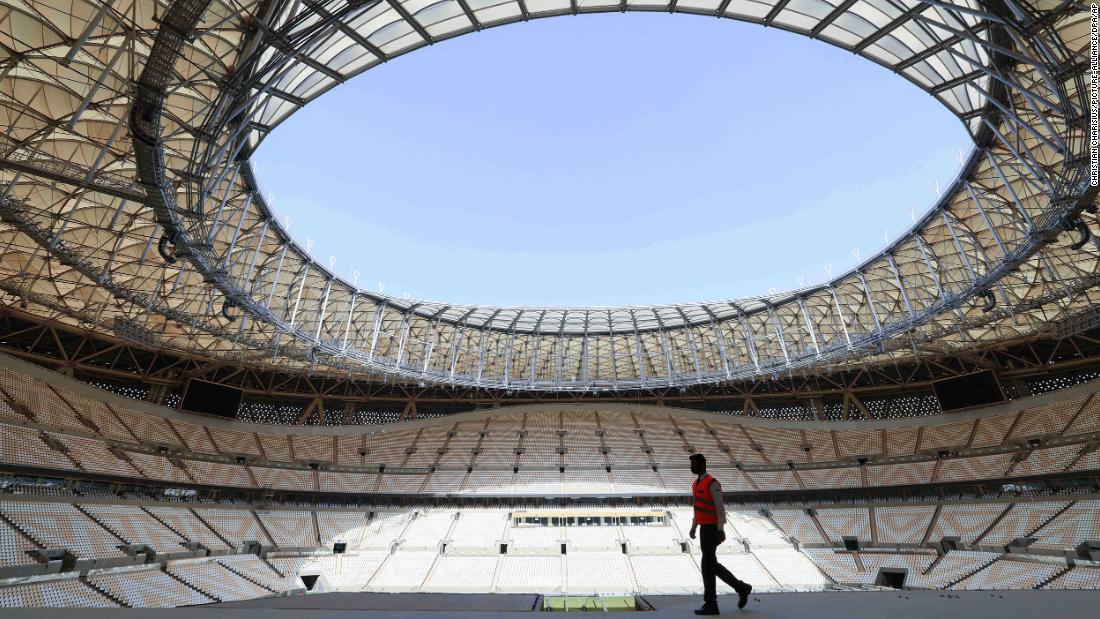 According to a report released by Amnesty International on Thursday, security guards in Qatar, including some working on projects associated with this year’s World Cup, are subjected to working conditions “which amount to forced labour.”

Based on interviews with 34 current and former security guards, all of whom were migrant workers, the report claims that employees of eight different private companies were regularly forced to work 12 hours a day, seven days a week, and sometimes worked for years without a day off.

This is despite Qatari law stating that regular working hours should not exceed eight hours a day and that workers should receive a regular weekend day of rest.

“Many of the security guards we spoke to knew their employers were breaking the law but felt powerless to challenge them,” said Stephen Cockburn, Amnesty International’s Head of Economic and Social Justice.

“Physically and emotionally exhausted, workers kept reporting for duty under threat of financial penalties — or worse, contract termination or deportation.”

In a statement on Thursday, Qatar’s Supreme Committee for Delivery and Legacy (SC), which is responsible for organizing the World Cup, said it has been “committed to protecting the health, safety and security of any worker engaged on official FIFA World Cup projects.”

But the Amnesty report claims the SC and world football governing body FIFA failed to conduct “adequate due diligence” before contracting private companies for the World Cup.

The workers interviewed in the report, who were not named by Amnesty to protect them from reprisals, said they were denied mandatory rest days and were financially penalized for apparent transgressions such as not wearing their uniform properly or leaving their post for a toilet break.

The report also detailed how workers were deployed outside in intense heat allegedly without shelter or drinking water, how their accommodation was overcrowded and unsanitary, and how employees were subjected to racial stereotypes.

“They say, ‘You are an African, you can work 12 hours because you are strong,'” one worker was quoted as saying in the report.

The World Cup gets underway on November 21 with matches held in eight newly-built stadiums across Qatar.

The findings detailed in Amnesty’s latest report are not unprecedented. Over the past decade, several human rights organizations have alleged that thousands of workers involved in stadium construction and infrastructure projects in Qatar have been subjected to labor exploitation and human rights violations.

Qatari officials have strongly contested accusations of workers’ rights abuses and the country has recently implemented policies to reform its labor structure, which include dismantling its state sponsorship system, known as the kafala, and introducing a non-discriminatory minimum wage of $275 per month that applies to migrant and domestic workers.

Responding to the Amnesty report, the SC said it “takes every measure possible to ensure that workers on our projects are protected and their rights are upheld.”

It also said that three companies were found to be non-compliant with its Workers’ Welfare Standards “across a number of areas” during the 2020 FIFA Club World Cup and 2021 FIFA Arab Cup.

“These violations were completely unacceptable and led to a range of measures being enforced, including placing contractors on a watch-list or black-list to avoid them working on future projects — including the FIFA World Cup — before reporting said contractors to the Ministry of Labour [MoL] for further investigation and punitive action,” the SC said in a statement.

It added that, to date, 391 contractors have been reported to the MoL and that 50 have been blocked by the MoL from being deployed on SC projects.

In a statement sent to CNN, FIFA said it “does not accept any abuse of workers by companies involved in the preparation and delivery of the FIFA World Cup 2022.”

It said that a “robust system of pre- and post-contracting audits and enforcement” has been put in place for construction sites and companies providing services for the World Cup.

“We see a good level of commitment and collaboration by many service companies and the programme has already now had tangible benefits for thousands of workers,” FIFA’s statement added.

“At the same time, we refuse to work with companies who fail to show commitment to live up to the FIFA World Cup standards and do not shy away from taking strong measures against such companies in collaboration with the Ministry of Labour.”