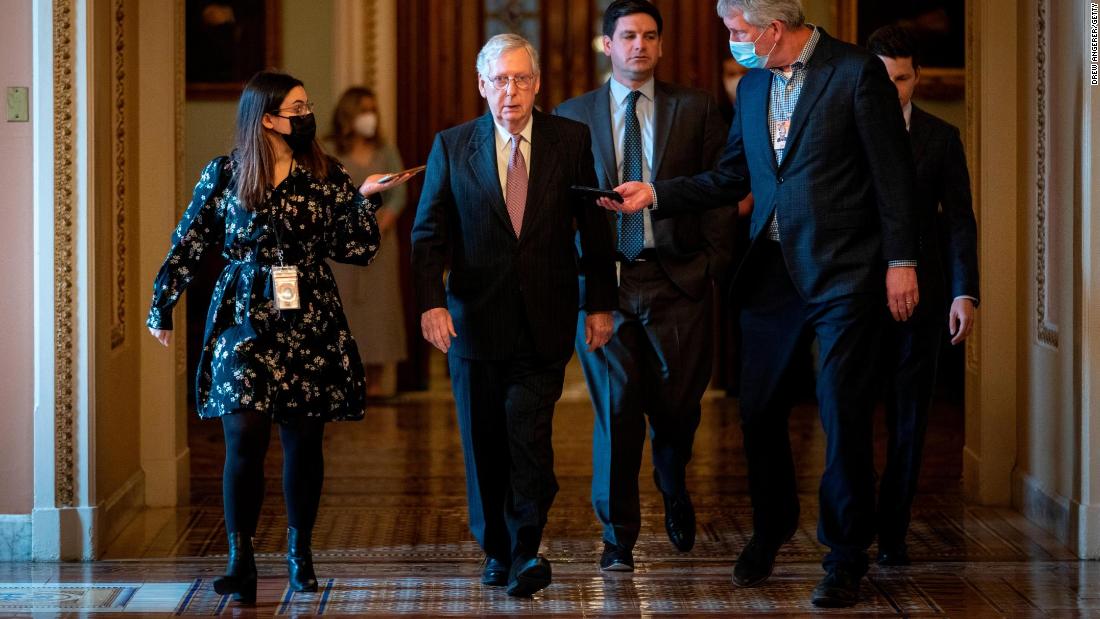 The legislation failed to advance in a 46-48 vote.

The bill, dubbed the Women’s Health Protection Act, aimed to “protect a person’s ability to determine whether to continue or end a pregnancy, and to protect a health care provider’s ability to provide abortion services.” The House had passed the legislation in a nearly party-line vote in late September — even though the bill was not expected to have the necessary votes to pass the 50-50 Senate, as legislation in the chamber requires Republicans to join Democrats to get at least 60 votes to break a filibuster.

The bill’s failure in the Senate comes as Republican-led states have introduced and advanced bills across the nation that make it harder for women to access abortions and threaten health-care providers who perform the procedure.

A Texas law took effect in September that bans abortions after about six weeks of pregnancy and allows private citizens to bring civil suits against anyone who assists a pregnant person seeking an abortion in violation of the ban. And the Supreme Court justices are expected to decide later this year a separate Mississippi case that presents a direct challenge to Roe v. Wade, the 1973 landmark decision legalizing abortion nationwide.

Pelosi argued that the time had come to pass the legislation, considering Democrats’ control of the House — where the majority of members support abortion rights — and a Democrat serving as president.

Senate Majority Leader Chuck Schumer, speaking at a news conference ahead of the vote, said abortion restrictions passed at the state-level “largely fly in the face of public opinion, common sense, and frankly common decency. We must fight to stop these insidious efforts to curtail a woman’s right to access safe, legal abortion.”