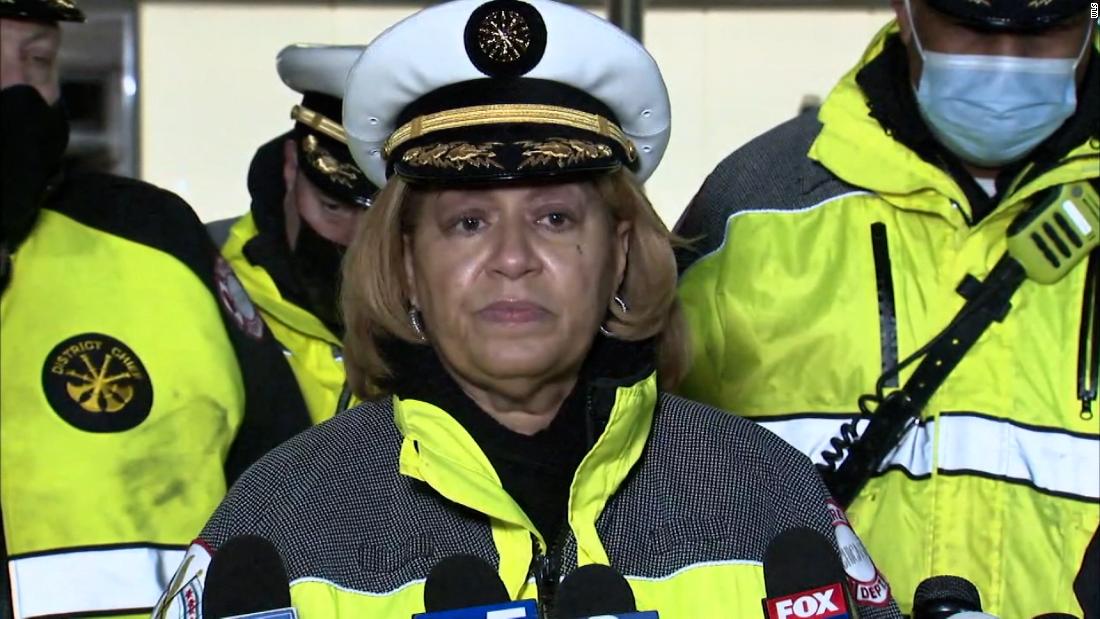 Firefighters arrived at the scene of the fire in the Roseland neighborhood at 3:21 p.m. Saturday, Fire Commissioner Annette Nance-Holt said Saturday during a news conference. Shortly after, they issued a MAYDAY call, which is a distress call activated when a fire is highly threatening or a firefighter is injured, according to the Chicago Fire Department.

Heavy smoke billowed from windows on the second floor of the house and firefighters also encountered heavy smoke on the first floor, the fire commissioner said.

“We had three members inside, and we had four on the porch,” Nance-Holt said. “We believe a flashover occurred. We’re not exactly sure. We’re going to do an investigation into it, but the three members were able to self-evacuate and the four members were actually blown off the porch, and they were outside.”

Most of the firefighters suffered either minor burns or ortho injuries and were taken to hospitals for treatment, the commissioner added.

“People don’t realize. Every day, our firefighters and paramedics, they get up, and they go to work not knowing that day if they’ll come back home. And they put everything on the line to make all of us safer,” Nance-Holt said.

According to fire investigators, there were no working smoke detectors in the house, Nance-Holt said, adding the resident of the house had evacuated before firefighters arrived on scene.

The fire is under investigation, Nance-Holt said.