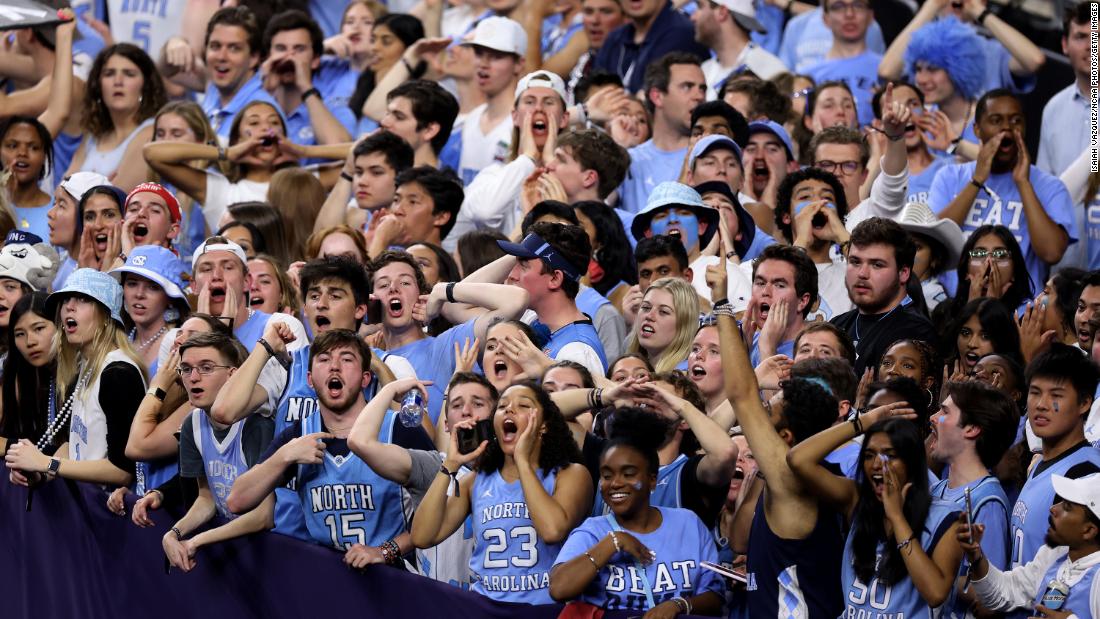 An estimated 35,000 and 40,000 people took to the streets to celebrate UNC’s victory Saturday, Chapel Hill officials said in news release. Four people were taken to a hospital with non-life-threatening injuries.

“This was undoubtedly a monumental victory in what is the biggest rivalry in all of college basketball. Because of that, we experienced one of the largest celebrations in our community’s history,” Chapel Hill town manager Maurice Jones said in the statement.

During the celebrations, crews responded to multiple bonfires and some streets were briefly closed, Jones said.

After defeating Duke 81-77 in the Final Four, UNC will play Kansas for the national title in New Orleans Monday. The team is looking to win the program’s seventh NCAA title, with the last one in 2017.

“While all of us will be cheering Carolina on to its seventh national title, we ask again, that fans who join us on Franklin Street after the game celebrate in a safe and appropriate manner,” Jones said.