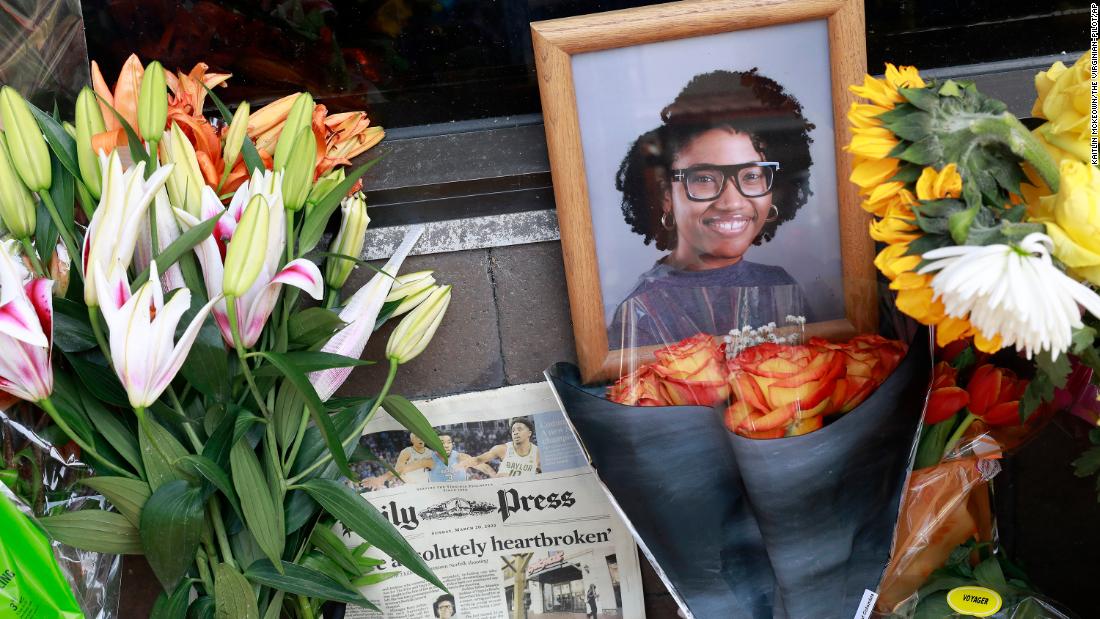 Pickering said the shooting has brought an increase in patrols downtown on Thursday, Friday, and Saturday evenings until further notice, but did not respond to additional questions about the shooting.

CNN previously reported that Virginian-Pilot newspaper reporter Sierra Jenkins was leaving Chicho’s Pizza Backstage when an argument that started outside was followed by gunfire.

Jenkins, 25, and Devon Malik Harris, 25, both died — Harris at the scene and Jenkins at a hospital, police said. Three other people were injured, police said.

A suspect has not been identified and the investigation is ongoing.

Harris, who went by his middle name, Malik, was charismatic, caring, and selfless and loved to have fun, his older brother Calvin Harris told CNN.

He said he wants his younger brother to be remembered as a “strong, educated young man.”

“There’s nothing wrong with his character. He was a great young man, destined to be great,” Calvin Harris said. “He’s a champion.”

Calvin Harris, 30, said he meant to go out with his brother the night of the shooting, but it got too late after he put his children to bed.

Five years ago, Malik Harris joined the Virginia Beach Rhinos, a semi-pro football team, as a linebacker and running back.

“As an owner/coach of a football team, we are tasked with potentially changing the lives of the young men that come to our organization looking for the opportunity to make an impact on the field,” head coach Greg Castellanos said. “However, there are times that those same athletes impact the coach’s life, beyond football. Malik Harris did exactly that to me. He had an infectious smile all the time. Malik was confident, not only about his football talents, but where he wanted his direction in life to go.”

“On the sidelines and during practices, he was a joy to be around, laughing and joking keeping the energy light and upbeat,” coach and administrator Klarke Castellanos said. “He always made sure to check on those he cared about in season and off. As a player, a captain, and a brother, he will truly be missed.”

Jenkins was an editorial research intern with CNN in summer 2020 and a news assistant with CNN Health that fall. She began at The Virginian-Pilot shortly after as a breaking news reporter. Jenkins recently had been reporting on school policies and issues across the region, the newspaper said on Facebook.