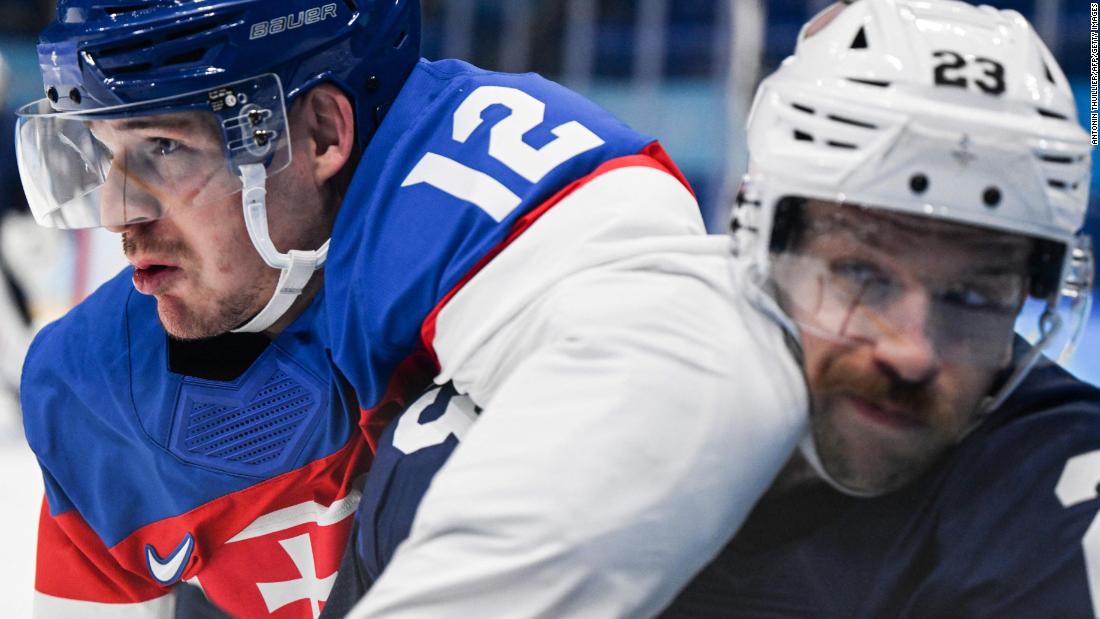 Slovakia, bidding for its first Olympic medal in the event, advanced to the last four after winning a nail-biting shootout in a dramatic conclusion to the game.

The US held a 2-1 lead late in the third period, but a last-gasp goal by Slovakia’s Marek Hrivik tied the game with 43.7 seconds left of regulation time.

Neither team could find the breakthrough during overtime and the goals continued to prove hard to come by in the shootout as well.

Peter Cehlarik was the only man to convert his effort with Slovakia goalie Patrik Rybar stopping all five of Team USA’s shots.

“I tried to focus on the way every player was going. I tried to read them and I am so happy we made it,” Rybar said after the win.

“I’m just so happy that I played well tonight and helped the guys.”

‘A game of inches’

Even before Rybar’s heroics in the shootout, the Slovakian stopper had been in brilliant form.

He was equal to each of Team USA’s seven shots in overtime and kept his side in the tie for large periods of the game.

“Hockey is a game of inches. They (Slovakia) played well, they stuck to their identity and when it comes to a shootout there isn’t really that much you can do,” said Team USA’s Steven Kampfer, praising his team full of young talent.

“We did a pretty good job at understanding the moment in the room. We played the game five minutes at a time, going whistle to whistle.

“These guys will have a great future ahead of them and they’ll be back here representing the USA before you know it. But this one’s going to sting for a little bit for all of us.”

This Slovakian team has now reached the last four of the Winter Olympics for the first team since Vancouver 2010. It finished fourth on that occasion and faces a tough proposition against Team ROC in this year’s semifinals.