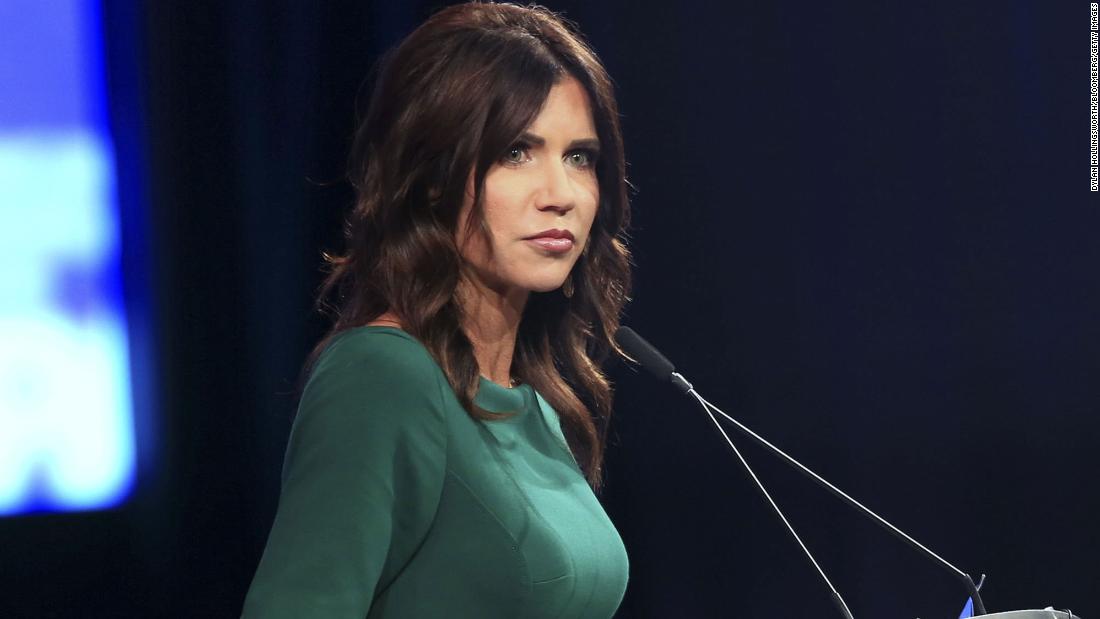 The bill, House Bill 1318, was proposed last month by Republican Gov. Kristi Noem as she sought to curb access to the abortion drugs. The Biden administration had made the drugs more accessible during the pandemic before finally lifting the requirement that the drugs be dispensed in-person.

Noem’s bill — which cleared the state Senate 32-2 — would require women seeking a medication abortion to make an additional trip to a doctor.

The bill’s backers, who are abortion rights opponents, say the legislation is necessary to protect the health of the mother and prevent misuse of the drugs, but abortion rights advocates argue that the bill places “medically unnecessary” and “burdensome restrictions” on medication abortions.

Meanwhile, Noem and other conservatives are hoping that the US Supreme Court, in a pending decision, overturns Roe v. Wade.

The bill, which passed the GOP-majority state House along party lines last week, now heads to Noem for her signature.

The South Dakota legislation essentially codifies a state Department of Health rule, drafted at Noem’s direction, that was approved in early January but blocked by a federal judge last month from being enforced. The legislation would not go into effect unless the judge’s injunction is lifted, which Noem’s administration is seeking through an appeal.

Current state law allows for the medication abortion process to begin 72 hours “after the physician physically and personally meets with the pregnant mother,” except in medical emergencies, and usually only requires one more visit to a licensed facility to receive the necessary drugs for the process.

The legislation, like the state rule, would require that women receive both drugs used in a medication abortion — mifepristone and misoprostol — in person at a licensed abortion facility, and bar them from receiving the pills in the mail.

A medication abortion, also called a medical abortion, is a nonsurgical procedure effective until about 10 weeks into a pregnancy. It involves taking the two drugs mifepristone and misoprostol one or two days apart and women are typically given both drugs in the same visit to their doctor or at a clinic.

They take the mifepristone pill at a clinic and are instructed to take the misoprostol pill at home a day or two later.

Under the legislation, women in South Dakota will effectively be required to make an additional visit to a licensed abortion facility for a medication abortion.

The bill would also make it a Class 6 felony for a person practicing medicine without a state license to prescribe the drugs for a medication abortion. A Class 6 felony carries a penalty of up to two years and/or a $4,000 fine.

The legislation will also require physicians to report to the Department of Health any complications that require medical follow-ups, what the required follow-up care was, the facility where the follow-up appointment was held, and if the pregnant woman was sex-trafficked.

The bill also amends the law so medical abortion does not mean a “procedure for the management of a miscarriage.”

Mark Miller, the governor’s interim chief of staff and general counsel, argued in committee hearings that requiring the drugs be taken in-person would allow health risks to the mother to be identified and thus prevent serious health complications.
But the ACLU of South Dakota, which, along with Planned Parenthood, sued the state over the health department’s rule, said the two drugs have proven to be safe and are the preferred method of abortion for women, because it’s less invasive and allows for more privacy.
A separate bill that would have banned medication abortions in the state outright passed the state House but was killed in the Senate, where some Republicans objected to it because it did not provide exceptions for using the drugs in the case of miscarriage and so threatened the life of the mother.

“Unfortunately, it appears that a political agenda had an impact on the demise of this bill,” Republican state Rep. Steve Haugaard, who sponsored the failed bill, told CNN in an email.

Haugaard, who is challenging Noem in the GOP primary for governor, voted to pass Noem’s bill out of the House.

“When it comes to protecting life, I support legislation that seeks to do that and I do not cast my votes based upon the origin of a given bill,” he told CNN.

Republican lawmakers in mostly GOP-led states, such as Alabama and Iowa, have been pushing legislation banning or restricting medication abortion.

CNN’s Tierney Sneed and Jen Christensen contributed to this report.