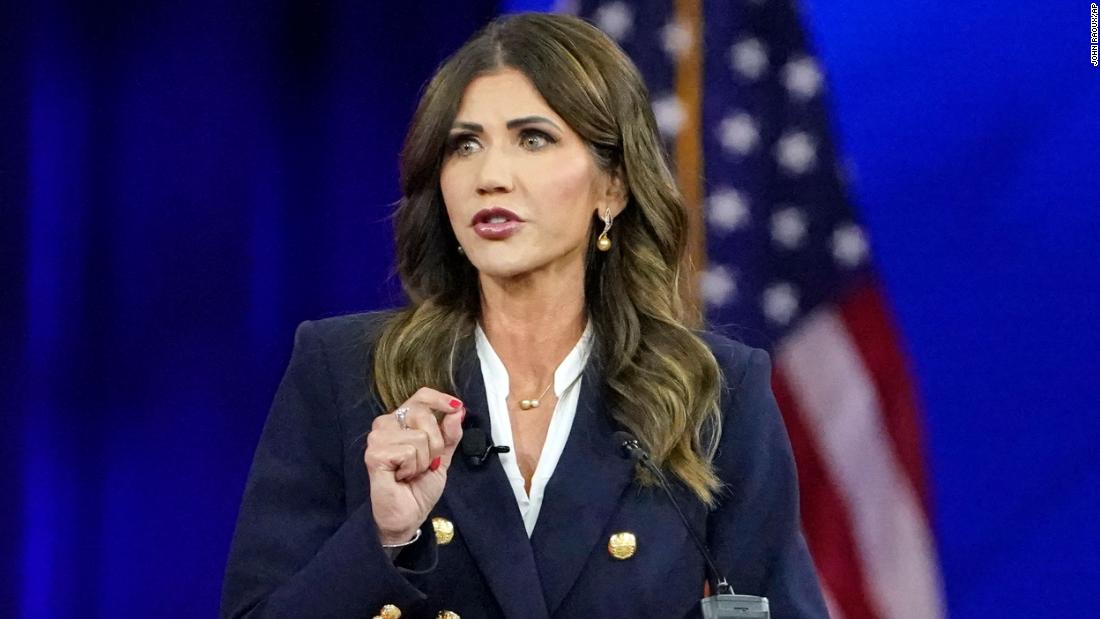 The move makes South Dakota the latest Republican-controlled state to restrict how history and systemic racism can be taught in schools. Noem, a Republican, had recently signed legislation meant to limit similar teachings in colleges and universities.

“Our children will not be taught that they are racists or that they are victims, and they will not be compelled to feel responsible for the mistakes of their ancestors,” Noem said in a statement. “We will guarantee that our students learn America’s true and honest history — that includes both our triumphs and our mistakes.”

The order says the Department of Education shall not “direct or compel” employees, students, or teachers to “personally affirm, adopt, or adhere to inherently divisive concepts,” and must end policies that promote them.

In her order, Noem described “inherently divisive concepts” as the ideas indicating that a “race, color, religion, sex, ethnicity or national origin” is superior to another and that a person should be discriminated against based solely on those factors.

The idea that a person is “racist, sexist or oppressive” based on their “race, color, religion, sex, ethnicity or national origin” was also among those concepts detailed by the order.

The governor said in her order that those ideas support critical race theory, a concept that has become politicized in recent years.

Critical race theory, according to scholars who study it, explores the ways in which a history of inequality and racism in the United States has continued to impact American society today. Educators in multiple states have argued that critical race theory itself is generally not included in grade school curriculum.

The order also directs state education officials to identify whether any policies, materials and trainings promote “inherently divisive concepts” and submit a report of their findings to the governor’s office by July 1, and remove by October 1.

Jett Jonelis, advocacy manager at American Civil Liberties Union of South Dakota, said the governor’s order is “overly-broad” and its implementation could censor free speech and discussions about systemic racism.

“Students deserve to have a free and open exchange about our history — not one that erases the legacy of discrimination and lived experiences of Black, Indigenous and other people of color. All young people deserve to learn an inclusive and complete history in schools, free from censorship like this,” Jonelis said in a statement.

Noem has repeatedly championed legislation that restricts how educators can talk about certain topics and to block the so-called “critical race theory” teachings.

Jonelis noted the executive order was “strikingly similar” to a bill the governor had proposed during the legislative session and was not approved.

Mississippi, Tennessee, Texas, and South Carolina are among the 15 states that have passed legislation or approved state-level action restricting teaching critical race theory or limit how teachers can discuss racism and sexism, according to Education Week.