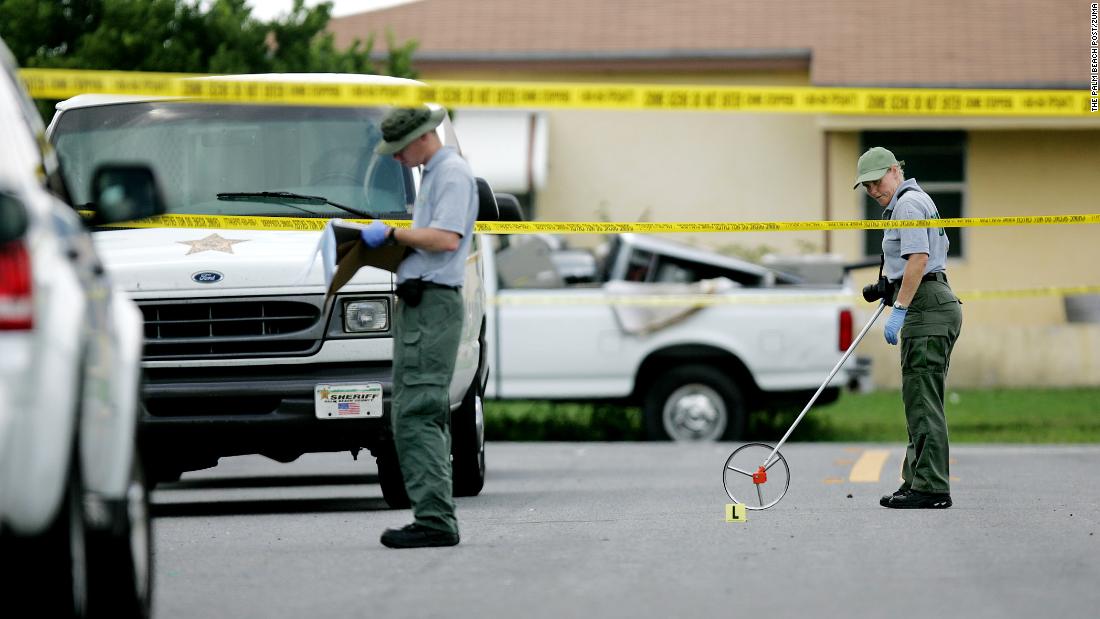 States saw an average increase of 8-10% in monthly homicides between 1999 and 2017 after the enactment of such laws, according to the study published Monday in JAMA Network Open, a peer-reviewed journal.
“Stand your ground” laws garnered national attention in the wake of Trayvon Martin’s death in 2012. George Zimmerman shot Martin but was acquitted on second-degree murder charges in part because he claimed self-defense under Florida’s law. Saturday marks 10 years since Martin’s death.

“There is consistent evidence that the laws are potentially hazardous,” said David Humphreys, an associate professor at University of Oxford who co-authored the study. “Part of the justification of these laws is that they can be useful in helping people protect themselves and improving public safety more generally, and we just don’t see any evidence of that.”

The trend was particularly stark in southern states, with Alabama and Florida seeing a jump in firearm homicides by 33% and 30%, respectively, and others also seeing double-digit increases.

While researchers did not find a significant decrease in deaths related to “stand your ground” laws in any states, Arizona, Indiana, Michigan, Nevada, Oklahoma, Texas and West Virginia did not have a significant increase either.

The study examined homicide data between 1999 and 2017 from 24 states that implemented “stand your ground” laws until 2016. “No states had significant reductions in violent deaths, as advocates often argue when justifying these laws,” the researchers wrote.

Some self-defense laws say that a person under threat of physical injury has a “duty to retreat” before using deadly force, if it’s safe to do so. In a “stand your ground” state, someone facing an imminent threat can use lethal force right away if they are threatened with death or serious injury — without first trying to escape.

“You want to encourage people to walk away before using lethal force, and when you remove that as a requirement … there’s going to be a greater likelihood that people will resort to lethal force,” said Thaddeus Hoffmeister, a criminal law professor at University of Dayton School of Law.

Florida was the first state to enact a “stand your ground” law in 2005, and at least 27 other states have since implemented similar laws, according to the National Conference of States Legislatures. Eight additional states allow use of deadly force in self-defense through judicial decisions and a federal bill was introduced in December by Rep. Matt Gaetz, a Republican from Florida, to establish the “National Stand Your Ground Act.”

Proponents, including the National Rifle Association, say such laws allow people to protect themselves. Critics say they encourage violence and justify racial profiling.

“People like to say that they’re colorblind, but I have yet to really meet that individual,” Hoffmeister said. “If you associate someone’s race with more violence, or more or you associate them with a criminal activity, you’re more likely to use violence in a in a situation that you think things could get physical.”

Hoffmeister and other critics are also concerned that these laws promote “vigilante justice.”

“What these laws are saying now though is, don’t walk away, don’t get police involved, solve it yourself,” Hoffmeister said. “And I don’t know if you want a society that encourages people to resort to lethal force when they don’t have to.”