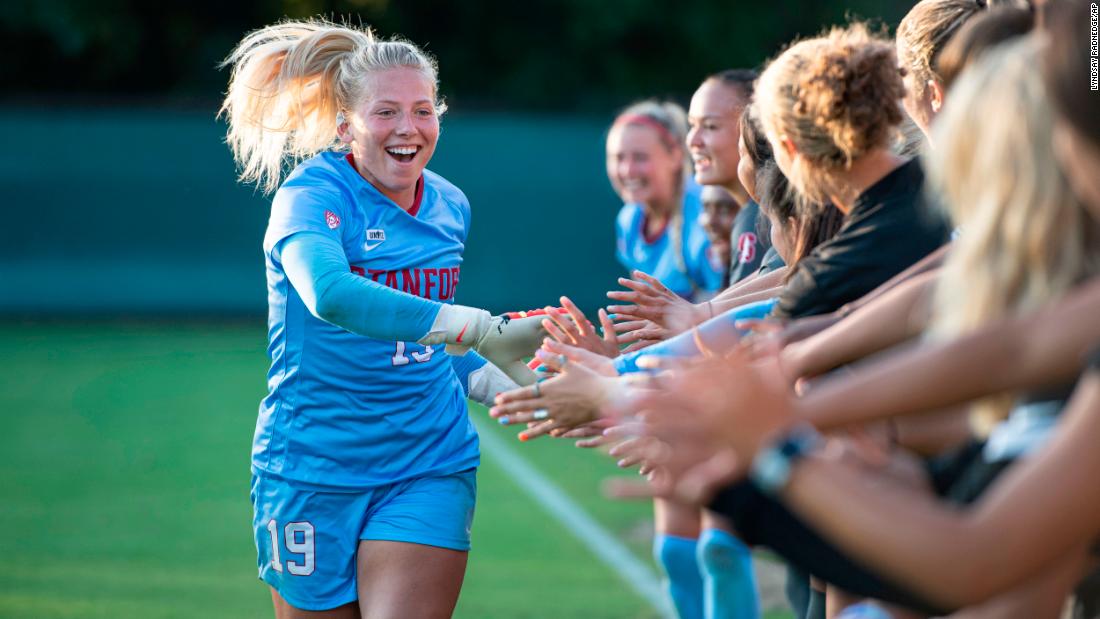 Meyer, a senior who helped secure the 2019 NCAA championship title for the Cardinal, was found dead in her dorm room on Tuesday, according to the university.

“The last couple of days are like a parent’s worst nightmare and you don’t wake up from it, so it’s just horrific,” Gina Meyer, Katie’s mother, said in the taped interview. The Meyers told NBC they spoke to their daughter just hours before she died.

Gina Meyer acknowledged that the pressure to be perfect and “the best” could induce anxiety. But “the only thing we can come up with that triggered something,” she said, was some form of disciplinary action at school. Katie recently had defended a teammate on campus over an incident and she was facing repercussions because of it, her parents said, pointing to that as the possible turning point for their daughter.

Stanford issued a statement Friday saying, “Our entire community is devastated by Katie’s death, and we share our deepest condolences with Katie’s family and everyone who knew her at Stanford, across the country and around the world. Katie touched so many lives. We are not able to share information about confidential student disciplinary matters. We as a university community continue to grieve with Katie’s family and cherish our memories of her.”

“We’re struggling right now, struggling to know, you know, what happened and why it happened. You know, we’re just, like, heartbroken. We’re so heartbroken,” Gina Meyer said, her voice cracking with emotion.

She wore her daughter’s red sweatshirt to the interview because “every mom is gonna understand it, but when you smell it, it smells like her. Smells like Katie. You know, just her scent,” she said, hand over her heart, sobbing. “I’m wearing it because I want to be close to her, so yes, it is hers.”

Editor’s Note: If you or a loved one have contemplated suicide, call the National Suicide Prevention Lifeline at 1-800-273-8255 or text TALK to 741741. The International Association for Suicide Prevention and Befrienders Worldwide also provide contact information for crisis centers around the world.