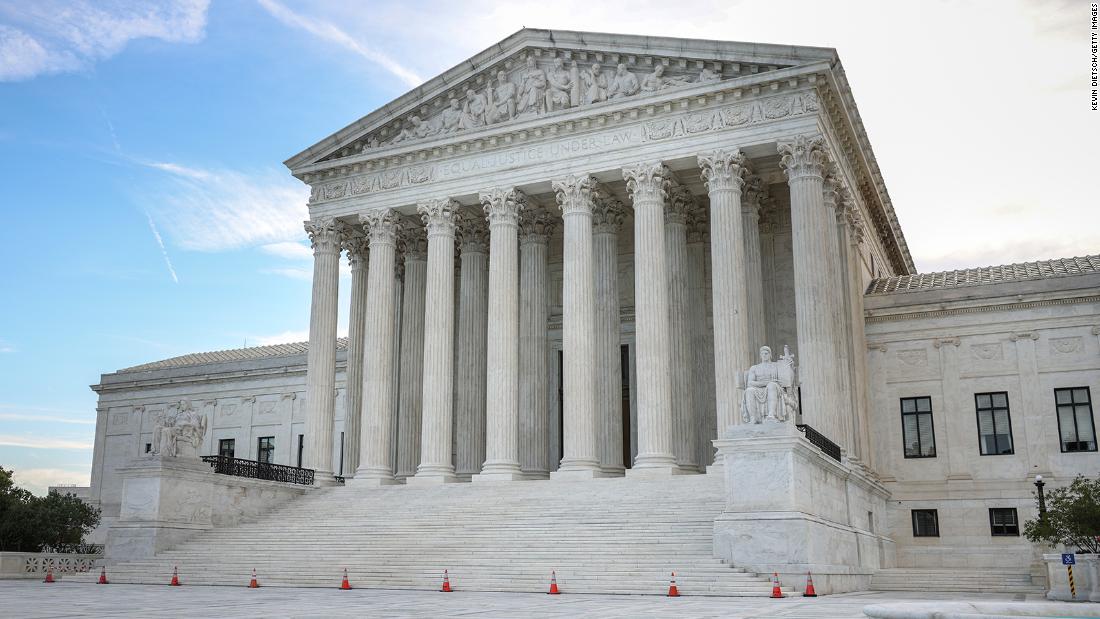 The North Carolina congressional map drawn by state judges would likely give Democrats at least another seat in Congress next year. The court — over the noted dissents of Justices Samuel Alito, Clarence Thomas and Neil Gorsuch — turned away an emergency request from Republican legislators to use a different map that would be more favorable to their party.

For Pennsylvania, the court rejected an emergency request from a group of six Republican voters who wanted to freeze a ruling from the commonwealth’s high court that allowed the maps to take effect and altered the general primary calendar. There were no noted dissents from the two-sentence order.

The North Carolina case especially had been closely followed by election law experts because lawyers for Republican legislators had asked the Supreme Court to adopt a theory that state courts cannot interpret their own state constitutions when it comes to redistricting and rules related to federal elections.

The theory is called the “Independent State Legislature claim” in legalese. The Electors Clause of the US Constitution vests “state legislatures” with the power to appoint presidential electors “in the manner” they choose. The Elections Clause gives them control over the “Times, Places and Manner” of holding elections. Under the theory being pushed, “legislature” excludes a role for state courts.

If a majority of the court were ever to adopt those arguments, it could profoundly change the landscape of election law, upending the power of state courts to rely on state laws in disputes over federal elections. The theory attracted some members of the court’s right wing in the past during litigation surrounding then-President Donald Trump’s quest to use the courts to overturn Joe Biden’s presidential election victory.

North Carolina is divided into 14 congressional districts, having gained an additional seat after the 2020 census due to an increase in the state population.

In court papers, lawyers for the legislators said that the state Supreme Court’s actions “nullify the North Carolina General Assembly’s regulations of the manner of holding federal elections in the State and replaces them with new regulations of the judiciary’s design.” They said the North Carolina Supreme Court’s actions “are fundamentally irreconcilable” with the federal Constitution.

A coalition of voting rights groups, Democratic voters and the state’s board of elections urged the US Supreme Court to stay out of the dispute. They said that if the justices were to intervene now it would cause confusion and delay as well as “severe administrative difficulties.”

“It would lead to an unprecedented upheaval of current election law and foreclose any legal relief for voters from extreme legislation, which state courts already found to be undemocratic,” Allison Riggs, a lawyer for Common Cause, said in an interview.

Lawyers for the Republican voters in Pennsylvania had told the justices that “relief is urgently needed” because candidates are already campaigning for office under an “unconstitutional map” and the statutory deadline for obtaining the needed signatures on nomination petitions falls on Tuesday.

Pennsylvania had 18 seats in the US House of Representatives, but the results of the 2020 census left them with one less seat due to population shifts. In January 2022, the Republican-led General Assembly approved, what the GOP voters argued, was a “reasonable non-gerrymandered map” that would have created a 9-8 majority of Democratic-leaning congressional districts.

But Democratic Gov. Tom Wolf vetoed the map, saying the General Assembly’s actions “adopts a map selected by politicians to take advantage of the process and choose their own voters.”

Separately a group of litigants went to the Supreme Court of Pennsylvania to impose a map that would have favored Democrats and likely create a 10-7 majority of Democratic leaning districts. The state Supreme Court ultimately adopted the plan — dubbed the “Carter Plan.”

Lawyers for the commonwealth asked the court to reject the petition, arguing it amounted to an “invitation to chaos” by creating an at-large election.