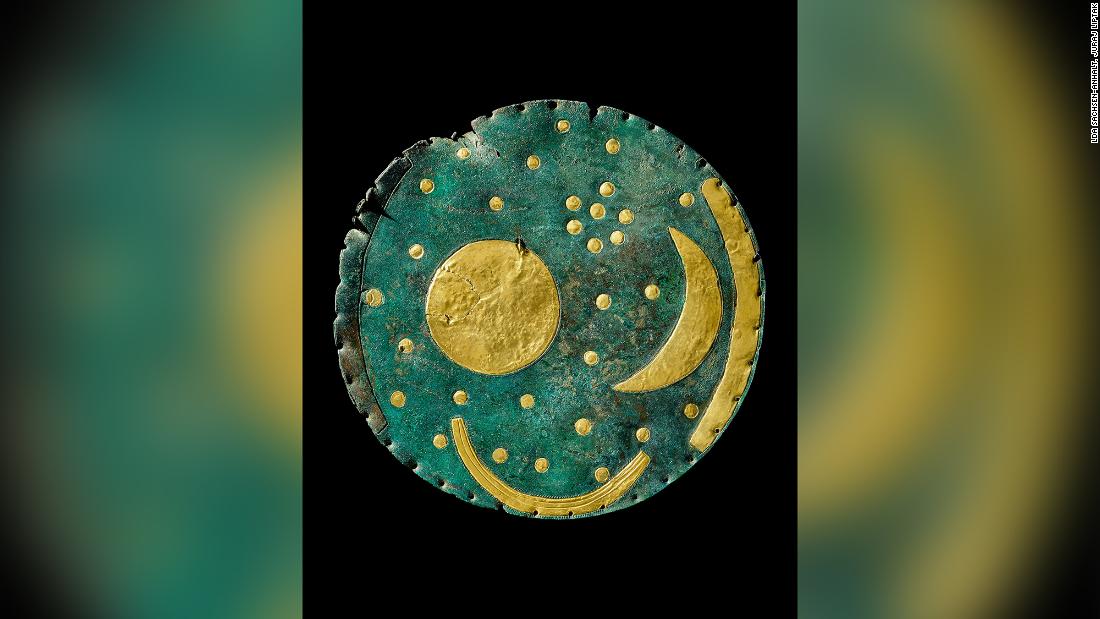 The distinctive silhouette of Stonehenge in the flat landscape of Salisbury plain in southwest England is instantly and iconically familiar.

However, the 4,500-year-old monument and the world it encapsulated remains profoundly mysterious — there are no written records that shed light on its meaning and significance.

A major new exhibition at The British Museum that gathers 430 stunning objects from around the United Kingdom and Europe aims to illuminate the fast-changing and surprisingly sophisticated world in which, for thousands of years, Stonehenge stood at the heart.

“It’s almost like we’ve become over familiar with the monument but the context and the people are missing from the picture,”said Neil Wilkin, lead curator of the exhibition.

“We only really understand the monument if you understand what is happening in that world at the time it is built.”

The exhibition, which spans a period of 8,000 years, brings to life radical changes: the shift from hunter-gatherer culture to farming and the transition from crafting stone tools and carved rock to mastering metals such as bronze and gold.

Stonehenge is a quintessentially English monument, but the grave goods and other artifacts on display reveal long-distance links with Ireland, the Orkney Islands, Scotland, France, Germany — even ancient Greece.

Long before the stone megaliths were erected — a task that took generations to complete — the location was already marked by wooden poles set in three pits that date back 10,000 years, when Britain was still connected to the continent by a land mass known as Doggerland.

At this time, life was deeply intertwined with nature. An 11,000-year-old headdress made from the antlered skull of a deer, found in North Yorkshire, would have conferred special status on its wearer.

Stone circles may be the best-known relics of this era, but rarely surviving timber circles were also an integral part of the landscape.

A key exhibit is Seahenge — a wooden circle of 55 timber posts surrounding an upturned oak, with its roots reaching like tentacles into the heavens. It only emerged in 1998 after spending millennia in the sands of a beach in eastern England. Like Stonehenge, it was built to align with the path of the sun, and the tree rings of the oak and posts reveal it was built in the spring and summer of 2049 BC. Some think the oak stump might have supported a dead body during funeral rituals.

This finely worked jadeite ax-head was made from material quarried in the high Italian Alps 6,500 to 5,500 years ago. It would have belonged to some of the first farmers to arrive in Britain. Credit: The Trustees of the British Museum

A beautiful jadeite ax-head, made from Italian rock, heralds the arrival of farmers from continental Europe. It was found discarded along a raised wooden pathway, built 3,800 years ago by some of the first farmers, that traversed a marsh near Glastonbury, not far from Stonehenge. Its battered boards and supports are also part of the exhibit.

On display for the first time is a carved stone drum found in a child’s grave that’s billed as “the most important piece of prehistoric art to be found in Britain in the last 100 years.” It dates to 3005 BC-2890 BC, around the same time as initial construction of Stonehenge.

The Schifferstadt gold hat dates from 1600 BC and was found in Germany. It’s thought it could be a cosmic calendar. Credit: Kurt Diehl/Historisches Museum der Pfalz Speyer

Another compelling object is Germany’s Nebra sky disc — thought to be the world’s oldest depiction of the cosmos. It has only left the country four times. Like Stonehenge’s alignment with the sun, the bands on either side mark the positions of the rising and setting sun, while the inlaid gold stars may represent a constellation that can help calculate a leap year.

The exhibition also includes two conical gold hats that are thought to be cosmic calendars.

“These are inklings of astronomical knowledge that we are really surprised people had,” Wilkin said.

Despite the Nebra sky disc being found buried in Germany, it’s now known the inlaid gold on the artifact is from Cornwall, England. Bodies buried in the monument’s shadow also have revealed that Stonehenge was shaped by waves of immigration. A man known as the Amesbury Archer, who was buried close to Stonehenge along with remarkable copper tools and gold ornaments, came from what is now modern-day Switzerland.

“Those long-distance connections are being demonstrated through science, and that’s really helpful to understand that Stonehenge wasn’t an isolated culture, they were actually really interconnected,” Wilkin said.