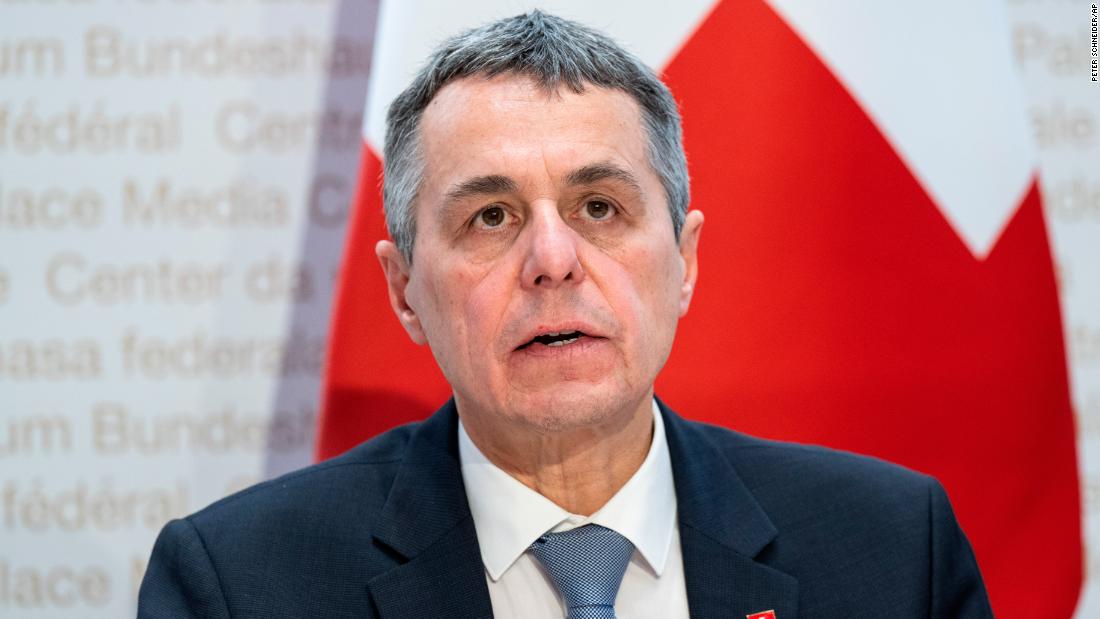 The Swiss government will adopt EU sanctions imposed following the invasion of Ukraine and immediately freeze any assets belonging to Russian President Vladimir Putin, Prime Minister Mikhail Mishustin and Foreign Minister Sergey Lavrov, it said in a statement Monday.
“We are in an extraordinary situation,” President Ignazio Cassis told reporters on Monday, according to Reuters.

The country will close its airspace to flights from Russia and impose entry bans against a number of individuals who have a connection to Switzerland and are close to the Russian president, the government said.

“Russia’s unprecedented military attack on a sovereign European country was the deciding factor in the Federal Council’s decision to change its previous stance on sanctions,” it added.

In a retaliatory move, Russia’s air transport agency announced Tuesday that it had closed its airspace to Switzerland.

Switzerland had faced growing pressure to join other Western powers and impose sanctions on Russia.

European Commission spokesman Peter Stano said last week that the bloc expected Switzerland to “follow suit in standing up for defending the principles on which our communities and countries are based.”

Switzerland has long sought to maintain neutrality, and the alpine country has hosted numerous peace talks and negotiations between geopolitical adversaries. It also has a banking industry that caters to many of the world’s wealthiest people.