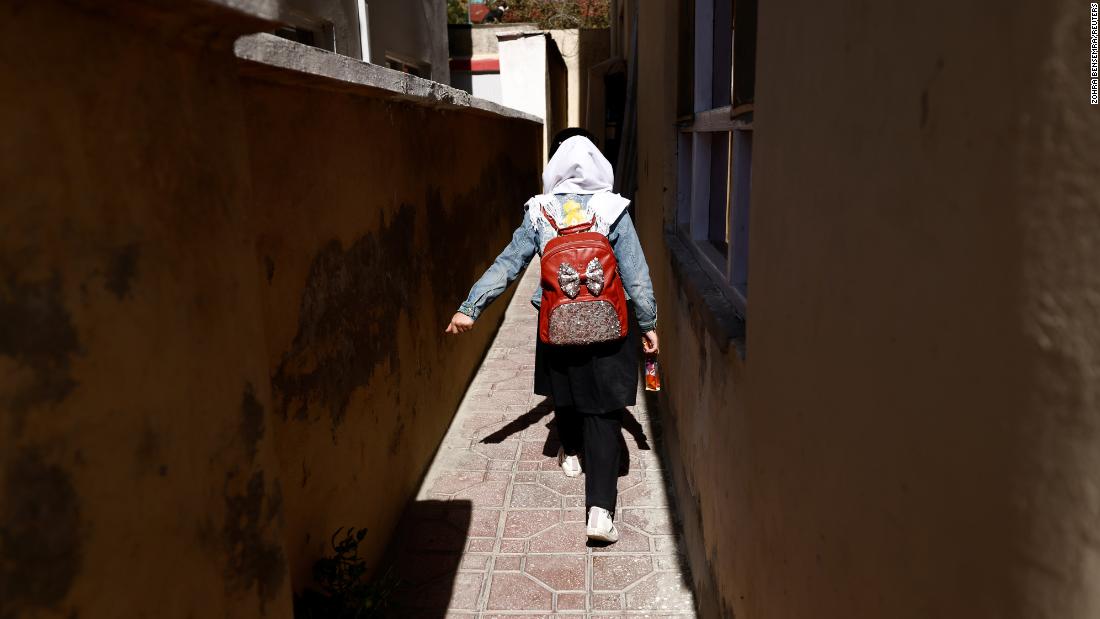 Just hours after schools for girls were due to open, the Taliban ordered them to shut down again. Teenage girls in Afghanistan have now been denied their right to an education for 187 days.

Under increasing international pressure, the Taliban had originally said that schools would open for all students — including girls — after the Afghan new year, which is celebrated on March 21, on the condition that boys and girls were separated either in different schools or by different learning hours.

But on Wednesday, girls above the 6th grade were told to stay at home until a school uniform appropriate to Sharia and Afghan customs and culture can be designed, the Taliban-run Bakhtar News Agency reported.

The decision is likely to spark widespread international condemnation. US diplomats said the Taliban’s move was “disappointing.”

Tamana, 18, who goes by her first name due to security issues, told CNN she had arrived at school Wednesday morning to start her senior year, but wasn’t allowed in.

“I couldn’t sleep last night as I was so excited to go back to school after eight months of being deprived of education, but when I and many other girls arrived at our school gate this morning we were told to go back home and wait until further notice,” she said, adding that her dreams had been shattered once again. “All of my classmates went back home in tears.”

The education ministry said in a statement that it “assures the people of our nation once again that it is fully committed to ensure the rights of our compatriots to education.”

The UN mission in Afghanistan responded Wednesday, tweeting that it “deplores” the Taliban’s decision to extend their “indefinite ban on female students above the 6th grade being permitted to return school.”

Ian McCary, the Chief of Mission for the US Embassy in Kabul — which is currently operating out of Doha — said he was “deeply troubled” by reports that girls were not being allowed to return to school, posting on Twitter that the news was “very disappointing & contradicts many Taliban assurances & statements. All Afghan youth deserve to be educated.”

His concerns were echoed by the US Special Envoy for Afghan Women, Girls, and Human Rights Rina Amiri, who said the move “weakens confidence” in the Taliban and “further dashes the hopes of families for a better future for their daughters.”

Last month, Afghanistan reopened some of its universities to male and female students following their closure last August, during the Taliban’s takeover.

The Taliban said at the time that it needed to set up a secure transportation system for female students before allowing them back into the classroom.

The Taliban previously banned women and girls from education and work when they were in power between 1996 and 2001.

In September 2021, Taliban spokesman Zabiulah Mujahid told CNN that women would be allowed to study, but a so-called “decree on women’s rights” published in December that year failed to mention access to education or work.

In December the Taliban also banned women from taking long-distance road trips in Afghanistan on their own, requiring that a male relative accompany them for any distance beyond 45 miles.