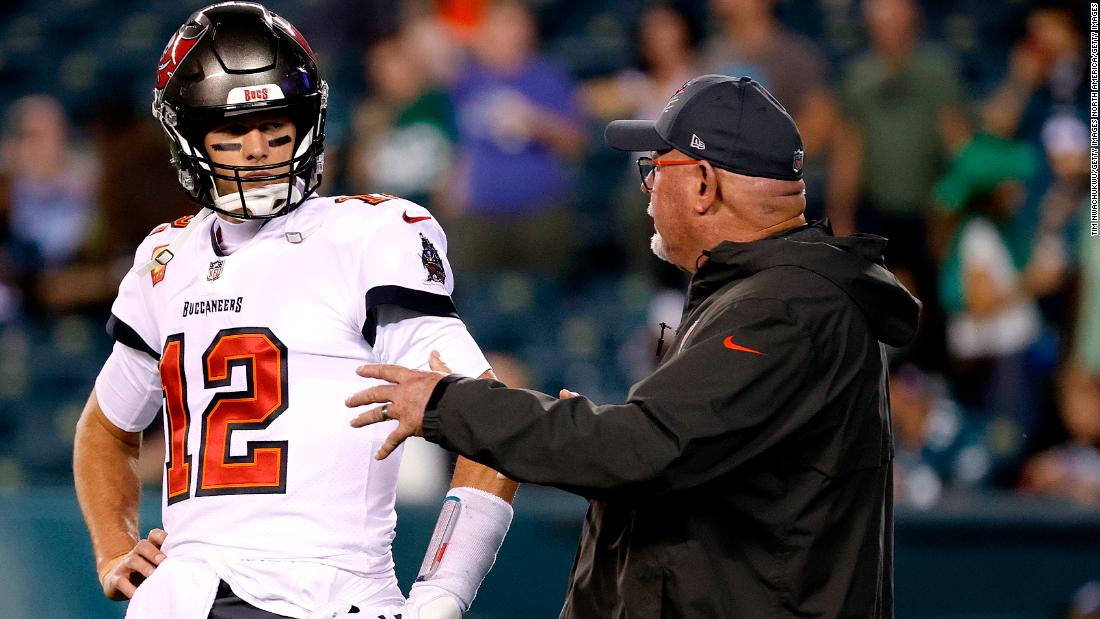 Brady, 44, called time on his incredible career last month after his 22nd season in the NFL — and second with the Bucs.

But there has been speculation ever since around a potential return to the game for the seven-time Super Bowl champion.

“That door is never closed. Whenever Tom wants back, he’s back,” Arians said at the NFL Combine on Tuesday.

Brady has not publicly indicated a desire to reverse his decision, but it seems he would have no trouble finding a place in the team if he did.

Speaking hypothetically, Arians said it would be “bad business” to let Brady play for another team should he return to the NFL but said his team was preparing for the offseason without the talisman.

“You just go on because I think if Tom comes back, we’ll have plenty of money for him,” Arians said.

Selected 199th overall in the sixth round of the 2000 NFL draft by the Patriots, Brady played 20 seasons in Foxborough.

He left New England as a free agent after the 2020 season and signed with the Bucs where he led the team to a Super Bowl win in his first season there.

He has also played in and won more regular-season games in his career than any other quarterback.

“We’ll play golf. If I beat him, he has to come back,” Arians joked.