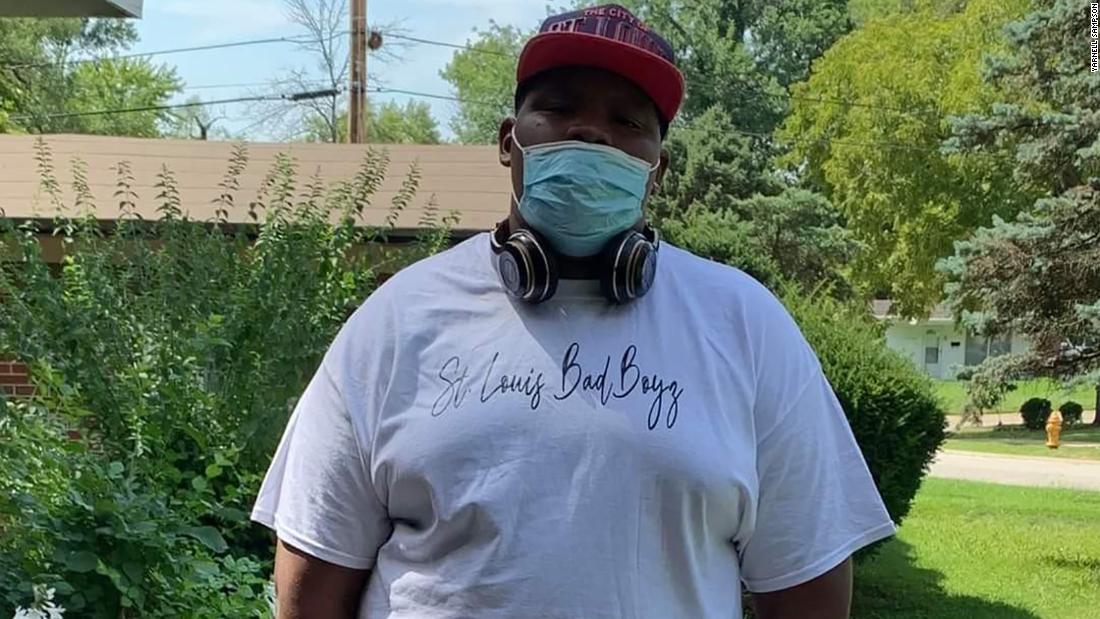 Those aspirations were cut short Thursday when Sampson died after falling from the FreeFall drop tower ride at ICON Park in Orlando, Florida.
The FreeFall takes riders to the top of a 430-foot tower and falls at speeds of up to 75 mph, the ICON Park’s website says. Operators call it the world’s tallest freestanding drop tower, the sheriff’s office said.

Tyre “was a very good young man. He was a big teddy bear, a gentle giant,” Yarnell Sampson said, adding Tyre would give the shirt off his back to anyone who needed it.

Tyre, who was from St. Louis, was visiting Orlando with his football team over spring break, his father said.

“He gave me reason to live,” Yarnell Sampson told CNN. “He earned a right to enjoy himself and, unfortunately, he lost his life on that ride.”

‘Somebody people loved to be around’

Brandon Gregory had the opportunity to coach Tyre only since January during an off season football program, but he told CNN it was enough time to know that the eighth-grader was destined for greatness on and off the field.

“He showed respect for others, he was still saying sir and yes ma’am in 2022,” Yarnell Sampson said.

Tyre attended middle school in the St. Louis area but was practicing at his future high school across the river with Gregory and his players at East Saint Louis High School in East St. Louis, Illinois.

Tyre was “somebody that people love to be around,” Gregory told CNN. “Sometimes, guys that big could be intimidating but he didn’t have that intimidation factor .. just the way he carried himself around some of the smaller guys.”

Gregory said Tyre didn’t let his size stop him from performing like his peers.

“We take our workouts to the brink of disaster, but he always fought through,” Gregory said. “Even if he had to take a break, he would get it done.”

The last memory Gregory has of Tyre is saying goodbye to one another in the weight room ahead of the school’s spring break.

“Everybody will remember him as the football player who had a bright future,” Gregory said. “But like I tell my kids, the football will go flat at some point and I just think Tyre was going to eventually go on to be a great father, a great husband, great uncle, on top of being a good football player.”

Investigation into what happened continues

In video circulating on social media that purportedly shows the incident, a person falls from their seat about five seconds into the ride’s drop down the tower, as the vehicle decelerates before it reaches the ground.

While holding back tears, Sampson told CNN he viewed the video of his son’s death on Facebook.

“I saw the video of my son falling down, and I couldn’t believe (it). My life stopped,” Sampson said.

The FreeFall ride passed a safety inspection in December before it was allowed to open, according to an inspection report obtained by CNN.

Sheriff’s investigators will determine whether the incident was an accident or intentional, and from an initial investigation, “it appears to be a terrible tragedy,” Orange County Sheriff John Mina said.

The ride has been closed until further notice while the incident is investigated.

Florida Department of Agriculture and Consumer Services has statewide responsibility to inspect all amusement rides in Florida, except for those at large parks that have more than 1,000 employees and have full-time inspectors on staff.

“The pain behind this can never be taken away, no money, nothing in the world can replace that young man,” Yarnell Sampson said. “It’s just sad a young man with a bright future taken away from him over a ride.”