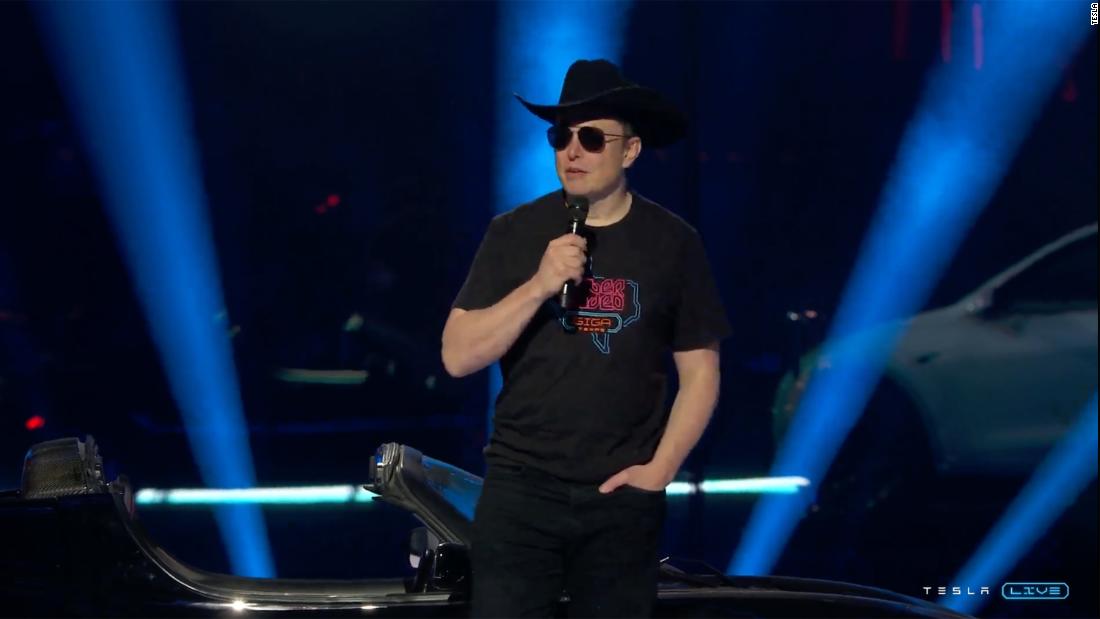 Tesla’s new factory will initially produce the Model Y SUV and, next year, the Cybertruck, which has been delayed since being first revealed in 2019. The Texas factory, Tesla’s fourth assembly plant globally, is being unveiled just weeks after the company marked the opening of its plant near Berlin, Germany. The new factory will help Tesla increase its production to try and meet the expectations of increased sales that come with being the world’s most valuable automaker.
Tesla picked Austin over Tulsa, Oklahoma in 2020 as it selected a site for its second US factory, following a heated battle between states to win the company’s business. The company has also said it will move its headquarters to Austin after clashing with California officials.

The event’s name, “Cyber Rodeo,” had spurred speculation that there could be an update about the Cybertruck.

Tesla originally said that the Cybertruck would start at $39,900 and be produced in late 2021. A triple motor all-wheel drive version was said to cost as little as $69,900. But Tesla removed pricing, trims and specifications of the vehicle from its website last year, and Tesla CEO Elon Musk said earlier this year that the automaker would not deliver the Cybertruck in 2022.

A new version of the Cybertruck appeared on stage during Musk’s speech. Side mirrors and more headlights had been added, but its door handles were no longer there.

“Who needs handles. The car can tell that you’re there and it just knows that it needs to open,” Musk said.

Musk also said that there would be a dedicated Tesla robotaxi in the future that would looked “quite futuristic,” but didn’t reveal additional details. But with little new product news to announce, and previously announced vehicles like the Tesla Semi, Cybertruck, and Roadster already facing delays, Musk focused on the company’s need for the factory itself.

“We need a place where we can be really big and there’s no place like Texas,” Musk said on stage, wearing a black cowboy hat and sunglasses. “We’re going to move to truly massive scale. Scale that no company has ever achieved in the history of humanity.”

Tesla has said, according to public records, that the Austin event could hold as many as 15,000 people. One local school district let students out early Thursday to account for anticipated traffic.

The event kicked off with a drone light show, including representations of Tesla vehicles.

Tesla fans had described road tripping to the event from places as far away as California and Rhode Island.

Sofiaan Fraval, a Tesla enthusiast based in San Luis Obispo, California, left his home two days ago at 4:20 p.m. — a popular number in Tesla culture — to begin a 30-hour trip to Austin.

“I always want to see what the latest and greatest is,” Fraval said in an interview with CNN Business. “It’s a mystery, we don’t know all of the details of the event. But we want to be there to hear it first from the source.”

Musk has already had a busy week, having announced he’s purchased 9.1% of Twitter and joined its board of directors.