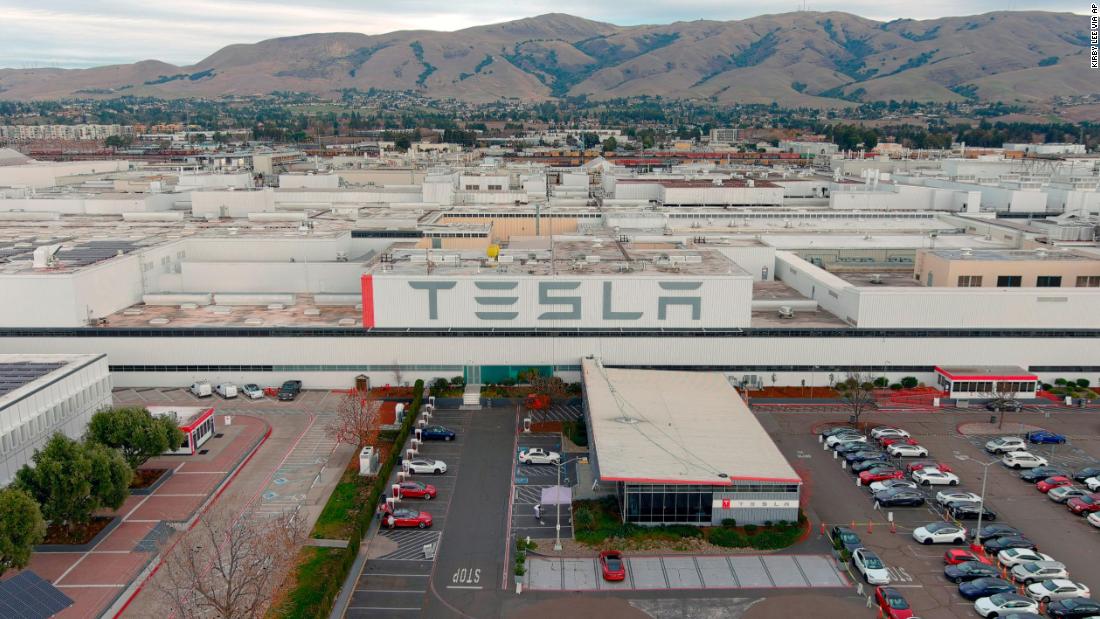 This split would come in the form of a dividend, which would pay shareholders additional shares. Most dividends pay cash to investors.

The electric car maker did not give details about how many shares investors would receive. Its previous split in August of 2020 gave shareholders five shares for every share they own.
Tesla stock struggled in the early part of this year but has been on a run since the company announced it received German government approval to deliver the first cars built at its new factory outside of Berlin. Shares are up 32% since closing at $766.37 just two weeks ago. The stock closed Friday at $1,010, which once again gives the company a market value greater than $1 trillion.

A number of other high flying tech stocks have announced splits recently, including Amazon (AMZN) and Google owner Alphabet (GOOG). Both announced plans for 20-for-1 stock splits since the start of February.

The timing of the Tesla split is also not known, as the date of this year’s shareholders meeting, at which there will be a vote on the plan, has yet to be announced. Last year the shareholders’ meeting was held October 7.

Stock splits do not fundamentally change the value of a company. But since they lower the price that shareholders need to pay to buy a single share, they can increase demand, and thus the price.

The day that Tesla’s previous five-for-one split went into effect, shares jumped 12.6%. And shares have more than doubled since that time. But that split came in the midst of an historic run for Tesla shares, which gained 743% during the course of 2020.

“Given how well the stock has done since the last split, this wasn’t a surprise,” said Dan Ives, tech analyst with Wedbush Securities.

Given the various options available for retail investors to buy just a fraction of a share of individual companies with high stock prices, such as index funds and ETFs, a stock split isn’t as crucial as it once was. But most companies — other than Berkshire Hathaway — don’t want to let their individual share price get too high. Shares of Tesla would be worth more than $5,000 each without the original split.

Even with its new factories near Berlin and Austin, Texas, Tesla is still a fraction of the size of most long-established automakers. But it’s rapid growth — the company projects annual sales increases of 50% or greater — and the anticipation that Tesla is poised to cash in on an industry wide shift from internal combustion engines to electric vehicles, have driven incredible gains in market value.
Since October 2019, when Tesla shifted from a series of quarterly losses to an unexpected profit, shares of the stock have climbed 1884% through Friday’s close. Tesla is now worth more than the combined value of world’s 13 largest automakers.