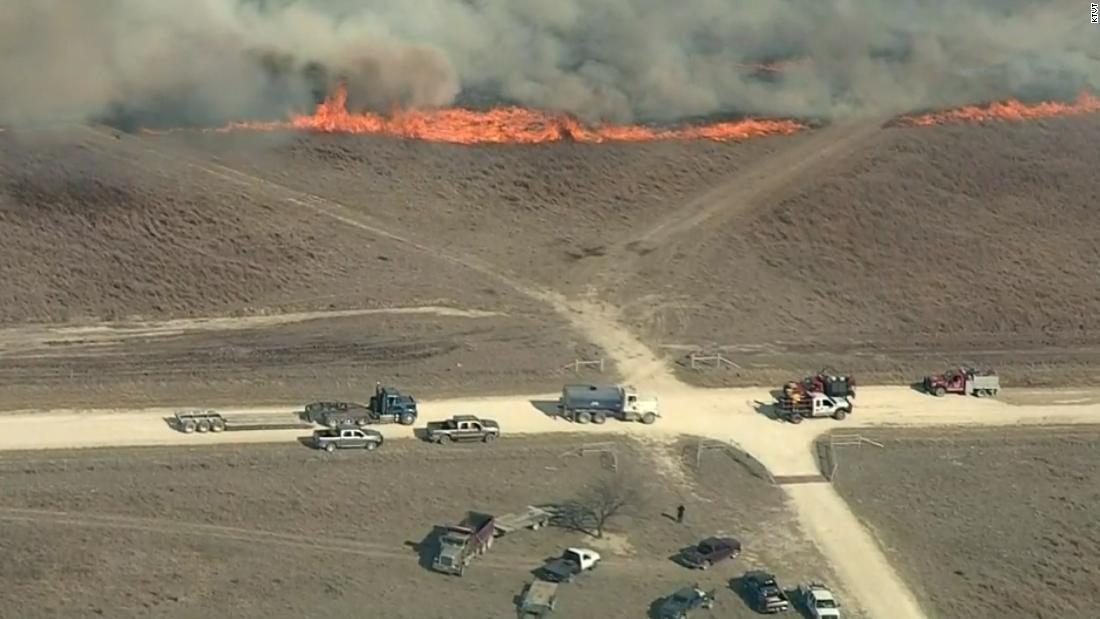 As of Sunday, there were 23 active wildfires, Texas A&M Forest Service spokeswoman Erin O’Connor said, the largest of those being the Eastland Complex Fire ripping through central Texas.
The four initial fires that formed the Eastland Complex Fire began Wednesday and Thursday, the forest service said. More than 140 structures are reported destroyed, fire officials said, without differentiating between homes, businesses or outbuildings. On Friday, Gov. Greg Abbott said at least 50 homes across three communities had been destroyed.
At least one person has died as a result of the flames. Eastland County Deputy Sgt. Barbara Fenley died Thursday night as she helped evacuate people in the town of Carbon, about 100 miles west of Fort Worth.

She was last heard from while on her way to assist an elderly person, the Eastland County Sheriff’s Office said.

Amid deteriorating conditions and low visibility from smoke, Fenley ran off the roadway and was killed in the flames, the sheriff’s office said.

Abbott, who on Friday issued a disaster declaration for 11 counties, including Eastland, ordered flags be flown at half-staff in Fenley’s honor.

“We will never forget her sacrifice,” the governor said.

CNN’s Paradise Afshar and Christina Maxouris contributed to this report.