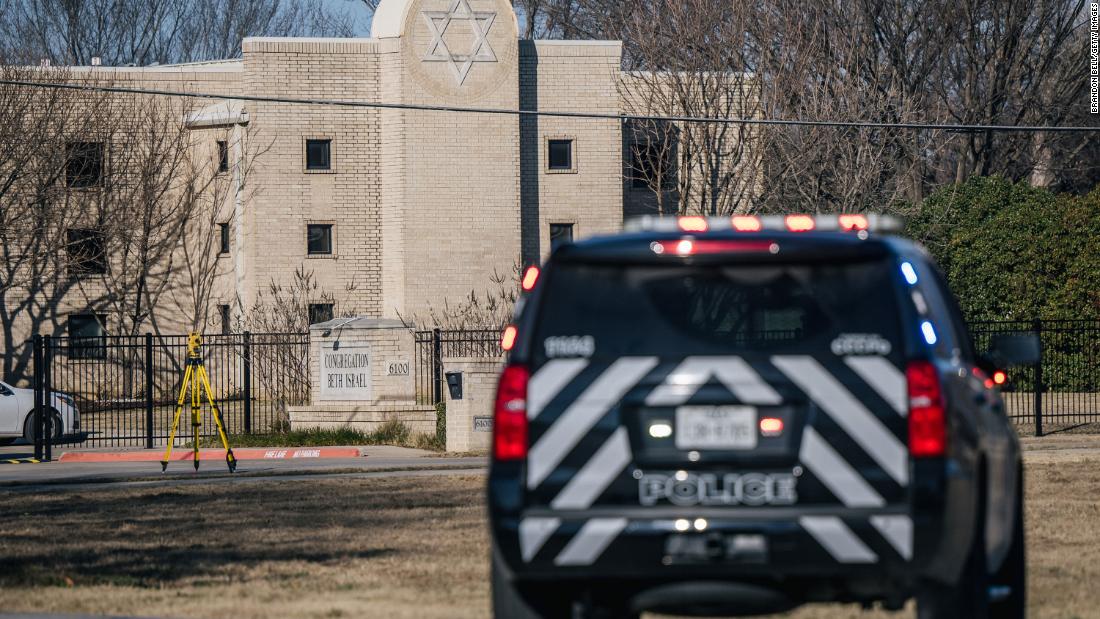 In January, Malik Faisal Akram engaged in an 11-hour standoff with police at Congregation Beth Israel in Colleyville, about 15 miles from downtown Fort Worth. He was killed in the incident, but all of the hostages survived.

“In the wake of the of the incident, we have been in active contact with our UK partners discussing Akram’s case. Indications have surfaced that Akram had several criminal and potentially terrorist-related interactions with the UK government. However, none of these resulted in information that rose to the threshold for passing to the United States,” Stephanie Dobitsch, a senior DHS intelligence official, said Wednesday during a Senate Homeland Security and Governmental Affairs hearing.

DHS is looking to reevaluate the information sharing agreements under the Visa Waiver Program and “for opportunities to close any gaps,” she said at the hearing, which was focused on examining the threat to houses of worship.

Akram entered the US on the Visa Waiver Program, which permits citizens of participating countries to travel to the US for business or tourism for up to 90 days without a visa.

Republican Sen. Rob Portman of Ohio, ranking member on the committee, said the UK government had information that Akram “was a terrorist.” Portman called into question why that information didn’t raise a red flag for the US.

US “intelligence and counterterrorism efforts failed,” Portman said of the Colleyville incident. “They failed to detect a known terrorist.”

Pressed by Democratic Sen. Maggie Hassan of New Hampshire on the process, Dobitsch, who works for the DHS Intelligence and Analysis division, deferred to Customs and Border Protection and the DHS Office of Policy for more details on how the US plans to better access criminal record data from the UK or from other visa-waiver countries.

“(In) the wake of the attack, we certainly have reengaged with our partners to understand what information they had and to really further find ways to integrate similar and like information into our evaluation of individuals who are seeking travel here to the United States,” Dobitsch told Hassan.

DHS Deputy Secretary John Tien previously said there was no derogatory information associated with Akram prior to his travel or upon his arrival to the US, but he noted the investigation was ongoing.

“But I can tell you that as we review this case, if we identify any gaps or deficiencies in our processes — we’re going to work closely with our partners, so these are the partner countries, and obviously internally, we’re going to do the review as well — we will address them and we will close those gaps,” he said at a Center for a New American Security event in January.

Brian Harrell, a former assistant secretary at DHS who’s now national security adviser to the Secure Community Network, a non-profit focused on security for American Jewish communities, told CNN that while putting puzzle pieces together and sharing information is critical, the “faith community continues to be under constant attack.”

“We need to put all intelligence into something actionable for our houses of worship to respond to. Short of removing these threats, and mitigating known risk, we will continue to see bloodshed from those who seek to attack peaceful worshipers,” he said.