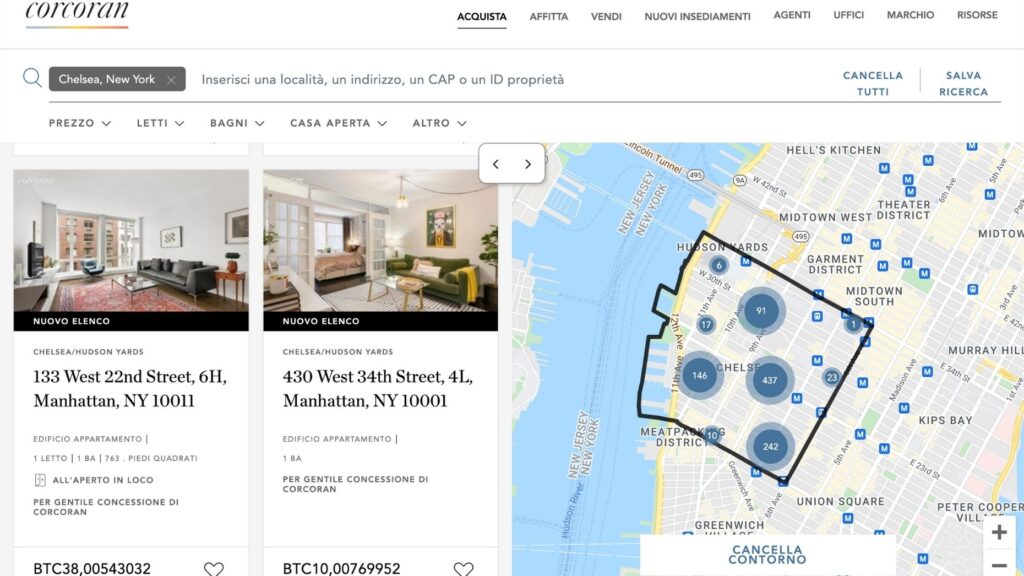 The real estate brokerage is adding a dozen new languages to its website and 15 new currencies, including bitcoin, which it will also tout on its learning platform and an upcoming conference.

Luxury brokerage The Corcoran Group has joined the cryptocurrency wave by adding bitcoin as a currency to home listings on its website as of Tuesday, the company told Inman.

In an effort to increase Corcoran.com’s accessibility, the company will also be adding 15 new currencies to the website, including the Euro, Chinese Yuan and Swiss Franc, and a dozen new languages so that visitors to the site can now access it in 13 different languages, including Italian, Japanese, Portuguese, German and more. Site visitors will also be able to view measurements in either the imperial or metric system.

Prior to this website update, Corcoran.com was only available in English and prices were only listed in U.S. dollars.

“There’s incredible interest in cryptocurrency across all luxury markets and we’re eager to see where this leads the real estate industry,” Corcoran Group president and CEO Pamela Liebman told Inman in an email.

“Though the overall number is still small, more and more sellers across the United States have begun accepting crypto as a form of payment. But as our affiliate network continues to expand internationally — especially into the Caribbean — featuring our listings in bitcoin has become more of a necessity given the interest they’re seeing from buyers. At Corcoran, we pride ourselves on meeting our buyers where they are and if crypto is the new purchasing power, we want to provide our agents with the tools to accommodate these transactions.”

For now, bitcoin is the only cryptocurrency the brand’s website will feature, but Liebman said that the company is exploring the idea of adding other cryptocurrencies in the future, like ethereum, depending on buyer demand.

Corcoran.com website visitors will be able to access the different currencies, languages and measurement systems via a dropdown menu.

Following a cooperative agreement forged in June 2021 with London-based real estate advisory firm Savills (which has 600 offices around the world), Corcoran said that now seemed like the right time to modify its website to a more global audience. The move also comes as Corcoran has been expanding its affiliate network to Caribbean locations like the Cayman Islands.

To help agents adapt to working with cryptocurrencies, the company is working crypto-education into the curriculum of its learning platform, Agent Studio, Liebman said.

She also noted that one of the keynote speakers at the company’s upcoming agent conference, BeCorcoran, is Dr. Saifedean Ammous, who wrote “The Bitcoin Standard: The Decentralized Alternative to Central Banking,” a bestselling study on the economics of bitcoin, and will discuss with agents cryptocurrency’s impact on wealth and real estate.