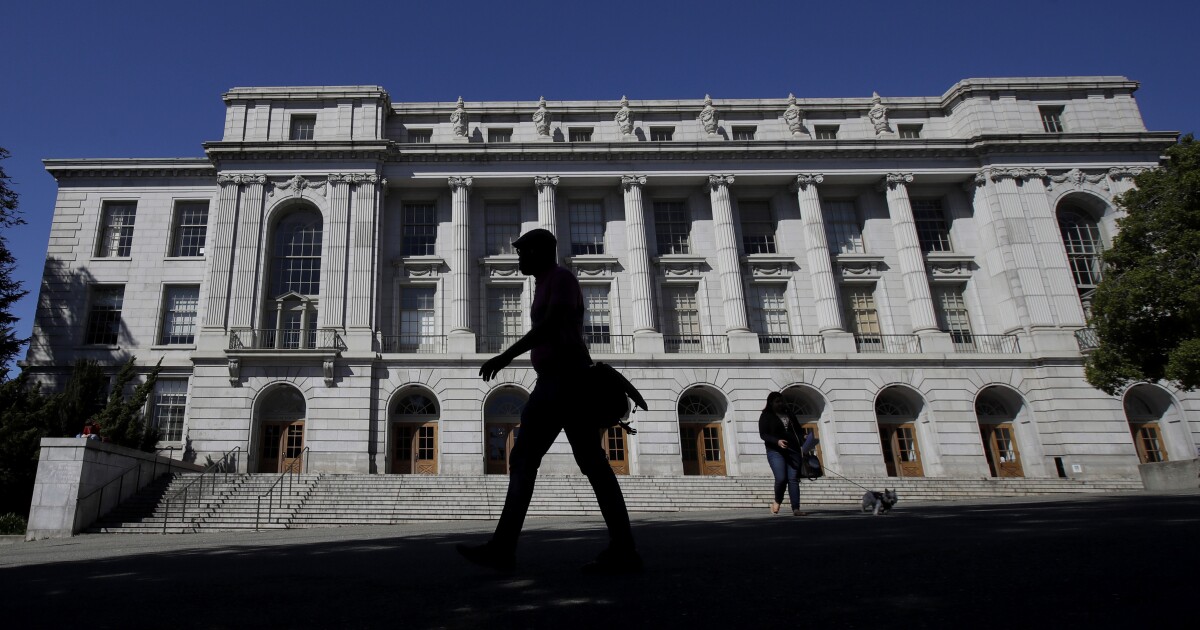 The landmark 1970 law for preserving California’s beauty has a long history of backfiring.

Although the California Environmental Quality Act, or CEQA, has made it harder to drain wetlands, pave nature preserves and build oil refineries, it has also stymied the construction of bike lanes, affordable housing and public transportation.

When CEQA recently threatened thousands of young Californians’ admissions to the state’s flagship public university, legislators had enough. They introduced a bill to let the students enroll, passed it unanimously, and Gov. Gavin Newsom signed it all within four days.

Yet despite the outrage surrounding the Berkeley incident and regular, high-profile examples of the law blocking environmentally friendly projects, few believe that legislators will use the Berkeley case as an excuse for an overhaul. Too many interests — including environmentalists, labor unions and neighborhood groups — support CEQA, and any attempt to make robust changes threatens blowback and failure.

What’s more likely is that lawmakers will continue to poke holes in the law, exempting or setting aside CEQA only in certain situations while leaving more widespread concerns about the law’s effects on development unchallenged.

On its face, CEQA is a simple law. It requires developers to study a project’s environmental effects on the surrounding community and take steps to reduce or eliminate them. But the law can result in thousands of pages of studies examining everything from soil samples, to traffic to shadows a project might cast. Successful court challenges can send a project back to square one. The whole process, lawsuit or not, can sometimes take years to resolve.

Over time, legislators and court rulings have broadened the circumstances touched by CEQA — including now student enrollment.

In the UC Berkeley case, a neighborhood group sued the university’s long-term expansion plans, saying the school’s growth needed to be analyzed due to its effects on traffic, noise, housing prices and the natural environment. In August, a judge ruled the group was right, ordered the school to do a more robust, time-consuming review and froze its enrollment in the meantime.

With the clock ticking, university officials panicked last month, claiming that they would have to slash its incoming fall 2022 class by one-third and lose $57 million in tuition revenue at a time when the state increased funding specifically so that more students could go to Berkeley.

The legislation that passed this week gave the university an additional 18 months to complete its environmental review. Lawmakers said they needed to act fast to avoid turning would-be students into victims.

Some argued the situation revealed that the law goes too far.

“Let’s pass this measure today. Let’s get these students an education,” state Sen. Scott Wiener (D-San Francisco) said during debate over the change. “But let’s not think for a minute that this mess was somehow an anomaly. When it comes to CEQA, this UC Berkeley train wreck wasn’t a bug. It’s a feature.”

Wiener said that CEQA’s flaws have become more apparent over time as California’s environmental challenges have changed. The law was born when environmentalism focused on stopping projects that had run roughshod over communities. But today, addressing issues such as climate change and clean air requires the construction of new clean energy sources and mass transit infrastructure, which CEQA makes more difficult.

“In many ways, tragically, CEQA is the law that swallowed California,” he said.

Another concern is that the law can be used by rival businesses to block projects.

A billionaire developer in Newport Beach is suing a proposed 300-unit apartment building next door to its office complex under CEQA. Mall owners have filed cases to try to stop the construction of other malls nearby. And about 15 years ago, when a gas station in San Jose wanted to add a few more pumps, a competing station across the street turned to a CEQA lawsuit in an attempt to halt the expansion.

Among the staunchest supporters of the law is the State Building & Construction Trades Council of California, a labor group representing construction workers. The group’s leaders have conceded that unions have threatened to make CEQA claims when bargaining for higher pay and other benefits, noting that they’re not the only group that treats the law this way.

As issues have festered over the years, lawmakers have carved out exemptions or narrow changes to the law like what they did for UC Berkeley with varying degrees of success. Mega-projects such as sports stadiums and tech company headquarters have gotten breaks from long CEQA litigation timelines. Legislators have had to pass laws to ensure that bike lane projects wouldn’t get entangled in lengthy environmental reviews.

Some environmental groups, however, contend that those who want to change CEQA trumpet occasional headline-worthy incidents rather than the law’s actual effects.

A recent report by UC Berkeley law professors for the California Air Resources Board found that fewer than 3% of housing projects in many big cities across the state over a three-year period faced any litigation. Instead, researchers concluded that many of the delays in getting housing built could be attributed to local land-use rules.

Groups in the Inland Empire and Central Valley have used requirements under CEQA to stall or force changes to warehouse projects that threaten to further pollute neighborhoods that already face poor air quality.

“I can’t tell you how many times that the only thing standing in the way of a community getting a really terrible project is CEQA,” said David Pettit, a senior attorney with the Natural Resources Defense Council. “I don’t want that taken away.”

Some lawmakers have blamed UC Berkeley for what happened rather than CEQA. Assemblyman Phil Ting (D-San Francisco), one of the architects of the carve out for the university, said the school should have analyzed its population growth and more timely appealed the court ruling so it could have met its requirements under the law.

“I don’t see this as a flaw within the process,” Ting said. “I really see it as … lawyers who really didn’t quite do their jobs for the university.”

Thus far, no organized effort has emerged to to use the Berkeley situation to push for a CEQA overhaul, but instead some legislators are looking to create another exemption.

Under a proposal from Wiener, on-campus student and faculty housing for California’s public colleges and universities wouldn’t have to undergo CEQA’s environmental reviews. The State Building & Construction Trades Council of California backs the legislation, Senate Bill 886, because it includes guarantees for union-level wage rates and hiring provisions on projects that would take advantage of the law, the senator said.

Wiener would like to reform CEQA to make it easier to build climate-friendly projects while continuing to halt those that increase emissions. But he said the politics of doing so is “unbelievably complex.”

In the meantime, he’s resigned to future examples of CEQA blocking things that many people would not expect an environmental law to stop.

“Could there be another UC Berkeley kind of outrage situation in the next year?” Wiener said. “Absolutely.”