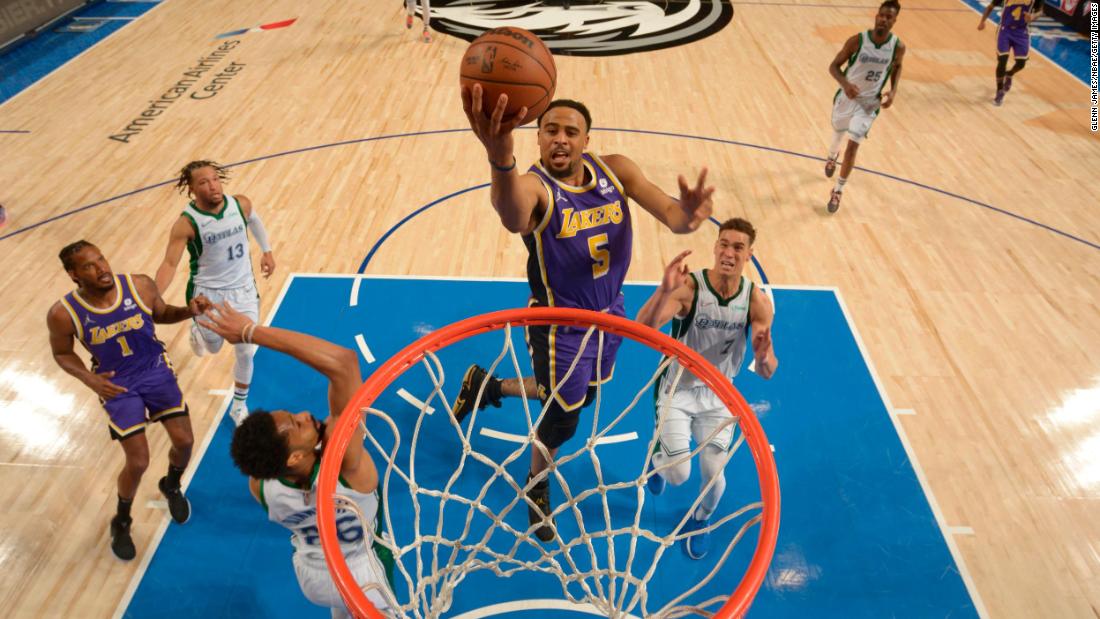 Without LeBron James and Anthony Davis, who were sidelined with a left ankle sprain and right midfoot sprain respectively, the Lakers trailed by 26 points at halftime, 82-56.

It was the second-most points conceded by the Lakers in a first half in franchise history, just one short of the record 83 scored by the Boston Celtics in 1959, according to ESPN Stats.

Mavs superstar Luka Doncic dominated for Dallas, scoring 34 points, and finishing with 12 rebounds and 12 assists to bag his 10th triple-double of the season in just 30 minutes on the court.

This latest loss for the Lakers arrived only 48 hours after they were beaten by the No. 9-seeded New Orleans Pelicans. Together, they represent a near-fatal blow to the Lakers’ playoff hopes and, according to FiveThirtyEight, they now have a 2% chance of making the postseason.

“We just didn’t execute well enough and play with enough toughness, IQ, intelligence, focus and fight,” Lakers coach Frank Vogel said to ESPN. “So not acceptable and just a poor performance across the board: coaches, players, everybody.”

In all of their remaining regular season games, the Lakers will face a team ranked above them, with six of the seven games against the current top-six seeds.

The Lakers have the same win-loss record as the No. 10-seeded San Antonio Spurs but are consigned to 11th as the Spurs have a better conference record.

The situation places the Lakers outside the play-in tournament — where teams seeded 7th to 10th in each conference have two opportunities to win one game to earn a playoff spot.

Missing the playoffs is unfamiliar territory for the Lakers who were NBA champions just two seasons ago and the mounting tension within the squad was on full display after the game.

“Nothing, man. Nothing,” Westbrook replied when asked by a reporter what changes now that LA has to fight to re-enter the play-in tournament.

The Lakers’ next game is on March 31 when they travel to Salt Lake City to face the Utah Jazz.