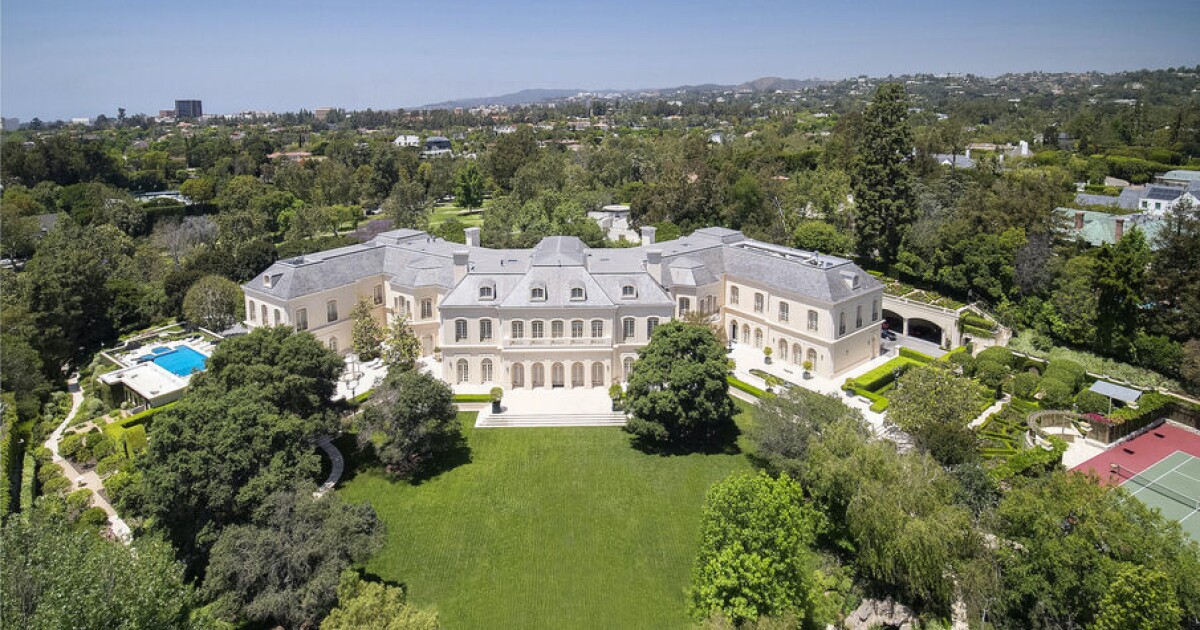 In 2019, the Manor pushed Southern California’s luxury real estate market to new heights when it sold for $119.75 million. At the time, it was the priciest sale ever in L.A. County.

Now, the iconic estate is back up for grabs with an even bigger price tag: $165 million.

When someone spends more than $100 million on a home, their identity usually trickles out at some point, but the Manor’s owner remains unknown. Records show it was purchased by a California-based limited liability company called 594 Mapleton, but the entity behind the company is a mystery.

The previous history is a bit clearer. Spanning 4.7 acres, the Holmby Hills property once held a home owned by crooner Bing Crosby. In 1991, that home was replaced by the W-shaped mega-mansion that still stands today.

It was built for late producer Aaron Spelling and his widow, Candy Spelling. Nicknamed “Candyland” during her reign, Spelling brought in extravagant amenities including a flower-cutting room, multiple gift-wrapping rooms and a French-inspired wine and cheese room complete with sidewalk-café-style tables and chairs.

A staff of 30 people kept the place in mint condition. At the time, it was considered the largest home in L.A. County at 56,500 square feet, or more than an acre of living space. The number has since been trumped by multiple spec mansions, including one in Bel-Air that clocks in at 105,000 square feet.

Spelling eventually sold the home to Petra Ecclestone, daughter of Formula One billionaire Bernie Ecclestone, for $85 million in 2011. Ecclestone paid in all cash.

She made some big changes of her own, converting a room that Spelling used to store her doll collection into a hair salon and massage parlor. Ecclestone modernized the interiors with a modern color palette of black, white and gray and also added a marble lounge, aquarium and nightclub.

Found just down the street from the Playboy Mansion, the estate shares a border with Los Angeles Country Club.

At $165 million, it’s currently the third-priciest home on the market in L.A. County behind the aforementioned 105,000-square-foot home in Bel-Air listed for $295 million, which is heading to foreclosure auction, and an unfinished 75,000-square-foot spec house being developed by Mohamed Hadid, who’s shopping it around for $250 million.