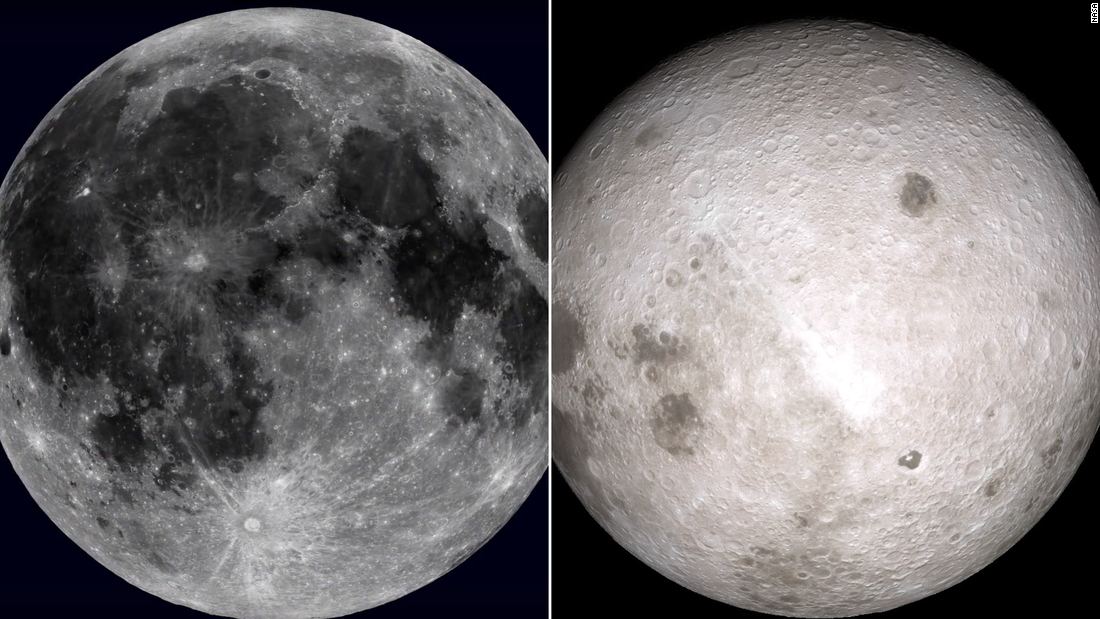 The near side we are so familiar with appears darker in places — the result of the vast ancient lava flows, called lunar mare — while the far side is covered in pock marks and craters but no mare.

Why the two sides of the moon are so different has long puzzled space scientists. However, a study published last week in the journal Science Advances has come up with a new explanation for this lunar mystery.

The researchers found that the impact that formed the basin would have created a massive plume of heat that spread the moon’s interior, according to the statement. That plume would have carried certain materials to the moon’s nearside, fueling the volcanism that created the volcanic plains.

“We know that big impacts like the one that formed SPA would create a lot of heat,” said Matt Jones, a doctoral candidate at Brown University and the study’s lead author, in a news release.

“The question is how that heat affects the Moon’s interior dynamics. What we show is that under any plausible conditions at the time that SPA formed, it ends up concentrating these heat-producing elements on the nearside.

“We expect that this contributed to the mantle melting that produced the lava flows we see on the surface.”

The volcanic plains on the near side of the moon are home to a group of elements including potassium, rare earth elements, phosphorous among others — known as Procellarum KREEP terrane (PKT) that is rare elsewhere on the moon.

The researchers conducted computer simulations of how heat generated by a giant impact would alter patterns of heat transfer in the Moon’s interior, and how that might redistribute KREEP material in the lunar mantle.

According to their model, the KREEP material would have ridden the wave of heat emanating from the impact zone “like a surfer” whether the impact was a direct hit or just grazed the moon. As the heat plume spread beneath the moon’s crust, that material was eventually delivered to the nearside.

“How the PKT formed is arguably the most significant open question in lunar science,” Jones said in the news release.

“And the South Pole-Aitken impact is one of the most significant events in lunar history. This work brings those two things together, and I think our results are really exciting.”