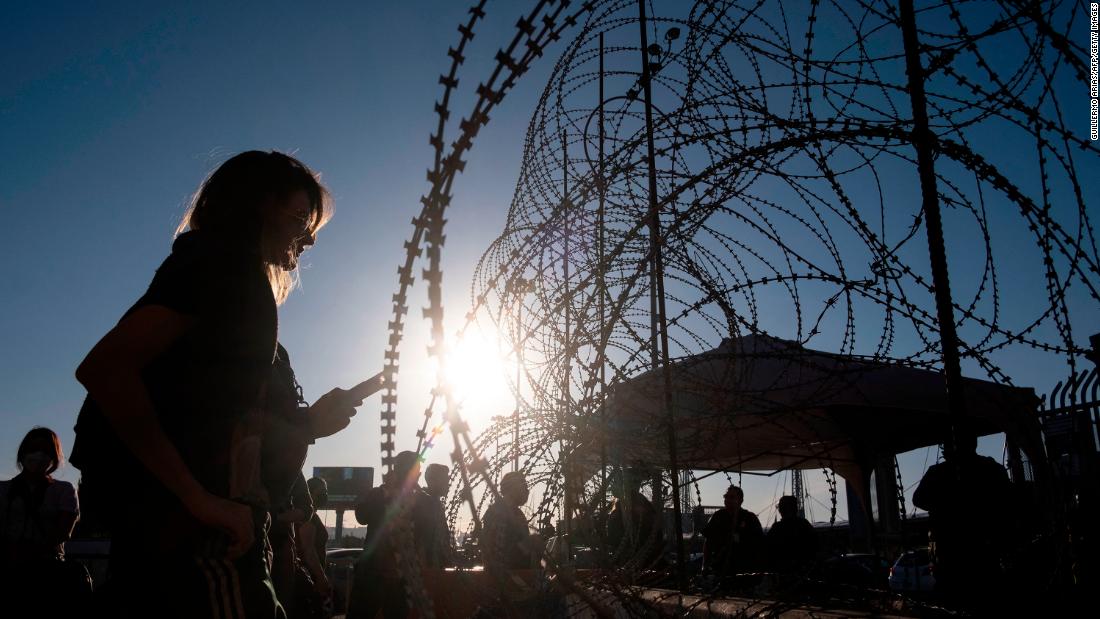 “Approximately at this moment in Tijuana, there are about 1,500 Ukrainians,” said Enrique Lucero, director of migrant affairs for the city. “We had a surprising influx in the past four days, mainly because after the conflict we started seeing arrivals as of March 11,” and the numbers of people arriving have grown greatly since, Lucero said.

Inna Levien, who lives in Orange County, California, and is part of a group spearheading volunteer efforts to help Ukrainians near the border, told CNN the number of Ukrainians quadrupled in the past three days.

Lucero told CNN that while he expects all the migrants to enter the US, American authorities have been slow to process them, and that’s why so many people have gathered.

“They’re processing like 100, 150 a day or even 200 a day and it takes nearly three hours to process them,” Lucero said. “That’s the reason why we have seen this minicamp at the border.”

The Department of Homeland Security is allowing Ukrainians, on a case-by-case basis, to be exempted from Trump-era pandemic restrictions that allowed for the expulsion of migrants encountered at the US-Mexico border and that were continued to be used by the Biden administration.
Those restrictions will end on May 23, the US Centers for Disease Control and Prevention announced on Friday.

CNN has reached out to the State Department and US Customs and Border Protection but did not receive a response Saturday.

Levien’s volunteer group — which is made up of California mothers who met on Facebook — has provided arriving families with essentials such as food, blankets, tents, and toys to keep their children occupied.

Those who are financially able to are encouraged to stay in hotels, which cost roughly $40-60 a night, Levien said.

The group also helps by putting the people arriving at the border on a list and assigning them a number, so that they won’t have to stay in line the entire time they wait for entry — a wait that can take more than 24 hours.

But the city of Tijuana has also been instrumental in providing some relief, Levien said: the city recently converted a bus stop into a temporary shelter while a network of churches stepped up to help house families who are waiting for their turn to be processed.

The city is also working to convert a sports facility into a temporary shelter, Lucero said.

“We’ve been told that about 500 migrants will arrive on these next flights, so it would increase to two thousand during the course of the day,” he said.