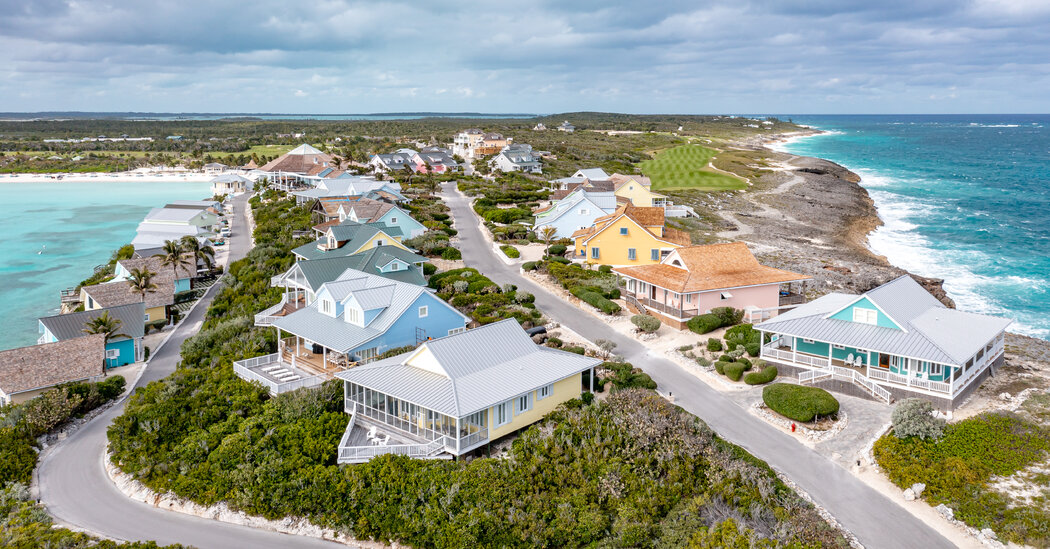 There are more than 90 properties on the site, with an entire new community of 36 units, called the Cays, on the way. Virtually every city in Florida offers direct flights to the island’s Leonard M. Thompson International Airport.

The Abaco Club, designed by Donald Steel and Tom Mackenzie, is generally considered the top golf course in the Caribbean, hosting the Korn Ferry Tour’s Bahamas Great Abaco Classic every January. Known as a “tropical links,” it merges Scottish challenges — pot bunkers, seaside winds (especially on the back nine, which hugs the coast) and sloping greens — with idyllic weather and landscape.

Tim McGuire, a Toronto resident, has been staying here with his wife, Sheila, for about four weeks a year since they bought their home in 2012. They initially won a trip in a charity auction, and were immediately hooked.

“Island life is more relaxed than anywhere else,” he said. There’s a real “community feeling,” he noted, and you can walk or take a golf cart to everything. His grown children also spend time here, and much of the year the McGuires are able to rent the house to visitors via the club’s rental program.

Their bright blue pastel cottage, which Mr. McGuire describes as a “Bahamian beach house,” opens to a large deck overlooking Abaco Bay on the north side of the resort. Their second floor has another large deck, especially good for viewing sunsets.

The McGuires enjoy the area’s outdoor activities: They golf every day they can. Mr. McGuire runs in the morning while Ms. McGuire searches for exotic wildlife like the Abaco Parrot, and they spend time fishing or on kayaks chasing sea turtles.