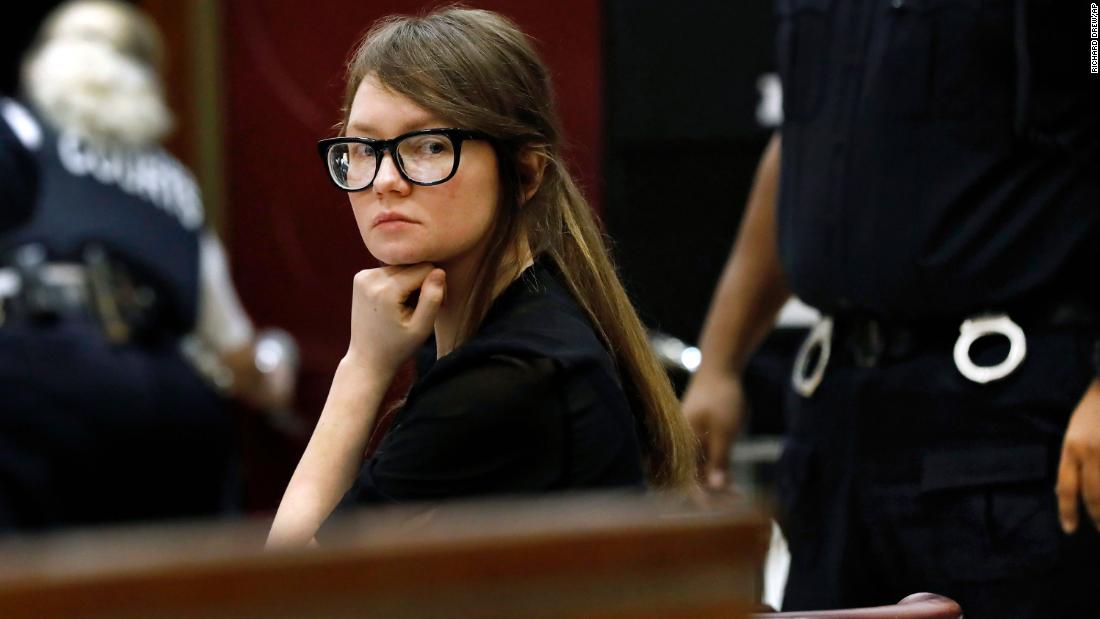 Her attorney had reportedly feared her deportation when he couldn’t reach her on Monday.

“She remains in ICE custody pending removal,” ICE spokesman Emilio Dabul said in an email to CNN Tuesday. The agency did not specify where Sorokin is currently being held and said it could not discuss any future deportation plans.

Attorney Manny Arora told NBC News on Monday that he hadn’t been able to reach Sorokin and was “working under the presumption that she is being deported.” Arora could not be immediately reached for comment.

He told NBC that attorneys were given a month to appeal when a deportation order was signed on February 17.

“Legally, they should not be able to deport her until the 19th. … But we are dealing with bureaucracy, and there are numerous filings in her case, so you just never know if there was a paperwork error,” Arora said, according to NBC.

Sorokin duped victims out of money by pretending to be a German heiress called Anna Delvey with a $60 million trust fund.

She was found guilty of stealing more than $200,000 from banks and friends while scamming her way into New York society, the Manhattan District Attorney said after her 2019 conviction.

Sorokin was released from jail in February 2021 after serving nearly four years on theft and larceny charges. But it wasn’t long before she ended up back behind bars.

ICE took custody of Sorokin on March 25, 2021. In November, the Board of Immigration Appeals granted an emergency stay in her case, according to ICE. She’s been fighting her deportation — and also recently joined a group of plaintiffs suing the agency, alleging they’d requested and been denied Covid booster shots while in custody.