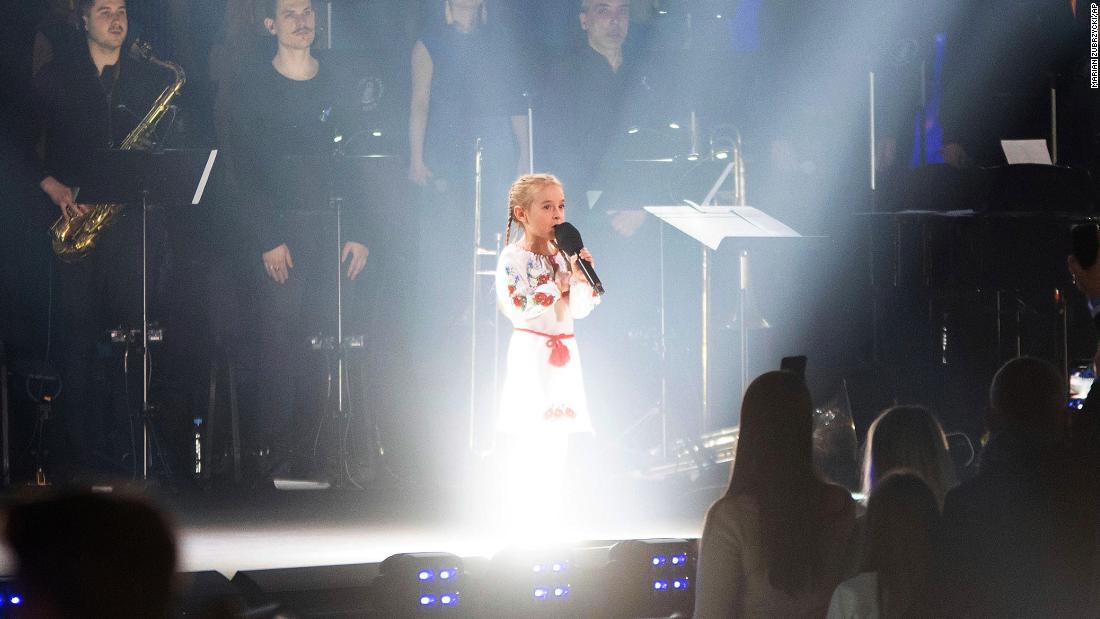 Amellia Anisovych, who is 7, according to the BBC, sang the national anthem for an audience of thousands at a benefit concert for her country called “Together With Ukraine.” Artists from Poland and Ukraine performed at the event, which was held to raise funds for the aid organization Polish Humanitarian Action, according to the Polish TV station TVN.
Footage from the concert, held at an arena in the Polish city of Łódź, showed Amellia taking the stage before a rapt audience. Though she appeared overwhelmed as she walked to her mark, she seemed to find her confidence and pride when she started to sing.

Amellia’s talents first went viral earlier this month, when a woman staying in a Kyiv bomb shelter met Amellia and asked her to sing for those seeking safety. The girl launched into an impressive and impassioned performance of “Let It Go,” her blonde hair braided behind her like the “Frozen” queen Elsa.

“It’s hard to say anything after that except thank you, Amellia,” he said. “Thank you for that grace.”

It wasn’t immediately clear when Amellia evacuated Ukraine and arrived in Poland. The BBC reported that she’s staying with her grandmother in the host country.